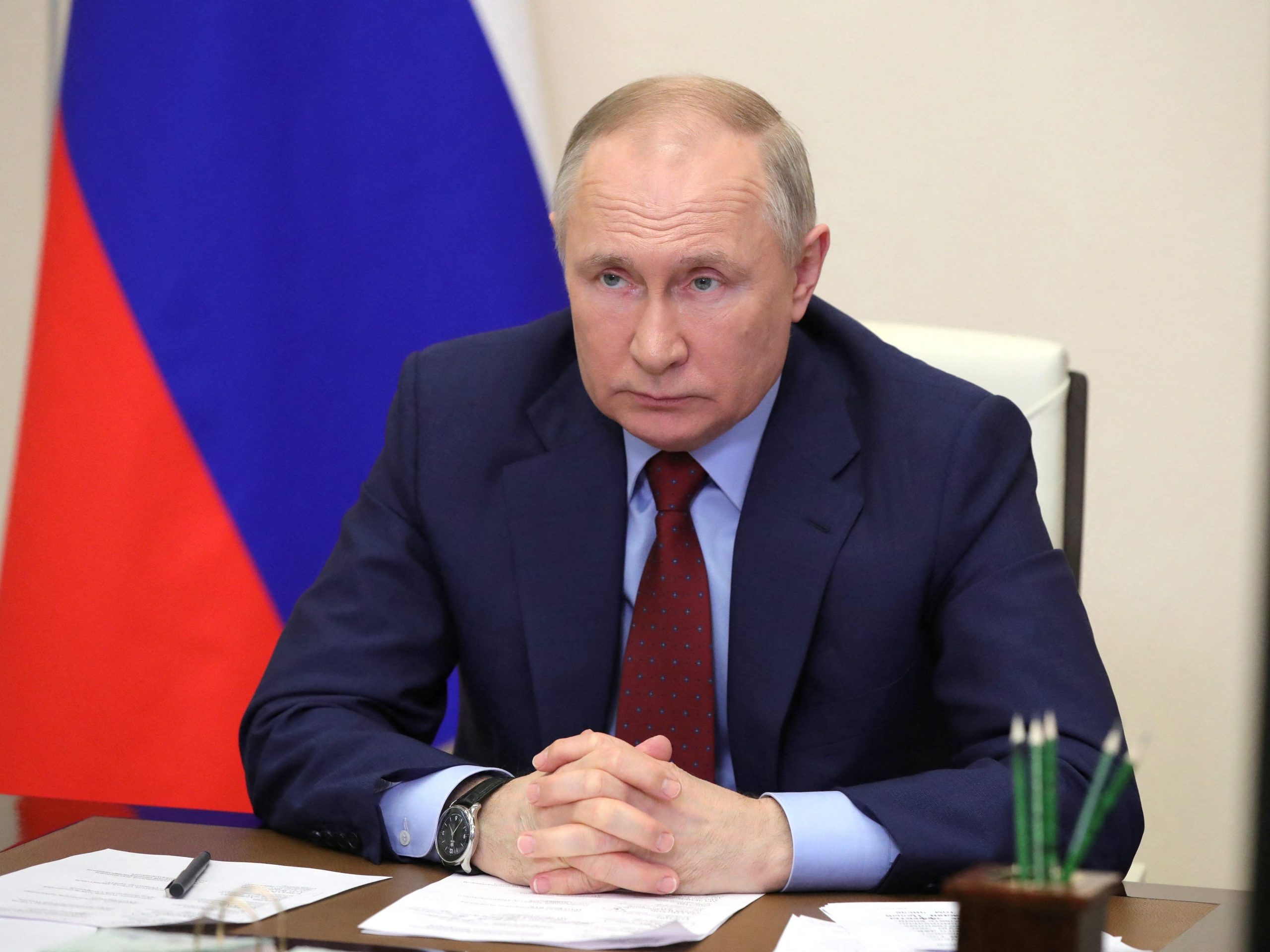 At a regular meeting with his government on Tuesday, Russian President Vladimir Putin reported a series of positive economic developments.

Unemployment, Putin said, is at the “lowest historical level in Russia in April and May,” according to an official transcript from the Kremlin, and “inflation is zero now.”

“The number of jobless, far from increasing, even decreased a little,” the Russian leader added, calling it “a very serious achievement.”

The developments come more than three months after Russia invaded Ukraine on February 24. The country is facing hard-hitting international sanctions and boycotts — but Putin’s statements indicate Russia’s economy continues to hold up. Inflation has slowed, and unemployment remains steady at around 4%, according to Rosstat, Russia’s government statistics bureau.

However, a foreign affairs analyst told Insider it’s possible the statistics have been manipulated.

“The Russian government obviously has an incentive to try to hide the economic impact of Western sanctions,” said Andrew Lohsen, a fellow in the Europe, Russia, and Eurasia Program at the Center for Strategic and International Studies. “So if there was a way to creatively account for joblessness and try to hide the true impact of unemployment, then I think that’s something that the Russian government will absolutely resort to. It makes perfect sense,” he said.

Some economists are already painting a less optimistic picture of Russia’s economy. In May, Robin Brooks, the chief economist at the Institute of International Finance (IIF) trade group, tweeted that “Russia’s economy is imploding.” It’s expecting to see a GDP collapse of 30% by the end of 2022.

For now, Russia has managed to prop up its economy. It’s expected to rake in more money from oil and sales gas in 2022 than it did last year, thanks to soaring energy prices, according to Bloomberg Economics. At the same time, it’s enacting a series of policy moves to soften the blow of sanctions for its populace by taming inflation and preserving jobs.

Here’s how Russia has managed to put the brakes on inflation and stave off massive unemployment so far.

‘Financial repression’ is propping the ruble up — and capping consumer prices

Russia’s inflation rate soared after it invaded Ukraine, rising 17.1% on-year in May, according to Rosstat. But while weekly price increases peaked in early March, they have been slowing ever since. Prices were lower on-week for the week ending June 3, per Rosstat.

In statement on June 2, Russia’s central bank attributed slowing inflation primarily to a stronger ruble. The Russian currency is the world’s best-performing currency, gaining about 30% against the US dollar this year.

Moscow has managed to prop up the ruble through a slate of capital control measures, including ordering companies to convert up to 80% of their foreign currency earnings into rubles. The energy powerhouse has also managed to compel Western European companies, such as German energy giant Uniper and Italy’s Eni, to open special accounts to pay for their Russian natural gas imports in rubles — or risk their fuel getting cut off. The moves generate demand for Russian rubles and support its value, keeping inflation in check.

A drop in exports also helped to support the ruble as importers now have less demand for foreign currencies, the Russian central bank wrote in a May report, as reported by Interfax.

“I would say that the trading price of ruble is not the best indicator of the health of the Russian economy, but more for the average Russian person who gets paid in rubles and spends in rubles,” Lohsen told Insider.

Instead, it’s more a reflection of how much the Russian economy has changed since the invasion of Ukraine triggered sweeping sanctions.

“The reality is: That foreign exchange rate that you see reflects a lot of financial repression,” Hassan Malik, a senior sovereign analyst at Boston-based investment management consultancy Loomis Sayles, told Insider. He was referring to a phenomenon where government policies are implemented to achieve certain economic outcomes, but at the cost of hindering the proper functioning of capital markets.

“The capital flow regime that operates in Russia today is totally different from what was operating in the beginning of February, prior to the invasion and prior to the sanctions,” he added.

The Kremlin has devised programs to preserve jobs

Since Russia’s invasion of Ukraine, international companies have been leaving the market in droves — but data from Rosstat shows employment holding steady around 4%.

That’s mainly because the exodus has been orderly and “translating boardroom decisions into on-the-ground action takes time,” Malik said. That’s exactly what IBM, for one, did: In a memo to staff on May 30, IBM chairman and CEO Arvind Krishna announced an “orderly wind-down” of business in Russia.

“I attribute the persistence of relatively low levels of unemployment to labor-hoarding amongst state-influenced sectors, including by SOEs but also by foreign firms looking to engage in an orderly wind-down of their Russian operations,” Malik said, referring to state-owned enterprises. The practice of “labor-hoarding” involves retaining more workers than a business needs rather than laying them off.

The Russian government has also been trying to preserve employment through implicit pressure on employers — a tactic Putin’s regime has been using through the years, said Malik. This has contributed to a flurry of deals involving foreign companies selling their business and stakes in their Russian operations to local buyers who would continue running them under a different brand.

In May, for example, McDonald’s sold its business in the country to a local licensee. The deal requires that the buyer continue employing and paying all of McDonald’s staff in Russia for two years after the takeover, according to a McDonalds statement.

“Putin’s stress on the headline unemployment rate in his recent Kremlin meeting with officials being low suggests to me that the strategy is to keep informal pressure on large employers to retain staff,” said Malik.

The clock is still ticking for Russia

Even so, Russia may eventually run out of time when the commodities rally stall and as sanctions gnaw their way through the economy.

Elina Ribakova, the deputy chief economist at the Institute of International Finance, told Grid News that “within this year, we will see the effect on Russian economy as companies start to run out of parts or equipment and have to start laying people off or putting them on unpaid leave.”

Russia’s economy is expected to shrink 8.5% in 2022, with a further decline of 2.3% in 2023, the International Monetary Fund projected in an April report. That would be the economy’s largest decline since the years following the fall of the Soviet Union in 1991.