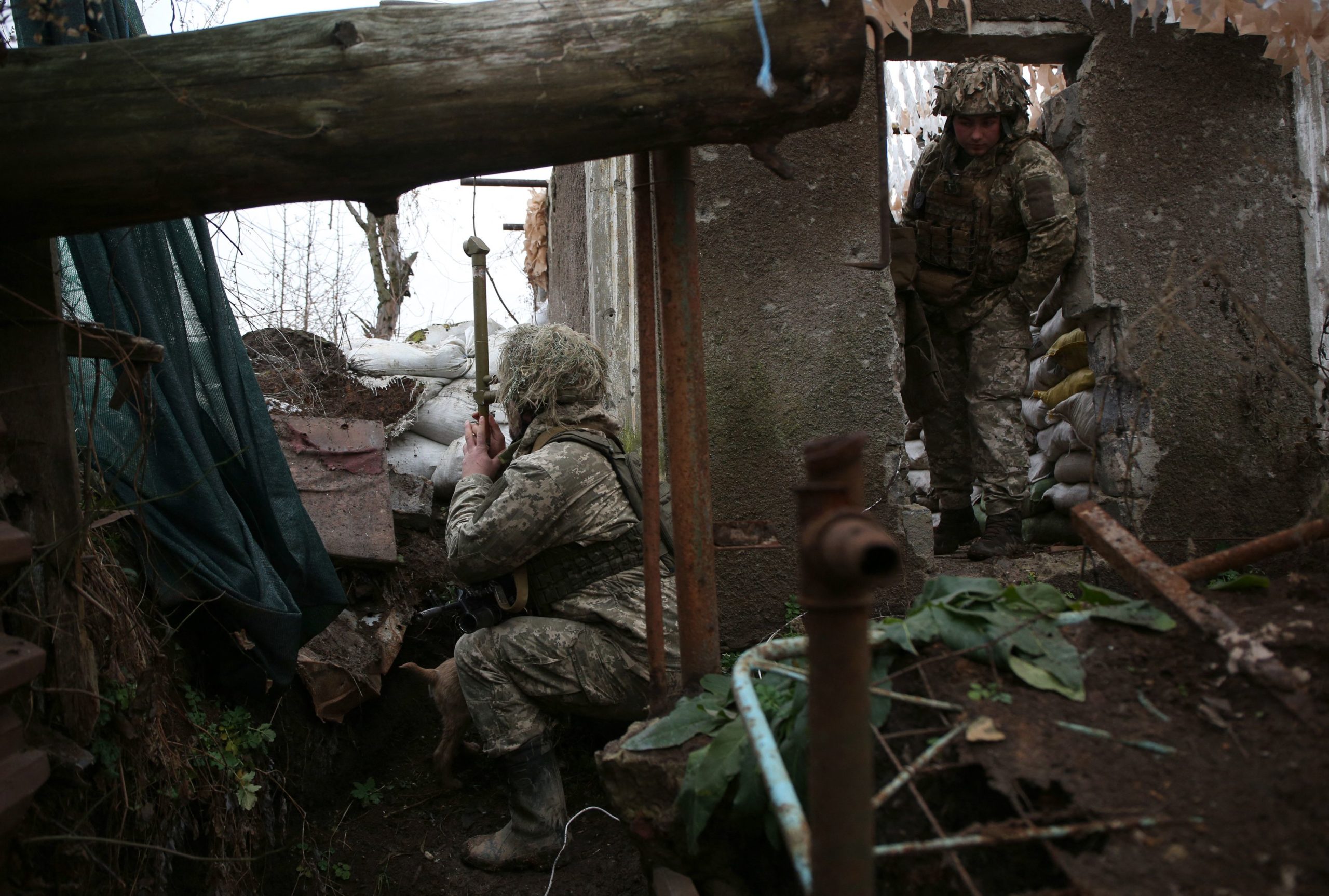 Shoygu did not provide evidence for his allegations, which he read from a prepared statement at a gathering of Russia’s top military commanders with President Vladimir Putin in attendance. The charges come as top officials from the U.S. and its NATO allies have issued repeated warnings about Russian troops massed on the border with Ukraine, and that Moscow may try to invent provocations to justify a new invasion or military strike.

The allegations by Shoygu, who is often mentioned as a potential successor to Putin, mark a serious escalation by the Kremlin in its complaints about U.S. and NATO support for Ukraine, effectively accusing the West of sending mercenaries to engage in potential war crimes.

Last week, Russia issued a series of demands of the West, including a hard guarantee that Ukraine and Georgia will never join NATO. U.S. President Joe Biden has agreed to discuss Russia’s concerns, but has also urged the resumption of peace talks in the Normandy format, sponsored by France and Germany.

In his public remarks, which were posted on the Kremlin website, Shoygu accused the Ukrainian government in Kyiv of planning an attack on Russian-backed separatists that for nearly eight years have occupied large swaths of the Donetsk and Luhansk regions, with financing and weapons supplied by Moscow.

“The desire of the North Atlantic Alliance to involve the Ukrainian armed forces in its military activities poses a threat to security, taking into account the attempts of Kyiv to solve the problem of Donbas by force,” Shoygu said.

“The military development of the territory of Ukraine by NATO countries continues,” he said. “The situation is aggravated by the supply of helicopters, attack unmanned aerial vehicles, ATGMs [anti-tank guided missiles] by the United States of America and its allies. The presence of more than 120 employees of American private military companies in the settlements of Avdiivka and Pryazovske in Donetsk region has been reliably established.”

“They equip firing positions in residential buildings and at socially significant facilities, prepare Ukrainian special operations forces and radical armed groups for active hostilities,” Shoygu said. “To commit provocations, reserves of an unidentified chemical component were delivered to the cities of Avdiivka and Krasny Liman.”

Putin, in his remarks at the same meeting, reiterated his demands of the West, blamed the U.S. for the current tensions and complained yet again about the expansion of NATO to include former eastern bloc countries such as Poland.

“As you know, I proposed to the U.S. president to start negotiations on the elaboration,” Putin said.

He added that as a follow-up to his conversation with Biden earlier this month, “We sent our projects, which would rule out further expansion of NATO in the eastern direction and the deployment of offensive strike weapons systems in neighboring countries. As you know, the drafts of the corresponding treaties have been handed over to the American colleagues and the NATO leadership.”

Putin said U.S. and NATO were at fault.

“Why was it necessary to expand NATO?” he asked, adding: “What is happening now, the tension that is developing in Europe, is their fault. At every step, Russia was forced to somehow respond, at every step the situation was constantly getting worse, worse, worse, degraded and degraded. And today we are in such a situation when we are forced to decide something: we cannot allow the development of the situation that I mentioned.”

The U.S. and EU have threatened to impose “high impact” sanctions on Russia in the event of military escalation in eastern Ukraine.