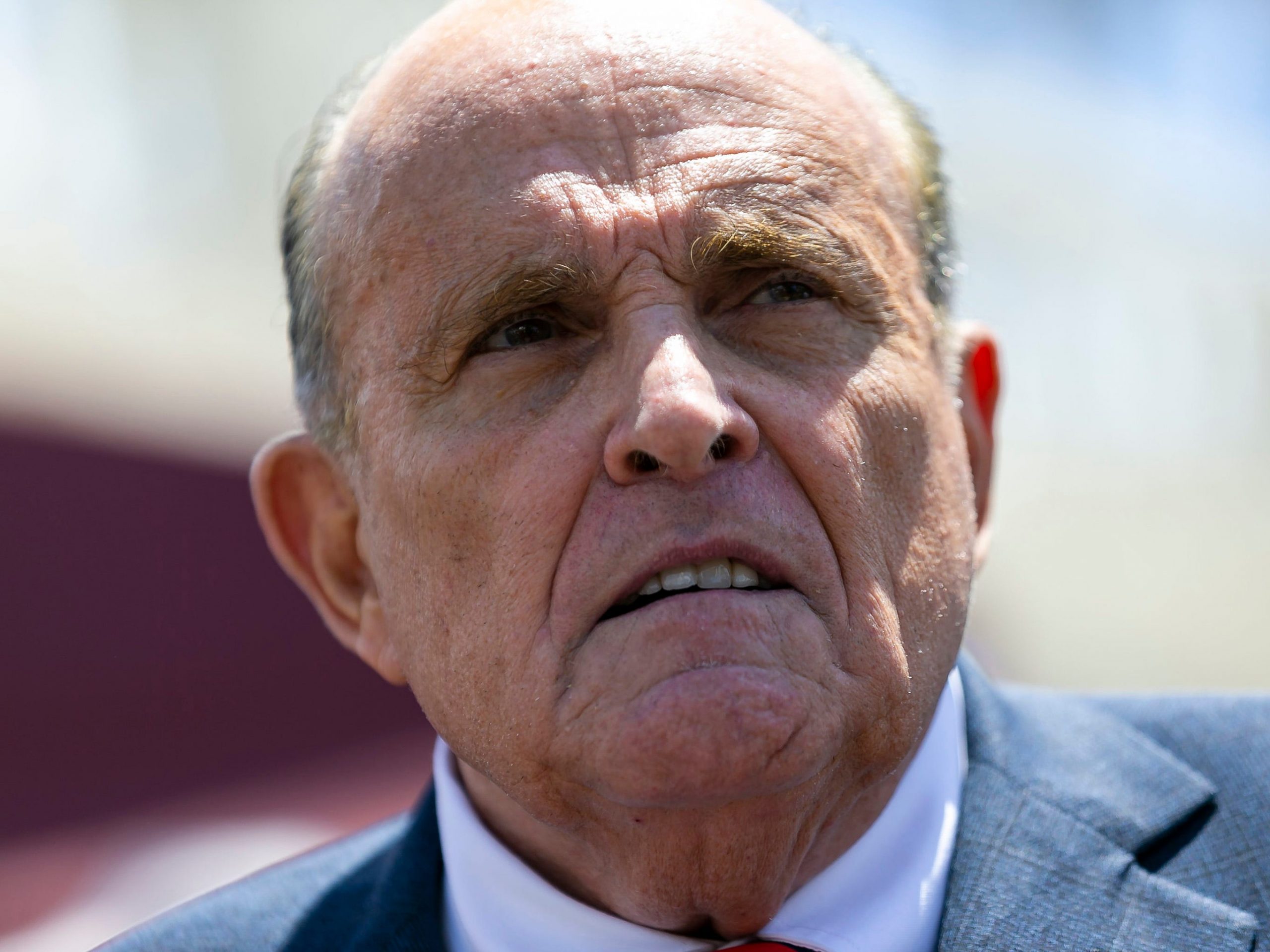 Rudy Giuliani was attacked by a supermarket worker while campaigning for his son in New York, according to The New York Post.

Guiliani was at a ShopRite on Staten Island where he was helping his son, Andrew, who is running as a Republican candidate for governor of New York.

Rita Rugova-Johnson, a witness, told the Post she was standing “shoulder-to-shoulder” with Guiliani when an on-duty employee slapped him on the back and said, “Hey, what’s up scumbag?”

According to Rugova-Johnson, the employee was arrested by law enforcement. The Post reported the suspect is a 39-year-old from Staten Island who will be charged with second-degree assault involving a person over 65 years old.

Giuliani told the Post he regained his composure after being hit.

Rudy Giuliani, Andrew Giuliani’s campaign, and Shoprite did not immediately respond to Insider’s request for comment.