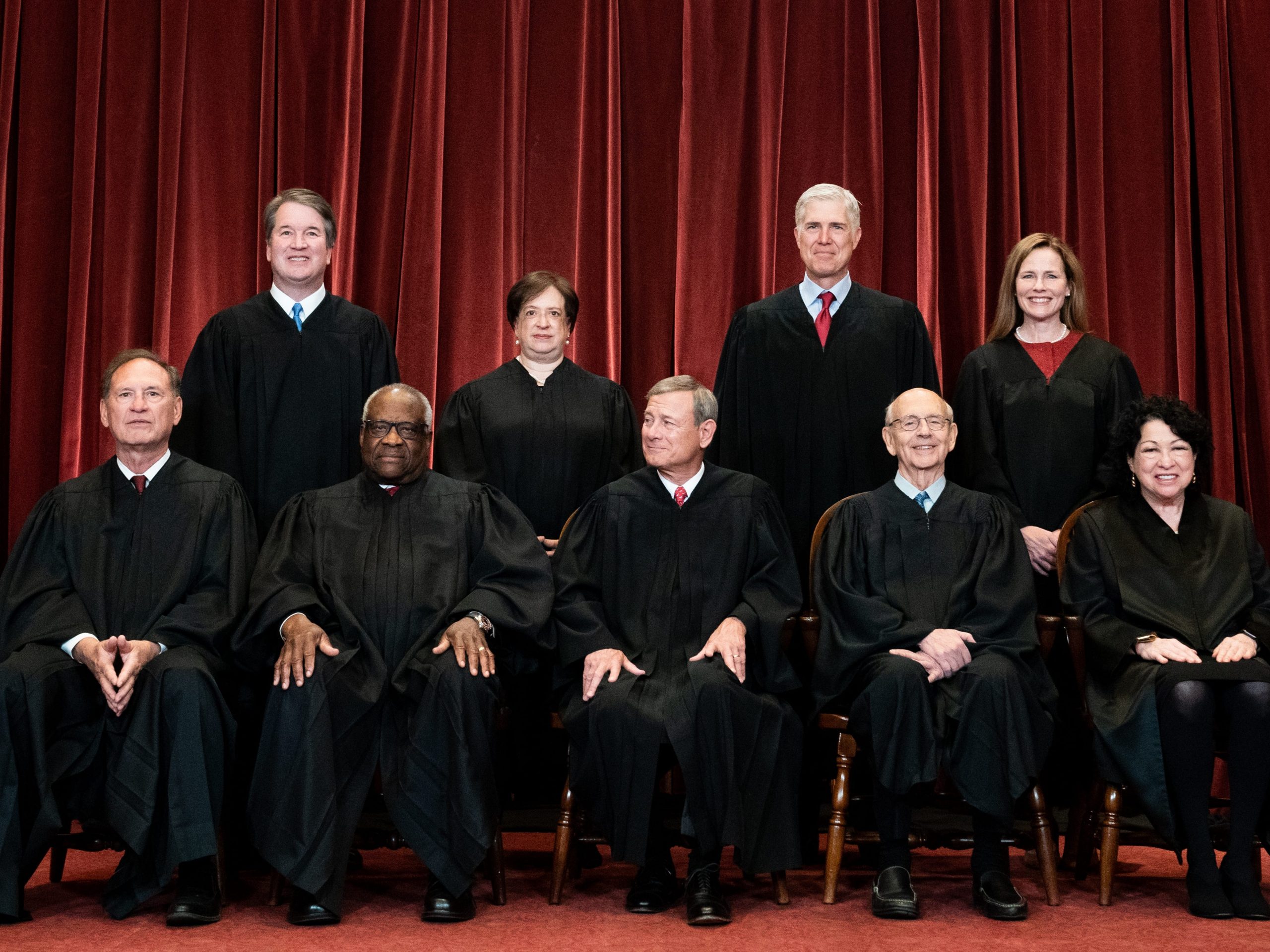 Members of evangelical organizations have discussed conservative issues with Supreme Court justices in elaborate dinners, according to reports by Politico and Rolling Stone, pushing right-wing ideas on issues including abortion, LGBTQ rights and gun legislation.

Peggy Nienaber, the vice president of Liberty Counsel — which describes itself as a “nonprofit ministry that operates a pro bono litigation program” — was heard in a video posted to YouTube bragging that her organization prays with sitting justices inside the high court.

“We’re the only people who do that,” Rolling Stone reported Nienaber told a YouTuber at an event celebrating the overturning of Roe v. Wade.

Though an amicus brief written by Liberty Counsel was cited by the conservative majority of the Supreme Court in its ruling to overturn Roe v. Wade last month, the organization denies close ties to the justices.

“The Rolling Stone article is false. The writers know it is false, but they chose to print the sensational story anyway. Since Liberty Counsel assumed the prayer ministry in 2018, now called Faith & Liberty, there has been no prayer with the Justices,” read a Liberty Counsel statement in response to the reporting. “Faith & Liberty prays for the Justices, not with them.”

In the YouTube video, Nienaber can be heard saying she prays with the Justices “right here on Capitol Hill.”

Representatives for the Supreme Court did not immediately respond to Insider’s request for comment.

Similarly, Rob Schenck, an evangelical minister and leader of a group called Faith and Action, told Politico that, between the years 1995 to 2018, he arranged for nearly two dozen couples to fly to Washington to share expensive dinners and evenings of entertainment with Supreme Court Justices Clarence Thomas, Samuel Alito, and the late Antonin Scalia.

The dinner program was called “Operation Higher Court” and Schenck told Politico he would coach the couples on discussing conservative issues with the justices while taking care not to specifically mention current cases.

“We would rehearse lines like, ‘We believe you are here for a time like this,'” Schenck told Politico.

In a 2001 article with the Christian magazine, Charisma, titled ‘Storming the Capital (sic) with Prayer,’ he detailed a meeting and prayer with the late Justice Scalia just hours after the Supreme Court handed down its decision involving the contested 2000 presidential election.

“The Supreme Court is the most insulated and isolated branch of the US government,” Schenck said in the 2001 article. “They do not interface with the public, so we’ve literally had to pray our way in there each step of the way.”