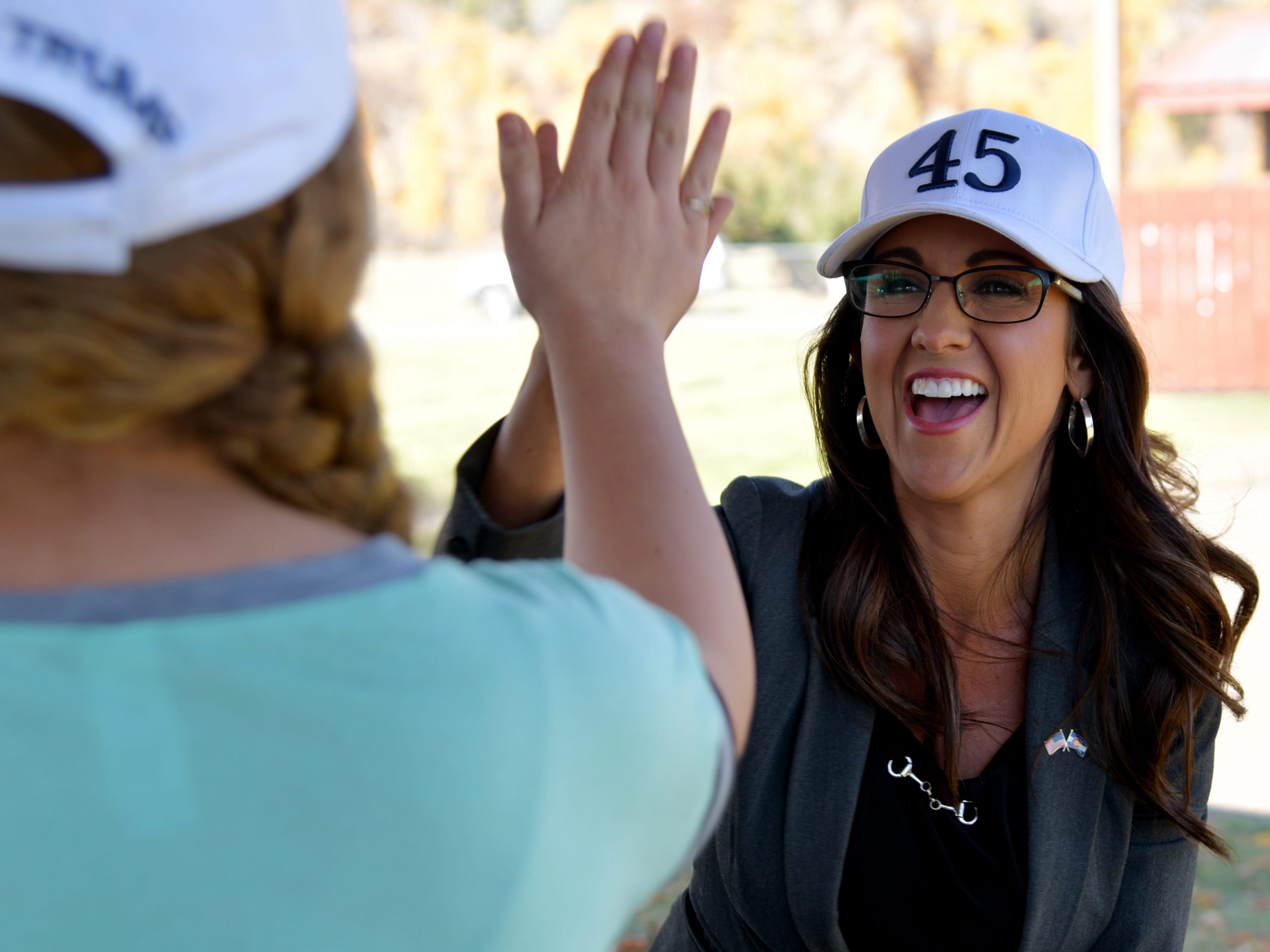 Rep. Lauren Boebert said “I was MAGA from day one” because she believed Donald Trump was an “outsider” in 2016 who stood up for working-class Americans.

“I even ordered a full cardboard cutout of him wearing a MAGA hat,” the Colorado Republican wrote in her new memoir in “My American Life,” released on Tuesday.

In her book, Boebert wrote about being worried that the nascent politician “weakened his stance” on gun rights when he became president by showing support for “red flag” laws and banning bump stocks for guns after mass shootings.

Boebert is a gun enthusiast and Second Amendment activist who drew the attention of the DC Metropolitan Police Department by vowing to carry her concealed Glock pistol around the Capitol campus and initially balked at going through the metal detectors placed outside the House chamber following the deadly attack on January 6, 2021. She wrote that she believed Trump had “taken some bad advice” on the issue from RINOs (Republican In Name Only) in Washington, DC. Friends and customers at her restaurant Shooters Grill were “ready to hop off the Trump Train if he didn’t defend their gun rights,” she added.

“The president was on a path to losing a very important part of his voter base and might not have even realized it,” Boebert wrote.

She wanted to score a meeting with Trump “to straighten him out on all this.”

That chance would come when Trump called after she won her GOP primary in 2020. “The conversation shifted to my carrying a gun and the importance of the Second Amendment,” Boebert wrote. “Somehow, I found the brass to tell him he hadn’t done the best job of defending our gun rights and encouraged him to never allow them to be taken away.”

Still, she wrote that “you can never overstate the sheer thrill and excitement of receiving a phone call from the President of the United States.”

She later visited Trump in the Oval Office with two other newly-elected representatives after she won her election and he lost the 2020 presidential election.

“Though the President was welcoming, cordial, and seemingly happy, you could tell the weight of his own election issues was undoubtedly present,” she wrote.

As he gave them a tour of the Oval Office, she told him “part of my faith is that believers will lay hands on people for good blessings. So, I placed my hand on his arm and said a short prayer as he closed his eyes and nodded.”

Last summer, Boebert tweeted out a video of a field trip she took to Trump’s unfinished border wall. Her companion was a cutout of Vice President Kamala Harris, which she left behind.