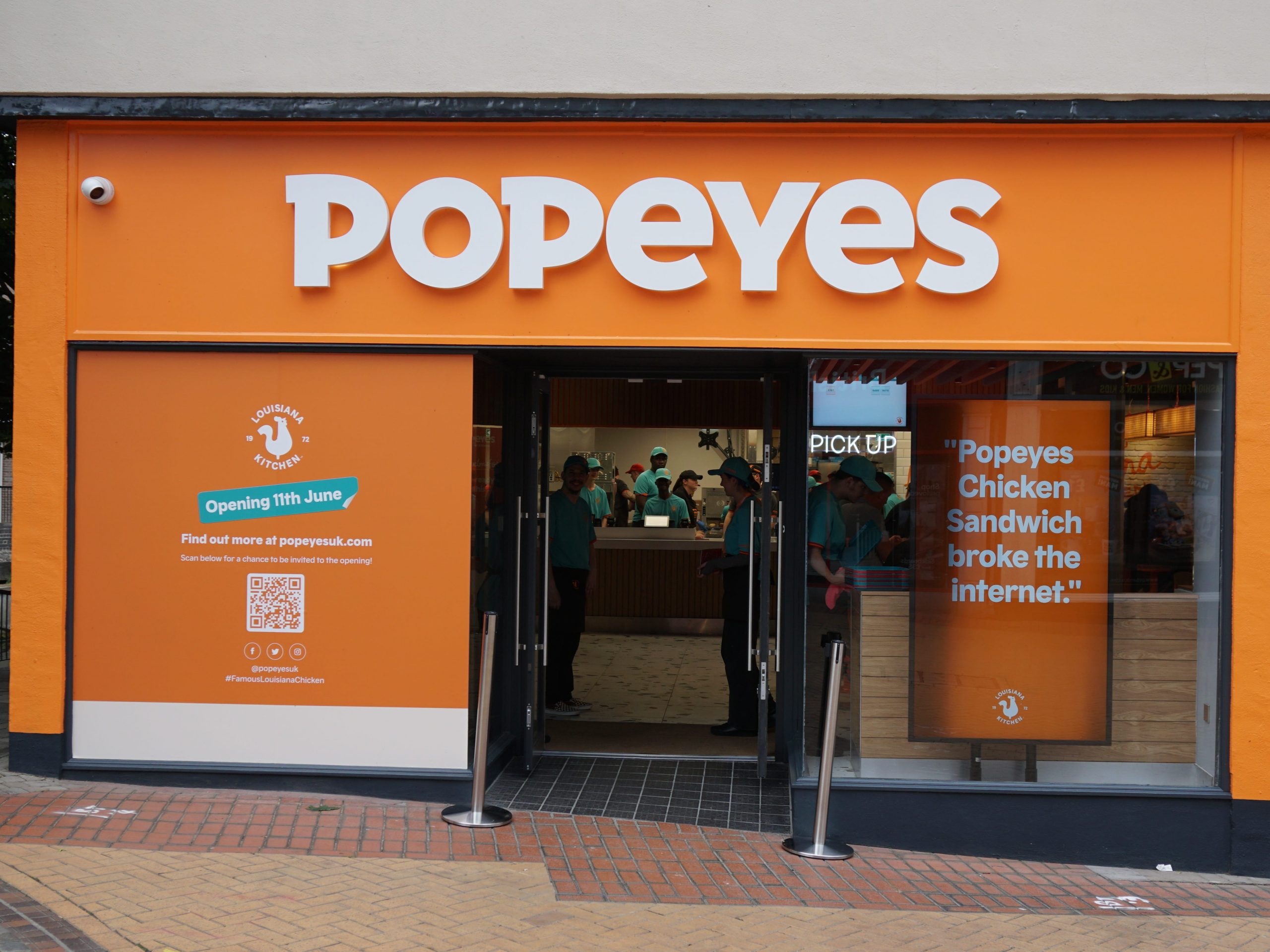 Popeyes in Chelmsford, east of London, opens on Saturday.

US fast food chain Popeyes is opening its first full outlet in the UK this weekend in Chelmsford, east of London.

The chain, one of the main players in the US fried chicken sandwich wars two years ago, plans to expand rapidly in Britain, adding to its 3,500 stores around the world.

The CEO of Popeyes UK, Tom Crowley, says the fried chicken market remains underdeveloped in the UK despite the plethora of chicken shops. The Spicy Chicken Sandwich Deluxe is one of Popeyes’ core menu items.

Backed by its owner Restaurant Brands International, which also controls Burger King and Tim Hortons in the UK, Crowley told Insider that Popeyes was the “right brand at the right time.”

The Stratford outlet quickly became the chain’s most profitable financially globally, signalling strong demand for its products from British consumers.

Popeyes will soon open another eight restaurants in the UK. They will be in Romford, east London; Ealing Broadway in the capital’s west; the Metrocentre mall in Gateshead; and Nottingham, Oxford, Cambridge, Brighton, and Reading.

Crowley said finding the right locations was important, adding: “We’re ambitious. We can see the opportunity, but we do take it one restaurant at a time.” The chain offers table service at its restaurants.

Drive-throughs are a crucial part of its business in the US and they will be central to its British expansion along with delivery services, he said. The company aims to have 350 UK restaurants by 2031.

Despite soaring inflation, Crowley said Popeyes aimed to keep prices in check by cutting overheads and not reducing quality.

Each restaurant will continue to make every menu item, such as its signature “shatter crunch” chicken breading and fresh pickles.

“We’re particularly good at being creative and nimble to find a way. We’ve got through the pandemic. Now, we’ll get through this,” Crowley told Insider.