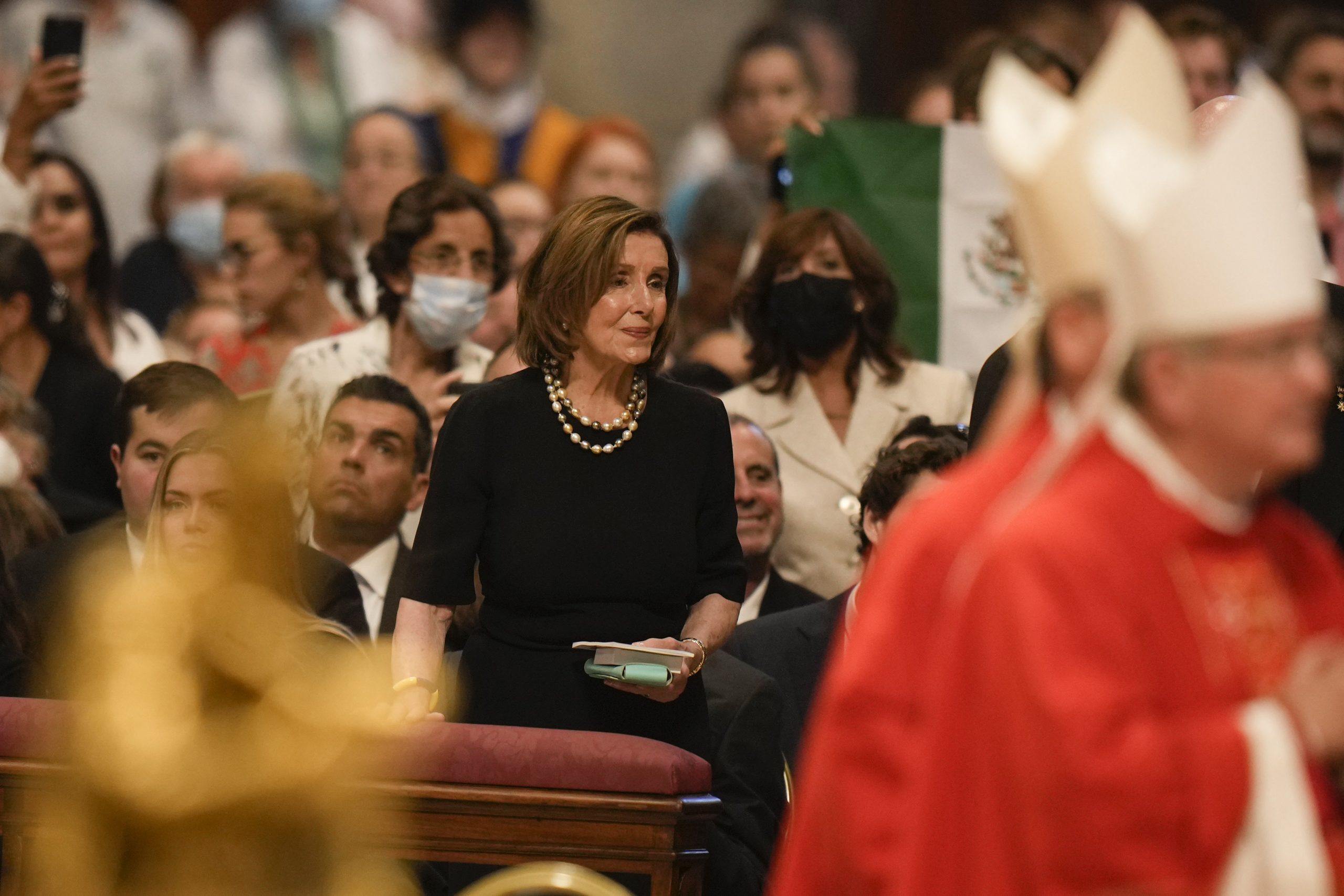 U.S. House Speaker Nancy Pelosi met with Pope Francis on Wednesday and received Communion during a papal Mass in St. Peter’s Basilica, witnesses said, despite her position in support of abortion rights.

Pelosi attended the morning Mass marking the feasts of St. Peter and St. Paul, during which Francis bestowed the woolen pallium stole on newly consecrated archbishops. She was seated in a VIP diplomatic section and received Communion along with the rest of the congregants, according to two people who witnessed the moment.

Pelosi has done neither. She called the recent Supreme Court ruling removing constitutional protections for abortion an “outrageous and heart-wrenching” decision that fulfils the Republican Party’s “dark and extreme goal of ripping away women’s right to make their own reproductive health decisions.”

And she has spoken openly of her Catholic faith, including at a diplomatic reception at the residence of the U.S. Embassy to the Holy See on Tuesday evening marking Independence Day.

Speaking to a crowd of ambassadors, Vatican officials and other Rome-based Americans, Pelosi spoke about the Catholic virtues of faith, hope and charity and the important role they play in the U.S. Embassy’s mission.

“Faith is an important gift, not everyone has it but it is the path to so many other things,” she told the crowd.

Pelosi met with Francis on Wednesday before the Mass and received a blessing, according to one of the Mass attendees.

Last year, President Joe Biden, another Catholic who also supports abortion rights, said after meeting with Francis that the pontiff told him to continue receiving the sacrament. Biden later received Communion during a Mass in a Rome church that is under the authority of Francis as bishop of Rome.

Pelosi’s partaking of the sacrament inside the Vatican during a papal Mass was even more significant, and a sign of Francis’ unwillingness to refuse the sacrament. Francis has described the Eucharist as “not a prize for the perfect but a powerful medicine and nourishment for the weak.”

Asked about some U.S. bishops who wanted to refuse Biden the sacrament, Francis told reporters during an airborne press conference in September that priests shouldn’t be politicians and condemn their flock but should be pastors who accompany the faithful with tenderness and compassion.