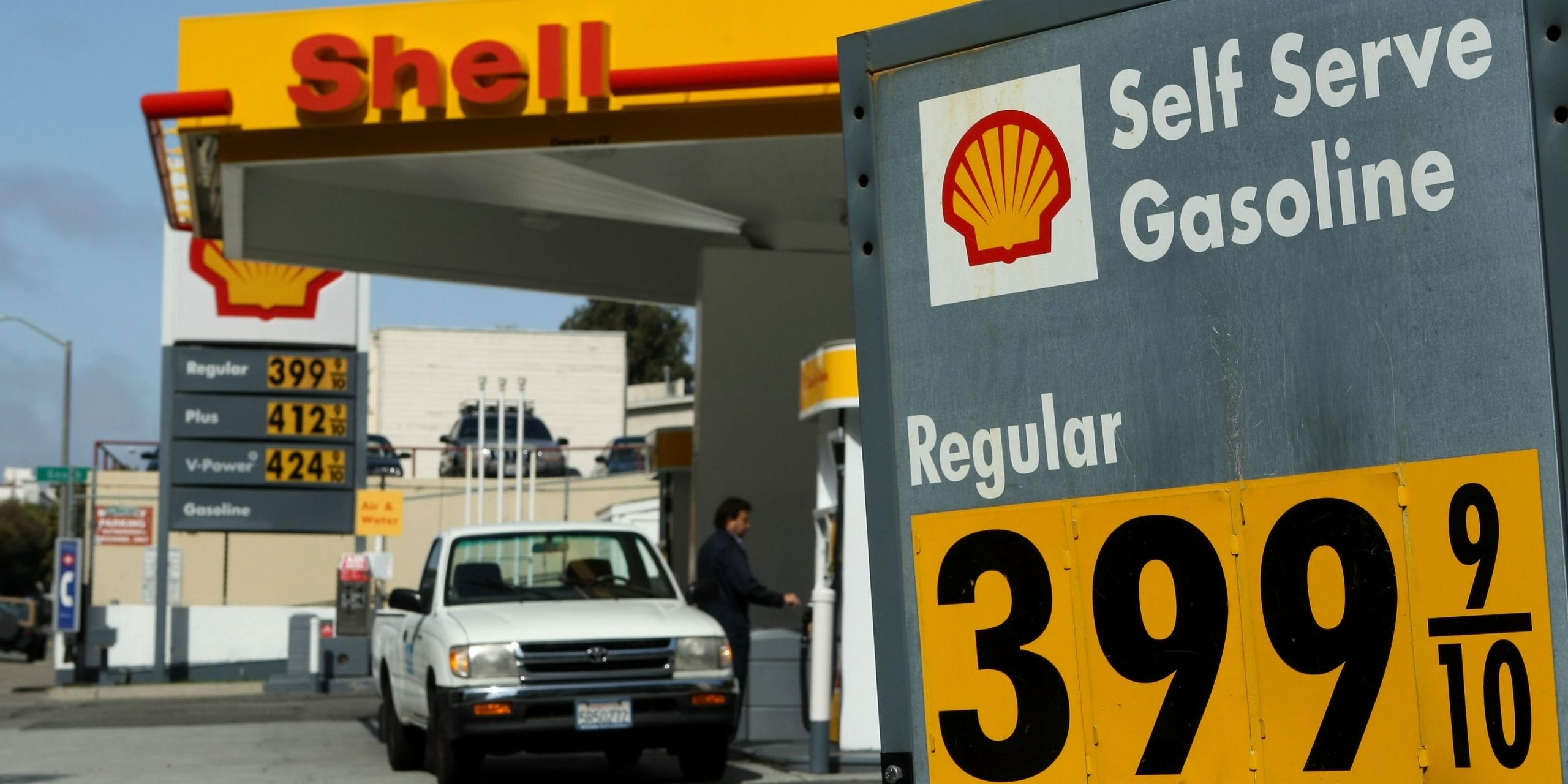 AN FRANCISCO – MAY 5: Gas prices are displayed at a Shell station May 5, 2008 in San Francisco, California. U.S. gas prices have shot up nearly fifteen cents in the past two weeks, bringing the national average price for a gallon of regular unleaded gasoline to $3.62. Gasoline prices have surged 55 cents since January 1, 2008

Oil’s recent dip is temporary, and prices could shoot up past $150 per barrel if Russian crude can’t be replaced, a Truist analyst said.

The European Union is phasing in an embargo on Russian oil that will take full effect later this year, while G7 leaders have discussed a proposal to impose a price cap. Some industry experts have warned that such moves could result in millions of barrels coming out of the market as Russia looks to retaliate by triggering a price spike.

“I think a lot of this, especially for oil, is going to go back to Russia,” Neal Dingmann, Truist’s managing director of energy research, told Yahoo Finance Live on Tuesday. “And I think you are going to see supply upended, if not at the end of the year, if not before. I think that has the potential to cause oil prices to even spike higher than what we just saw a couple months ago.”

On Wednesday, West Texas Intermediate prices were at $96.25 a barrel, and Brent crude was at $99.61, slipping below $100 in recent weeks after surging above $120 soon after Russia invaded Ukraine.

When asked how much more potential upside oil has, Dingmann replied “well over $150,” noting that there is almost no spare capacity among OPEC+ members or the US to produce more oil.

“Russian capacity comes offline, and I think you see a spike potentially 50% higher before the end of the year,” he warned.

Top suppliers are already struggling to keep up with demand, with OPEC falling short of its production quotas in June, Reuters reported.

“Between US and OPEC+, there’s no spare capacity,” Dingmann said. “The only true spare capacity, unfortunately out there, prior to all the issues, was in Russia.”

President Biden is set to travel to Saudi Arabia later this week and urge OPEC’s de factor leader to boost oil production. But Dingman is skeptical if the trip will result in any increases.

“I think it’s pretty much a fruitless trip,” he said. “Nearly all of the OPEC+ members would be producing more right now if they could.”