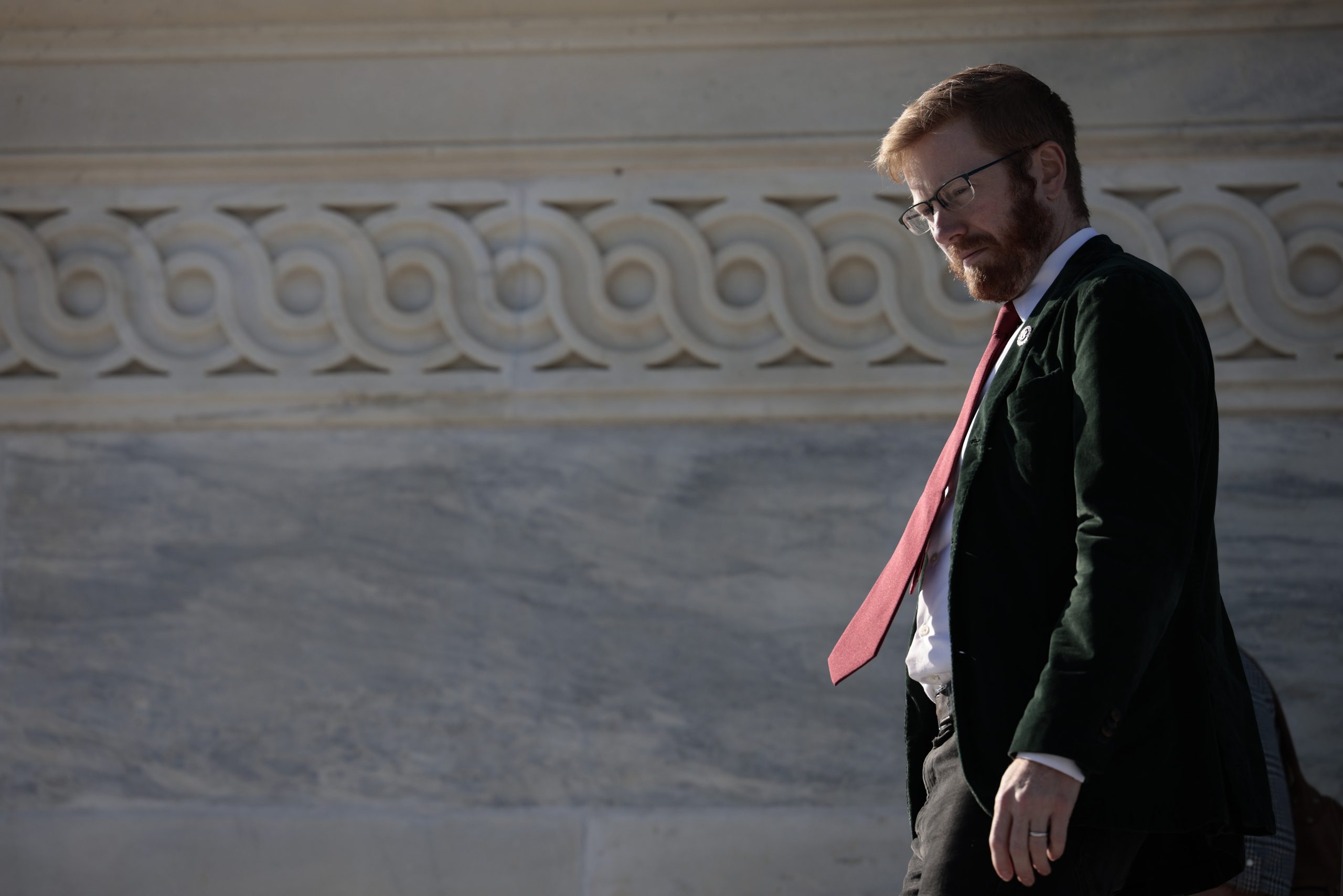 The next battle along former President Donald Trump’s impeachment revenge warpath is a GOP primary contest in western Michigan featuring a lopsided fundraising contest that favors one of his biggest congressional enemies — Rep. Peter Meijer.

Titled “Pure Michigan,” it highlights Meijer’s Iraq deployment in the Army Reserves and hints that he supports some of the former president’s signature policies, including building a border wall, but without mentioning Trump. “I am fighting for the values that run through every community and every person in West Michigan,” Meijer says.

“I’m running on my record as a proven conservative who is committed to upholding the Constitution and delivering results for West Michigan, and our first TV ad underscores this dedication,” Meijer told POLITICO in a statement.

Meijer, who is squaring off against John Gibbs, a Trump-endorsed former Housing and Urban Development official, has outraised his challenger by a more than 10-to-1 margin in the Grand Rapids-based district. Meijer has a $1.5 million war chest to Gibbs’ $81,000, and the incumbent has reserved $650,000 in television and radio ads through the Aug. 2 primary. On Tuesday, the ad-tracking firm AdImpact reported a $37,365 buy from Meijer in the Grand Rapids media market.

Meijer’s primary campaign is yet another test of whether Trump’s endorsement can elevate a MAGA challenger not just with voters but among donors, and of the former president’s sway in a district that skews suburban and Democratic.

Meijer isn’t the only candidate in Trump’s crosshairs for supporting his impeachment. On Tuesday in South Carolina, Rep. Tom Rice, who joined Meijer and eight other House Republicans in voting for Trump’s impeachment for his actions on Jan. 6, failed to advance to a runoff against state Rep. Russell Fry, whom Trump endorsed—a possible bad omen for Meijer’s chances.

Meijer and Rice, though, have taken different tacks toward messaging their impeachment votes. While Meijer doesn’t sidestep his vote, he also hasn’t made it the cornerstone of his re-election bid. Instead, Meijer has focused on President Joe Biden’s record on supply chain disruptions, inflation, and the disastrous withdrawal from Afghanistan, where Meijer flew last August on an unauthorized, secret bipartisan junket with Massachusetts Democrat and fellow veteran Rep. Seth Moulton. Rice, by contrast, has drawn attention to his impeachment vote during campaign events.

In Michigan, it’s increasingly evident that Trump’s endorsement of Gibbs has failed to spark a fundraising spree. For his main committee account, Gibbs has raised $227,502 since launching his campaign last November, compared to Meijer’s $2.3 million over the election cycle to date. Gibbs’s Great Lakes Leadership Committee—a joint-fundraising committee run by Jason Boles, the campaign’s treasurer who fulfills similar roles for Trump-aligned candidates Herschel Walker for Senate and Rep. Marjorie Taylor Greene in Georgia—raised $292,341 at a fundraiser held at Trump’s Mar-a-Lago estate in Florida earlier this year. It remains unclear how much Gibbs’s campaign will pocket from that haul. All together, Gibbs has access to $380,376.

What is clear is just how much money Gibbs’s campaign is willing to spend on Trump’s support: Earlier this spring, Gibbs’ campaign dropped $98,000 for “event venue and catering” at Mar-a-Lago—thousands of dollars more than he has in remaining campaign cash.

“By all appearances, he seems to be a clown of a campaign candidate and running an incompetent campaign,” said Jeff Timmer, the former executive director of the Michigan Republican Party and a senior adviser to the anti-Trump Lincoln Project. “That being said, he could still win, depending on what outside sources and independent committees do. It just depends on how badly Trump wants to put some lead on the target.”

A spokesperson for Gibbs did not immediately return a request for comment.

Among the five Trump-endorsed challengers who are opposing GOP candidates who voted for impeachment, Gibbs has raised the second-lowest amount—and the least amount from donors. Only Loren Culp, who is challenging Rep. Dan Newhouse in Washington, has raised less and has less cash on hand, with $191,319 and $23,543 respectively.

When Trump visited Michigan in April, he made fun of Meijer’s last name. “A guy who spells his name M-E-I-J-E-R but they pronounce it Meyer,” Trump said at a rally in Washington Township. “The hell kind of a spelling is that?” It is, in fact, a name emblazoned on supermarkets across Michigan and the Midwest and well known in households across his suburban district. Meijer is the wealthy scion of that supermarket chain’s founder, Frederik Meijer. “That name is worth a gazillion dollars in that district,” Timmer said.

Despite his funding advantage, Meijer faces a difficult path through the primary. A February poll found that in a hypothetical head-to-head matchup with Gibbs on an informed ballot, Meijer trailed Gibbs by 18 points, 19 percent to 37 percent, with the rest of voters divided among candidates who later dropped out or failed to gain ballot access. More than half of voters—55 percent—remained undecided. And Meijer was underwater with primary voters, with a 34 percent favorable and 50 percent unfavorable rating.

Even if Meijer prevails in the primary, he faces long odds in the general election. On the Democratic side, Hillary Scholten, who lost to Meijer in 2020, is running in a newly redrawn district that includes several large suburbs and is rated by POLITICO as a toss-up , and could favor Democrats if Gibbs can oust Meijer . The new district voted for Biden by 9 percentage points and has a small advantage in Democratic voter registration. On the other hand, Scholten only has $470,767 cash on hand.

“Even if Meijer gets through, if Democrats can get to anything close to a neutral macro-environment, Hillary Scholten’s going to win that district,” Timmer said.

“Peter Meijer is in panic mode trying to stave off his Trump-endorsed primary challenger and save his political career,” Democratic Congressional Campaign Committee spokesperson Helen Kalla said in a statement. “No matter who emerges from this brutal primary, Hillary Scholten is well-positioned to flip this seat blue in November.”