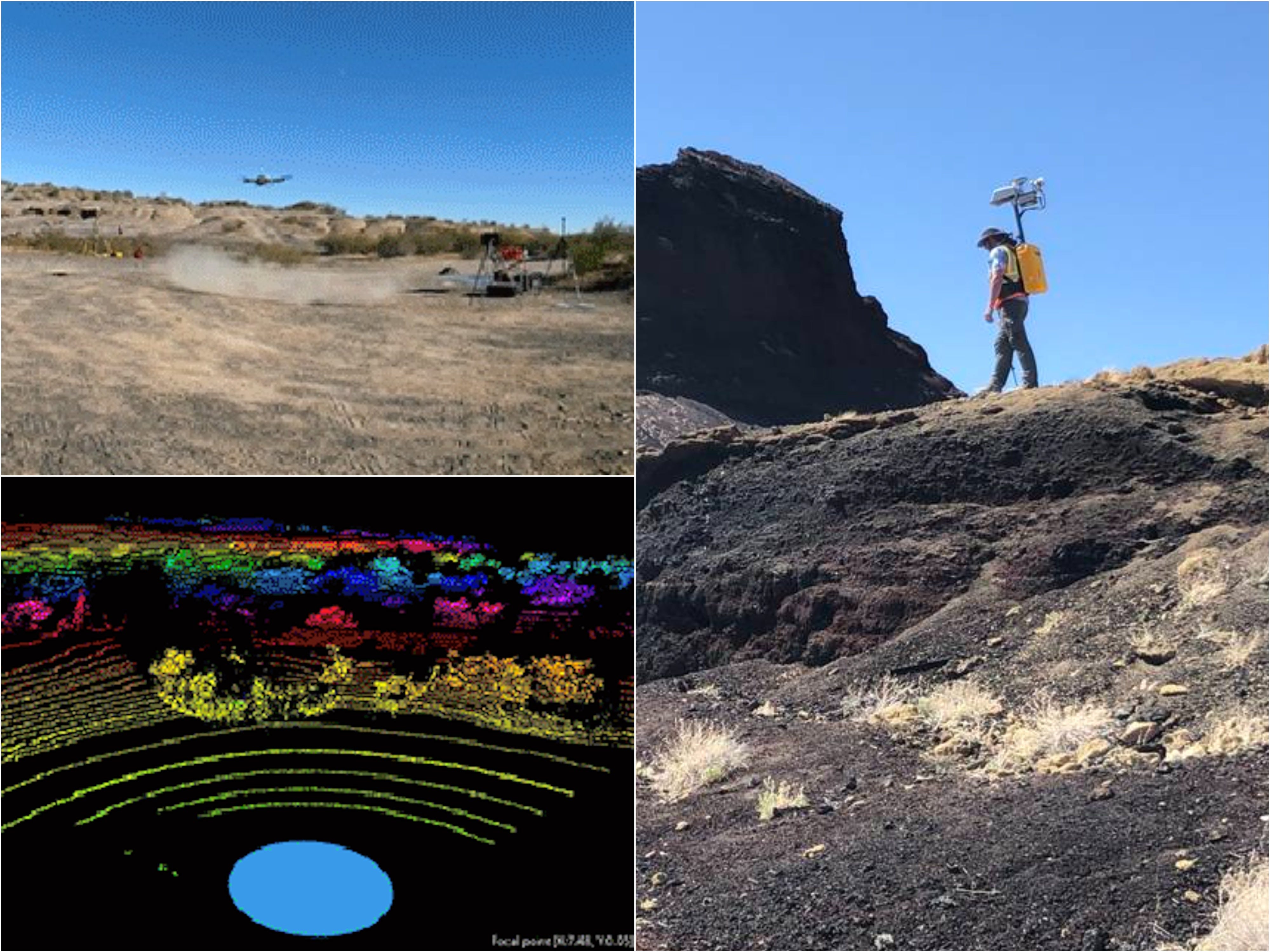 NASA has released images of a backpack-sized sensor it is developing to help astronauts navigate terrain in future expeditions to the Moon.

The Kinematic Navigation and Cartography Knapsack (KNaCK) is designed to help astronauts walk around areas that are uncharted or have with very low visibility, like the south pole of the Moon, NASA said in a release Wednesday.

The animation below shows what the landing of a drone would look like using this technology. The landing of a drone is seen using technology in the KNaCK backpack. Top right, the map is shown in a gradient of colors that shows how close or far an object is to the sensor. The colours in the bottom panel show how quickly something is moving on the map.

KNaCK is based on lidar, a technology that uses light the way a bat uses sound to echolocate. The sensor pulses the light to map out the surroundings of the astronauts in 3D. The dust kicked up by the drone is shown in rainbow colors to show how far away it is, and in blue to red scale to show how quickly it is moving.

In an environment like the Moon, there is no GPS to help with navigation as of now.

So the tool, which maps in real-time, can help the astronauts know how far they’ve come and how far the next object is, Dr. Michael Zanetti, who leads the KNaCK project in Huntsville, Alabama, said in the statement.

The sensor can be carried around as a small backpack and can also be mounted on rovers. The system could also help astronauts navigate areas where the visibility is very poor, like the south pole of the moon, where the sun never rises more than three degrees above the horizon, leaving much of the terrain in permanent deep shadow, per the statement.

The last time an astronaut trod soil that wasn’t on Earth was almost 50 years ago, when Gene Cernan left the Moon on December 19, 1972.

NASA aims to resume manned excursions to the Moon soon with its series of Artemis missions, which should include the first-ever visit to its south pole, per the statement.

Late last year, the agency pushed the timeline for its first human moon landing to 2025, prompting top officials to worry that China could beat the US there, as Insider previously reported.

The cornerstone of the Artemis missions is a type of mega-rocket called Space Launch System (SLS).

The first of the series was rolled out to its launch pad for a series of early testing called “wet dress rehearsal” for the first time last month. Work platforms are fully retracted at the Vehicle Assembly Building, revealing the full size of SLS, on March 16, 2022.

This was a momentous occasion for the rocket a decade in the making.

But after testing was delayed by bad weather and technical glitches that revealed a faulty valve, the rocket was taken off the launchpad and back to its assembly building last week. Lightning struck the launchpad of NASA’s new SLS rocket during its wet dress rehearsal testing at the Kennedy Space Center in Cape Canaveral, Florida on April 2, 2022.