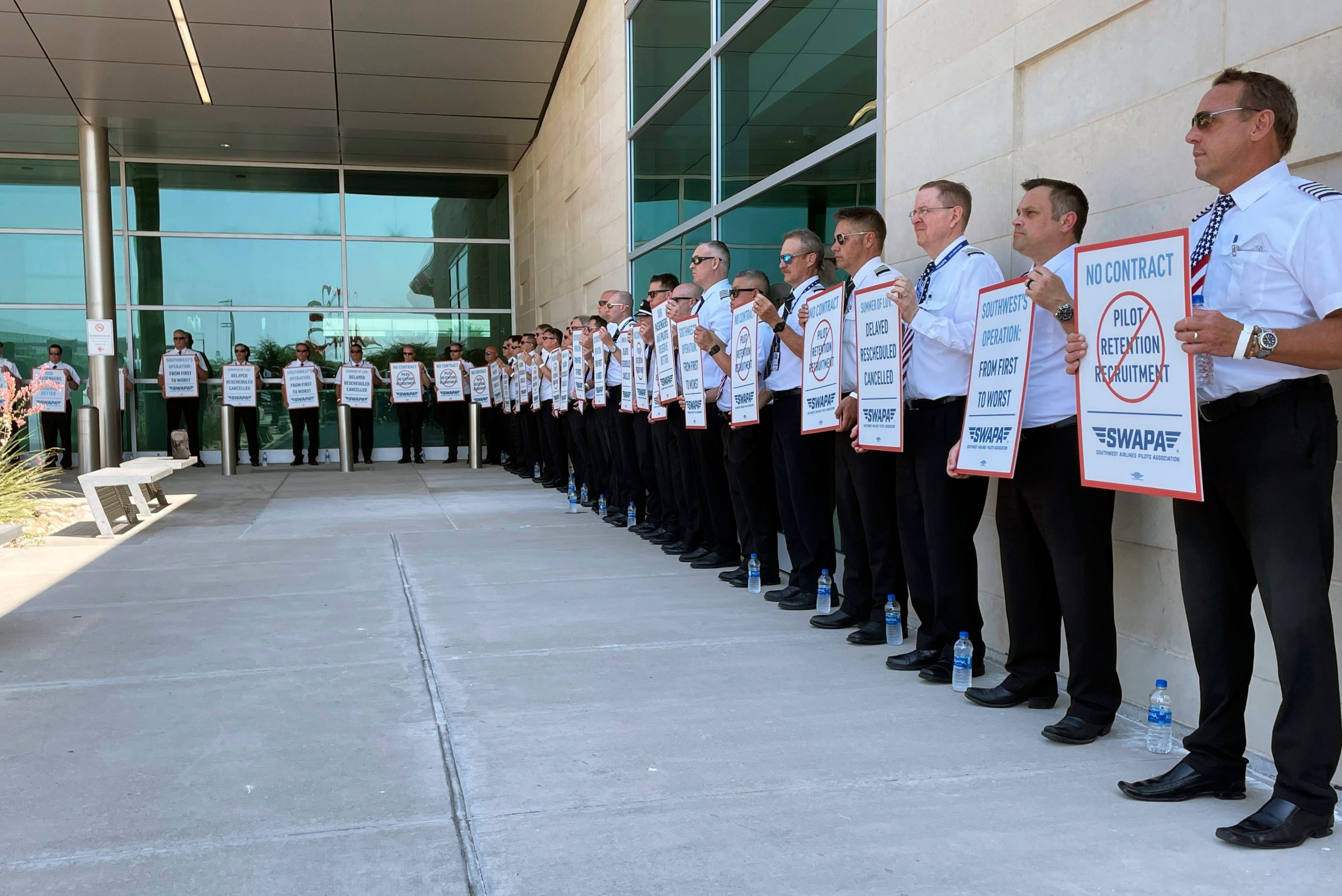 More than 1,300 pilots working for Southwest Airlines protested over pay and conditions outside a Texas airport on Tuesday, despite soaring heat.

The pilots, who belong to the Southwest Airline Pilots Association, stood in their uniforms in a long line for hours outside Dallas Love Field airport, the newspaper reported.

Photos below show them holding signs that read “Southwest’s operation: From first to worst,” “Our passengers and pilots deserve better,” and “Summer of luv: Delayed, rescheduled, cancelled.” The picket took place as temperatures hit almost 100 degrees in Dallas, according to weather trackers.

The union, which represents almost 10,000 Southwest pilots, was protesting over the company’s scheduling practices, including unfair working conditions and low pay, according to Dallas News.

The pilots’ association has said it’s in contract negotiations with the airline but has made little progress.

Casey Murray, its president, said Southwest has enough pilots but was not using them effectively, per the Dallas Morning News.

He also said Southwest’s flight schedule could lead to more delays and cancellations in the busy summer season. The union posted a statement on its website on Tuesday detailing the six reasons for its protest. They included statistics such as the number of times pilots in the association have volunteered to fly on their days off in the past year (164,084) and the number of times their schedules had changed over the past 12 months (312,084).

The pilots’ association and Southwest didn’t immediately respond to Insider’s request for comment.

A Southwest spokesperson told the Dallas Morning News the company was aware of the protest and respected employees’ rights to “express their opinions.” They also told the newspaper the protest shouldn’t have disrupted flights.

The protest comes as a pilot shortage hits the airline industry during the summer travel rush.

American Airlines CEO Robert Isom recently said the carrier had grounded about 100 regional jets due to a shortage of pilots.