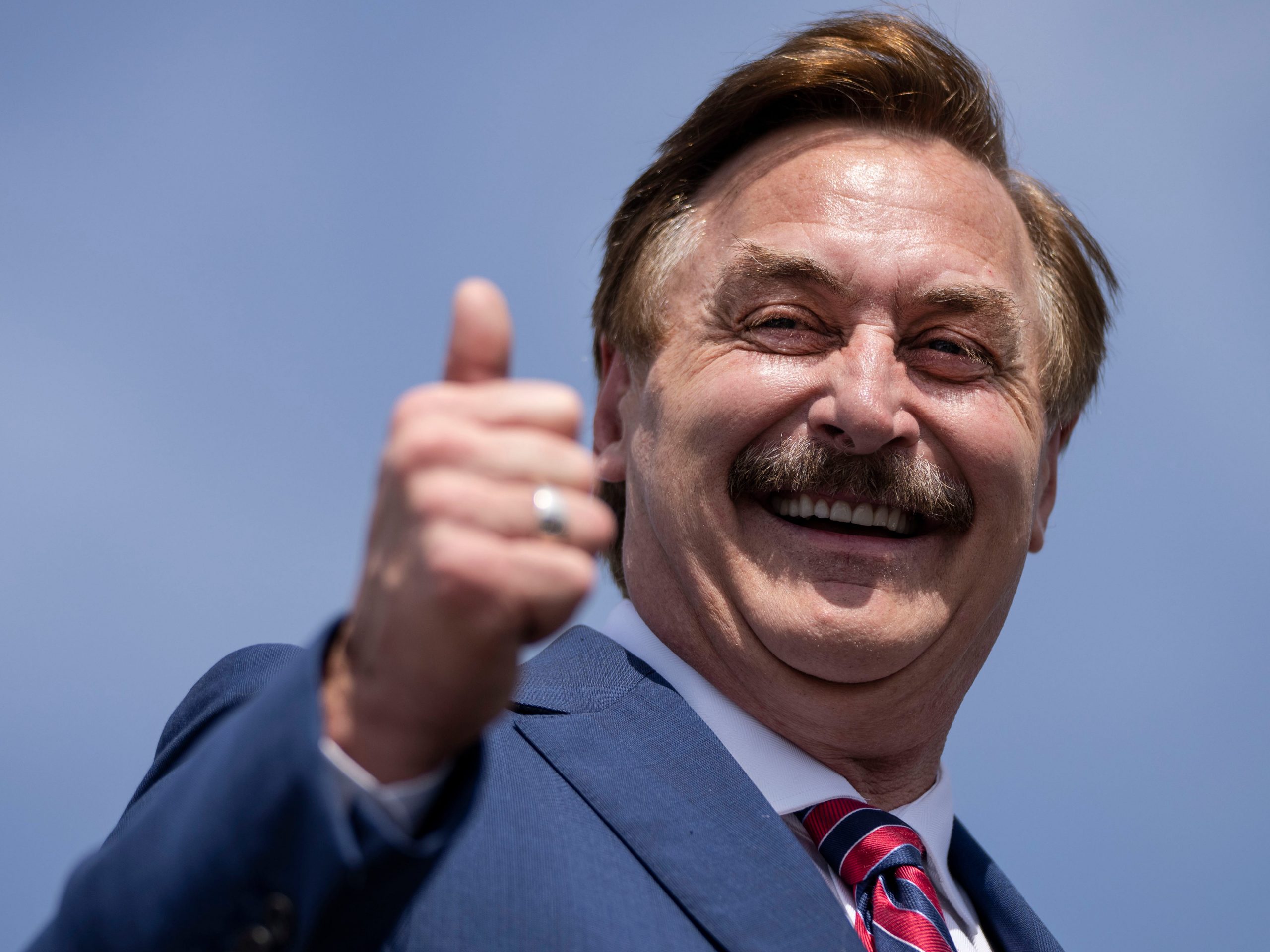 Mike Lindell said in April that he would be willing to speak to the January 6 committee if subpoenaed, as long as his testimony was televised.

MyPillow CEO Mike Lindell says that he tried to get a spot to testify before the January 6 committee and show them his “evidence” to prove former President Donald Trump’s baseless claims of voter fraud, but they did not want to talk to him.

Lindell made this statement during an appearance on Steve Bannon’s podcast, “War Room: Pandemic.”

Bannon asked Lindell if the committee had reached out to him to go through “all the voluminous material” he has about the 2020 election.

“No, they haven’t. And it’s really — that’s sad, too, because I’ve offered. I’d love to come to your committee as long as you nationally televise it, Ms. Pelosi,” Lindell replied, referring to House Speaker Nancy Pelosi.

Bannon then asked Lindell if former Attorney General William Barr ever reached out to him to talk about the “high-profile” evidence Lindell claimed to have.

“No. He’s actually avoided me, Steve. I mean, I put out stuff. I tried to get stuff to him in the past, and it’s a complete block,” Lindell said.

On Tuesday night, Lindell told Insider that he would “love to speak before that corrupt lying panel.”

“I would give them all the evidence of the biggest crime in history!” he said.

Lindell added that he had appealed to the January 6 panel multiple times to make an appearance but was ignored.

As for Barr, Lindell said he does not have a way to reach him directly. “People have told him of the evidence, and he chooses to be a traitor to the USA!” Lindell told Insider.

In April, Lindell told Insider that he would be willing to speak to the January 6 committee if subpoenaed, as long as his testimony was televised.

Lindell’s phone records were subpoenaed by the House select committee in January, after which he sued the committee and Verizon to block their release. However, unlike fellow Trump allies such as Rudy Giuliani, Lindell has not been called upon to testify before the panel.

In May, Lindell told Insider he was spending at least $1 million a month on his social media empire with the aim of pushing conspiracy theories about the 2020 election.

Lindell, who has been bankrolling a nationwide effort to stop the use of electronic voting machines, is also battling a $1.3 billion lawsuit filed against him by voting technology company Dominion and a suit filed by voting systems company Smartmatic.

So far, these efforts to prove Trump’s groundless voter fraud claims have cost Lindell around $25 million.