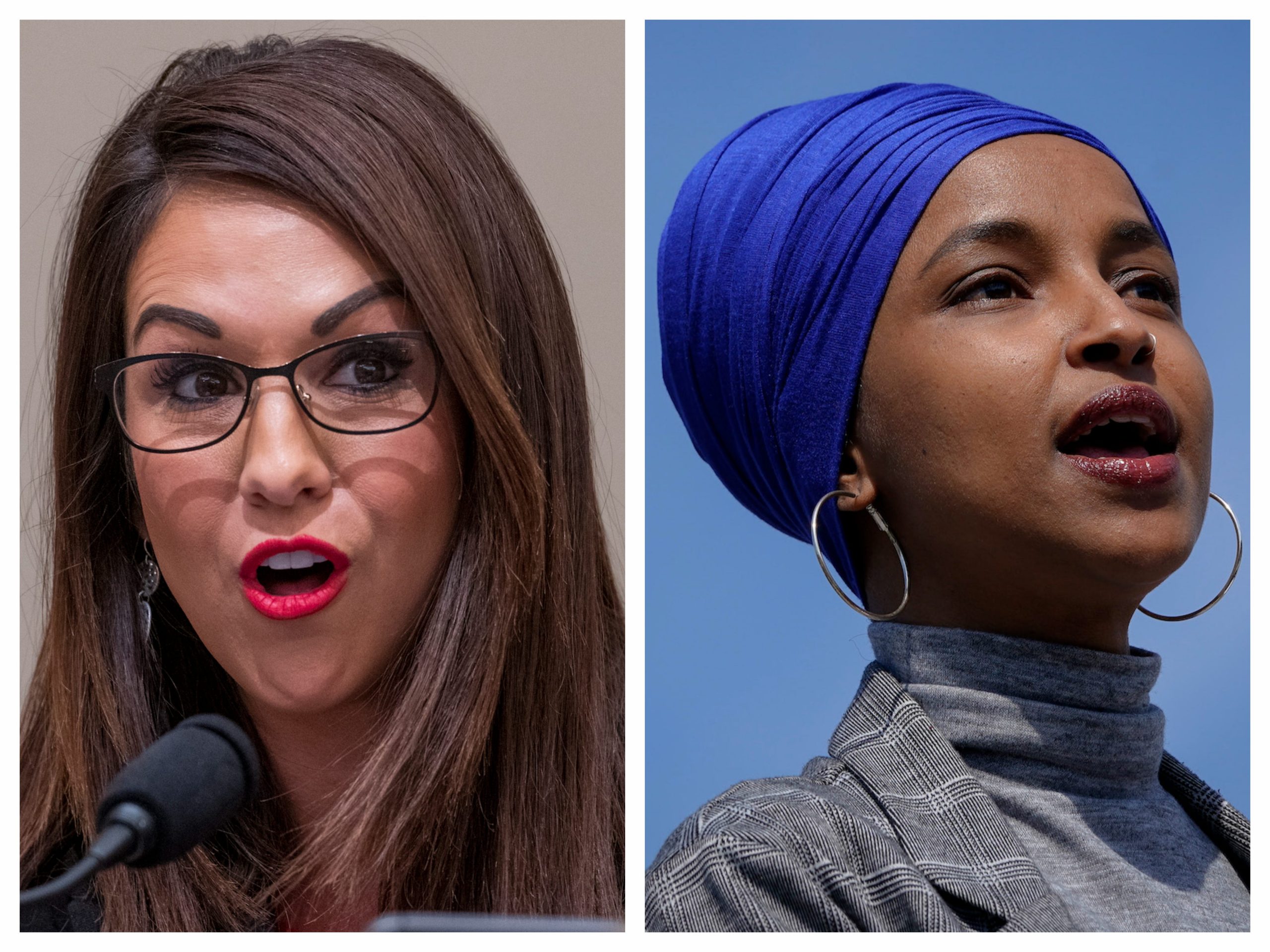 Still feeling spurned after an initial apology was rejected, GOP Rep. Lauren Boebert of Colorado rekindles her feud with Rep. Ilhan Omar in a new memoir by calling the Minnesota Democrat a “terrorist sympathizer” who “consistently spewed anti-American and anti-Jewish rhetoric.”

In a chapter titled “Keep the Faith, Keep Up the Fight,” Boebert attacks Omar — and, by extension, Democrats who consider the deadly attack on the US Capitol newsworthy.

“Leftists will compare January 6 to 9/11 but look the other way when a domestic terror group like Antifa sets fire to cities like Portland, Seattle, or Minneapolis. In fact, Minneapolis’s own congressional representative not only doesn’t speak out against terrorism; she condones it,” Boebert writes, adding that Omar “has long been a terrorist sympathizer, which she’s made clear repeatedly with outlandish comments and vitriolic, bigoted posts on Twitter.”

Boebert again criticized Omar’s remark in a 2019 speech that “some people did something” on 9/11, referring to the terrorists, as part of remarks about Islamophobia in America in the wake of 9/11.

Omar’s office did not immediately respond to Insider’s request for comment. The Democrat has previously accused Boebert of having “a clear pattern for Islamophobic hate speech.”

Boebert amps up the vitriol by referring to Omar by her full name, Ilhan Abdullahi Omar — a move reminiscent of Republicans’ play to terrify their base by demonizing President Barack emphasis-on-Hussein Obama. Omar, who moved to the US as a child refugee after she and her family fled Somalia’s civil war, became one of the two first Muslim women ever elected to Congress along with Rep. Rashida Tlaib in 2018.

Boebert has repeatedly attacked both Omar and Tlaib, calling her two colleagues “black-hearted evil women” and calling Omar a member of the “jihad squad.”

This latest attack, included in the newly-released “My American Life,” comes months after Boebert was accused of being Islamophobic for characterizing Omar as a suicide bomber during a campaign rally in Colorado. The ensuing controversy last fall led to awkward phone calls between the two, a public rebuke from Omar, and passage of an anti-Islamophobia bill.

Time may have passed, but Boebert clearly hasn’t let go of the incident.

She blasts Omar anew, laying into her for describing some terrorist attacks as the outgrowth of systemic abuse.

“Aww, the poor things. Those misunderstood, maladjusted, and alienated guys,” Boebert mockingly writes. “Well, I hate to break it to you, Ilhan, but terrorists are alienated because law-abiding Americans don’t take kindly to murderous, bloodthirsty psychopaths slaughtering the innocent in the name of politics, religion, or anything else.”

Boebert rages on from there, recounting the controversial “anecdote” she shared about riding in an elevator with Omar — “a joke that I later realized could be hurtful to people in the Islamic community, so I won’t repeat it here,” she notes — the subsequent firestorm that ensued on social media, and a private conversation with Omar that didn’t go as planned.

“I was able to speak with Omar by phone a few days later and apologize personally,” Boebert writes, adding that Omar demanded a public apology (beyond what Boebert said she’d already tweeted out). ” It took but a second to realize there was no reasoning with this person, so I told Omar she should apologize for her anti-American, anti-Semitic, and anti-police rhetoric.”

How did they leave things?

“Omar hung up on me,” Boebert writes.

Omar said in a statement at the time at Boebert refused to apologize to her on the call.

“Instead of apologizing for her Islamophobic comments and fabricated lies, Rep. Boebert refused to publicly acknowledge her hurtful and dangerous comments,” Omar said. “She instead doubled down on her rhetoric and I decided to end the unproductive call.”