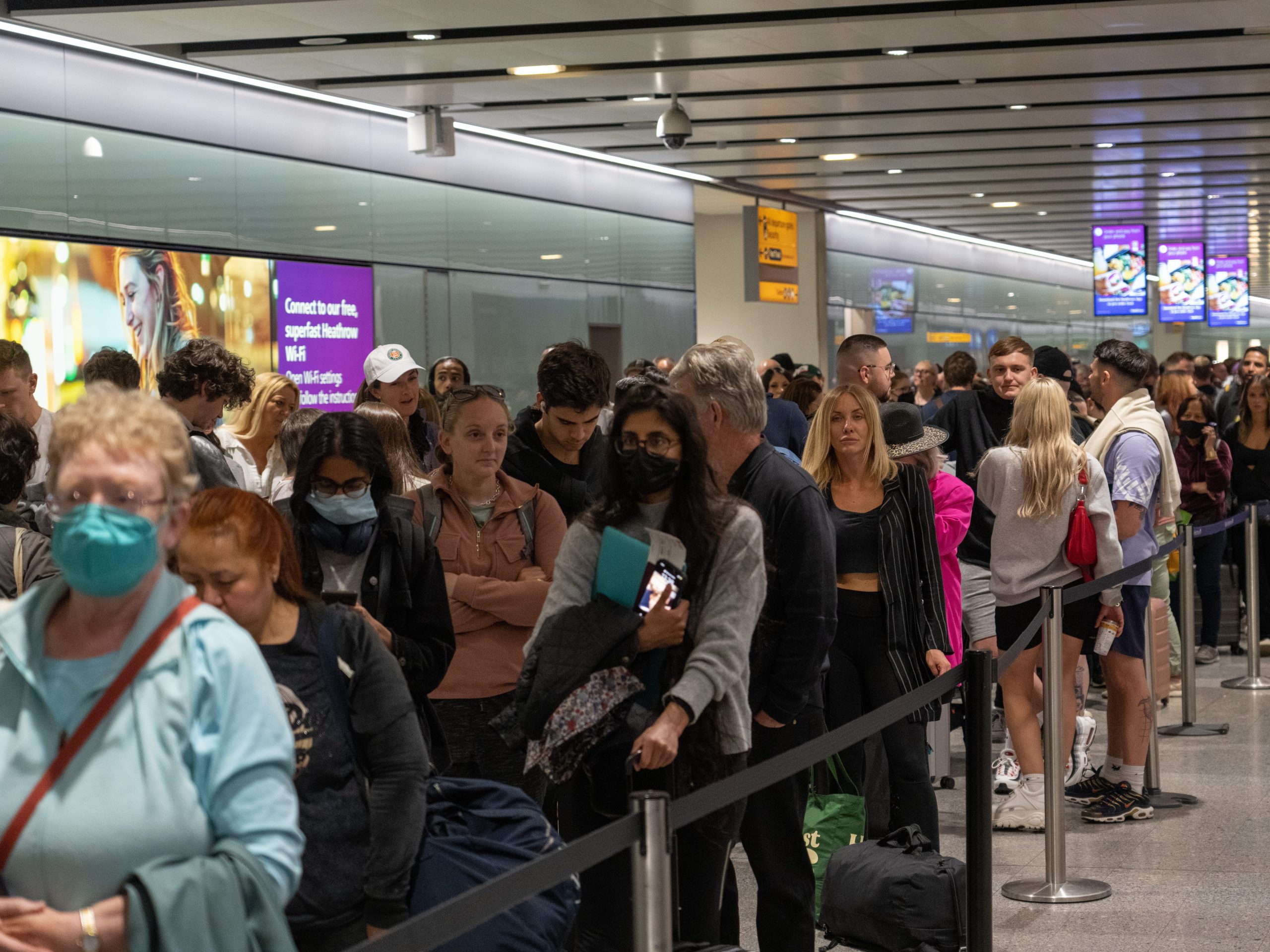 People wait in long queues for security at Heathrow Airport on June 1.

UK lawmakers and an aviation regulator have ordered airlines to end the wave of last-minute flight cancelations, which have caused chaos for UK travelers.

The Department for Transport (DfT) and the Civil Aviation Authority (CAA) wrote a joint letter to the industry on Tuesday that asked airlines to ensure summer flights are not canceled at very short notice, multiple outlets have reported.

The letter encouraged airlines to review their summer plans to “develop a schedule that is deliverable.”

The authorities wrote in the letter: “While cancelations at any time are a regrettable inconvenience to passengers, it is our view that cancellations at the earliest possibility to deliver a more robust schedule are better for consumers than late notice on-the-day cancelations.”

The UK authorities said airlines need to act immediately to ensure that the “unacceptable scenes” caused by recent cancelations did not continue throughout the summer.

Staff shortages, bad weather, and the economic impact of Russia’s invasion of Ukraine have all been blamed for the increased number of flight cancelations.

In the letter, the CAA and DfT encouraged airlines to look practically at their staff and resources. They wrote: “Your schedules must be based on the resources you and your contractors expect to have available, and should be resilient for the unplanned and inevitable operational challenges that you will face.”

The UK government has previously expressed concerns over the number of flight cancelations.

Transport secretary Grant Shapps said in a statement on June 1: “The scenes we’re witnessing at airports are heart-breaking, with holidaymakers missing out on their first trips abroad after the pandemic.”