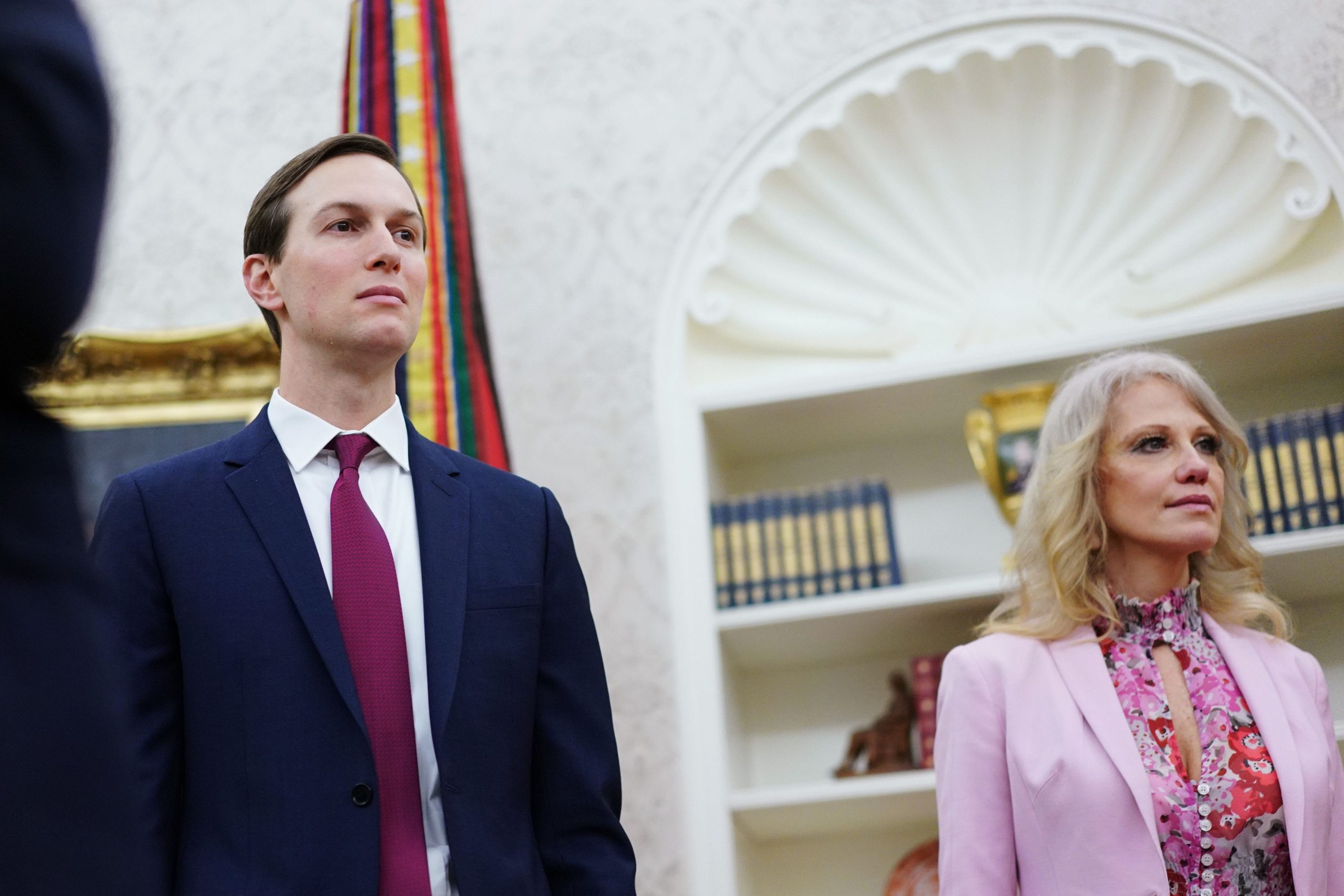 In an interview with former White House senior advisor David Axelrod on CNN’s “The Axe Files,” Conway said almost immediately after Trump defeated former Secretary of State Hillary Clinton, the presidential son-in-law had a much different disposition toward her than he did when she managed the successful presidential campaign.

“I’m very honest about the difficulty of having the son-in-law, albeit a smart one and accomplished one, having all this authority and no accountability. It’s too wide. And Jared took it upon himself to get in my way an awful lot,” she told Axelrod.

Speaking directly to Axelrod, a veteran of the Obama administration, Conway remarked that the former top aide understood the trials of working on an intense national campaign and clinching a major election victory.

“You know that euphoric feeling. You know your band of brothers and sisters in a campaign like that,” she said.

“Why not just stay together like that? Almost from the moment, Donald Trump won, Jared was trying to ice me out in transition, in the White House. My life was hard enough. I’m a mom of four kids at the time — 7, 8, 12, and 12 — four sucky ages for Mom to go into the White House,” she added.

Conway emphasized that ultimately it was important for those in Trump’s orbit to work together to get things accomplished.

“I could have used a little more support and a little less interference,” she told Axelrod. “This wasn’t about me. This was about the president asking people to get along.”

In her new memoir, “Here’s the Deal,” Conway described Kushner as a “shrewd and calculating” individual and “a man of knowing nods, quizzical looks, and sidebar inquiries.”

“There was no subject he considered beyond his expertise. Criminal justice reform. Middle East peace. The southern and northern borders. Veterans and opioids. Big Tech and small business,” she wrote in the book.

“He misread the Constitution in one crucial respect, thinking that all power not given to the federal government was reserved to him. He never put it like that exactly, not in so many words. But that was how he always carried himself, secure in the knowledge that no matter how disastrous a personnel change or legislative attempt may be, he was highly unlikely to be held accountable for it,” she added.

During a May appearance on ABC’s “The View,” Conway poked at Kushner’s oversight in the Trump White House.

“Some days felt like this extended, chaotic, ‘take your kid to work day’ when Jared was in charge of everything,” she said on the daytime talk show.