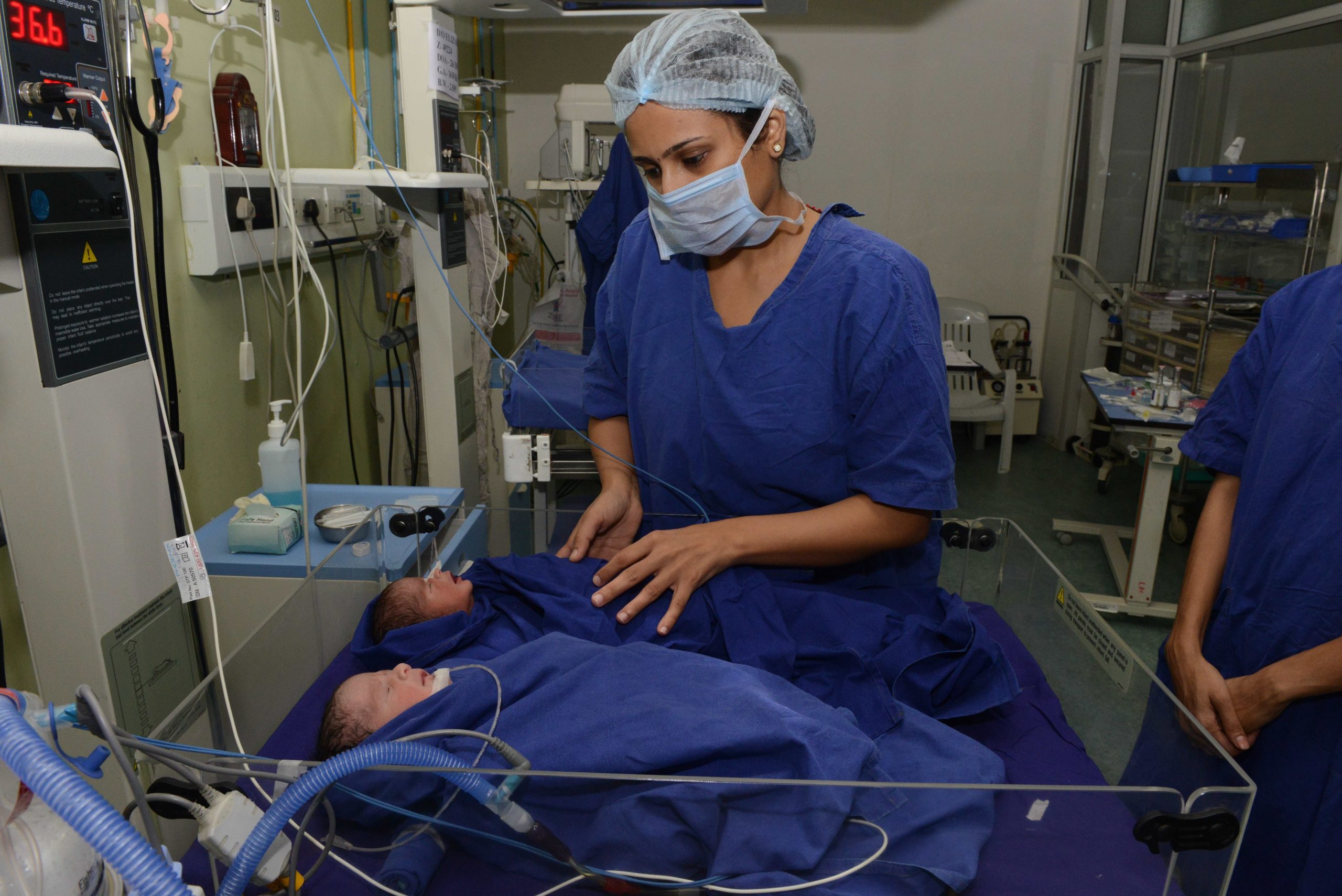 A doctor tending to twin boys born via a surrogate at Dr. Nayana Patel’s Kaival Hospital in Anand, India, in October 2015.

Thousands of aspiring parents from around the world have turned to Dr. Nayana Patel for help.

She has delivered more than 1,000 babies from surrogates at the Akanksha Clinic in Anand, in western India. Her prominence within Indian surrogacy led to her being interviewed on “The Oprah Winfrey Show” in 2006.

But she told Insider that she hadn’t had any new work since February. The future of an industry she helped build might lie 2,000 miles away. Dr. Nayana Patel said it was “only natural” for Indian couples to seek surrogates in Georgia, following India’s ban on commercial surrogacy.

A law banning commercial surrogacy, passed by India’s Parliament in December, has upended the sector in a nation that for years was a surrogacy capital. Surrogacy in India was a $375 million business spread across 3,000 clinics before the ban, doctors, researchers, and legal experts who spoke with Insider estimated.

That’s almost a tenth of what Global Markets Insights estimates is a $4 billion global market that’s expected grow by almost a third by 2027.

But the ban is pushing India’s chunk of that market — which relies on affluent Indians at a time when one in six urban couples struggles with infertility — overseas. The former Soviet republic of Georgia, a rare nation where commercial surrogacy is legal and relatively inexpensive, is emerging as a favored destination.

Patel recognizes that this means she might soon be flying to Tbilisi, Georgia’s capital, to take on cases. “It’s only natural for Indian couples to now want to go there for surrogacy,” she said. “And clinics there will either bring in experts like me from India or hire local doctors.”

ARTbaby, whose motto is “Your baby, our ART,” is a surrogacy center headquartered in New Delhi that’s pitching its Tbilisi facility as an “alternative” for Indians. When asked how it was adapting its business in the wake of the ban, another Indian service provider, Vinsfertility, pointed to its ability to offer surrogacy services in other countries, specifically mentioning Georgia, which it said in a statement to Insider offered a “guaranteed surrogacy program.”

The promises are working.

Five months ago, Ravinder Singh couldn’t have placed Georgia on a map, he joked to Insider during an interview. Since India’s ban, he and his wife, Meena — who has had three miscarriages — have spent nights poring over surrogacy options outside the country.

They settled on Georgia, and in February, they flew to Tbilisi to check out different centers. The couple, who still haven’t told most people in their conservative family that they’re contemplating surrogacy, told relatives that they were going on a holiday.

Once there, they found they weren’t alone. “In every single center that we visited, we either met or heard of other Indian couples interested in surrogacy,” Singh said. India was the 13th-largest source of visitors to Georgia in the first four months of 2022, up from 15th in 2019, Georgian government data indicated — though it’s unclear how many of those travelers were exploring surrogacy options.

India’s ban follows a decade-long debate in the country over the ethics of allowing people to pay women to carry their children.

Before the ban, each surrogacy in the country cost about $20,000, said Amit Karkhanis, a lawyer in Mumbai who specializes in contracts between couples and surrogates. In 2012, researchers from The Lancet estimated, that about 25,000 children were born annually to surrogates in India, and that almost half of them were for foreign parents.

The total ban “killed” the domestic surrogate market, said Hari Ramasubramanian, the chief consultant at the Indian Surrogacy Law Centre, a legal consultancy that specializes in the sector.

For Georgia, the timing of the ban couldn’t have been better. Two alternatives, Nepal and Cambodia, banned the practice in 2015 and 2016, respectively. India’s total ban came into effect just as Ukraine, one of the world’s most popular surrogacy destinations, was invaded by Russia. And while some Indian service providers are eyeing Kenya — where Vinsfertility also has a center — it can’t offer a Georgia-like legal shield for those seeking surrogates.

“It’s murky in Kenya. There’s no law recognizing surrogacy, but officials turn a blind eye,” said Sharmila Rudrappa, the director of the South Asia Institute at the University of Texas at Austin and author of “Discounted Life: The Price of Global Surrogacy in India.”

By contrast, couples face no legal risks in Georgia, she added. Surrogacy there costs more than in India — with one provider citing a price range of $30,000 to $39,000 — but significantly less than in the United States, where prices average between $120,000 and $150,000, one group estimated. Other legal experts who spoke with Insider agreed with Sharma’s interpretation of the Georgian law — which also helped the country attract some of the international surrogacy market after India’s 2015 law barred foreign couples from using Indian surrogates.

Many Indians were introduced to Georgia’s surrogacy clinics when Lisa Ray, a supermodel and Bollywood actress, spoke publicly in 2018 about using a Georgian surrogate to deliver her twins.

Karkhanis said parents might be vulnerable to legal challenges once they return home if their child was born through commercial surrogacy in another nation. But Georgia’s clear laws eliminate that concern, Ramasubramanian said.

India’s ban doesn’t apply to “altruistic surrogacy,” where someone carries a couple’s child out of goodwill, rather than for payment. But that could be a shield for coercion and exploitation in a society as unequal as India, said Shiromi Chaturvedi, a psychologist whose work and research focused on surrogates.

“This is going to drive the industry underground,” she said. “And surrogates won’t even have the little protection they previously had from legal contracts.”

Once again, Georgia might be the beneficiary as an attractive alternative for Indian surrogates hoping for better pay in safer conditions, said Rudrappa, adding that this could expose vulnerable women to the risks of trafficking.

“Their shift to Georgia is real,” she said. “I’m already starting to hear about it.”