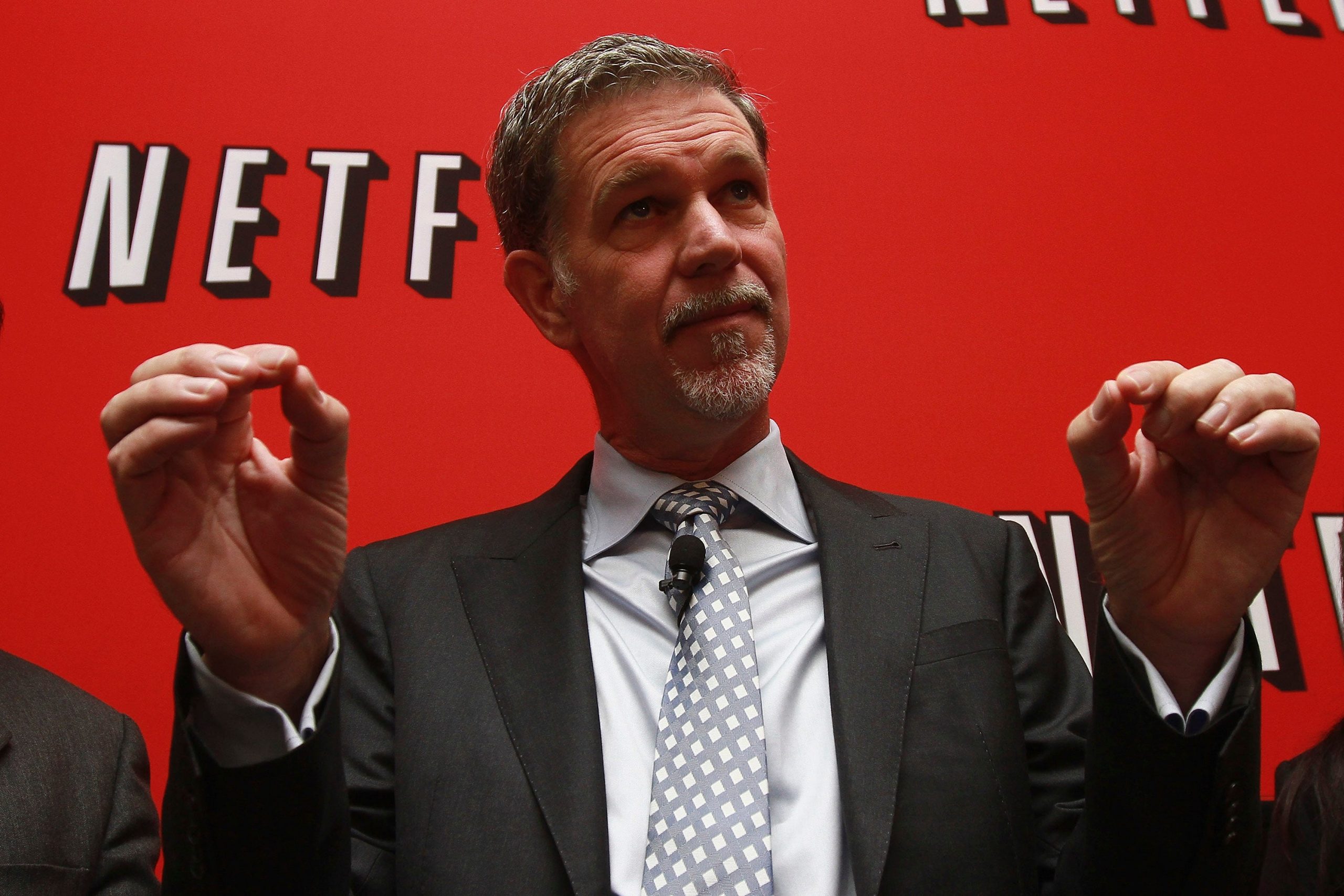 1997: Netflix is founded by Reed Hastings, who is currently the co-CEO, and Marc Randolph, its first CEO. In his book “That Will Never Work: The Birth of Netflix and the Amazing Life of an Idea,” Randolph wrote that he and Hastings met with Bezos in 1998, who offered them “probably something between $14 million and $16 million,” Randolph wrote. But they turned down the offer.

1999: Netflix begins offering a subscription-based model, in which customers could choose movies to rent-by-mail for a monthly fee. Netflix gained 239,000 subscribers in its first year, according to Inc. It still offers a DVD service. “As you get older, if you’re lucky, you realize two things: what you like, but also what you’re good at,” Randolph told Forbes in 2019 on why he left Netflix. “The answer to both of them [for me] is early-stage companies. I like the chaos. I like the fact that you’re working on hundreds of things at once.” Netflix ended 2006 with over 6 million subscribers for its DVD-rental service. But A New York Times story at the time highlighted how the company still faced doubts about its streaming plans, noting that it would cost Netflix $40 million to implement and its stock dropped 6 percent with the announcement. Hastings said at the time that he had “gotten used to it,” regarding reservations.

2012: Netflix debuts “Lilyhammer,” its first original series. The show was originally broadcast in Norway, but Netflix acquired the rights. It laid the foundation for Netflix’s binge-release model and its surge in original programming, including expanding into international markets. “This was the first time we streamed a show across multiple countries and languages … and it worked,” Netflix’s current coCEO Ted Sarandos wrote in a blog post in February.

“It worked because it was a deeply local story that we could share with the world,” Sarandos added.

2013: Netflix ramps up its original programming with “House of Cards” and “Orange Is the New Black,” which gain critical acclaim and Emmys recognition (the former is the first streaming original to win an Emmy). Laverne Cox on “Orange is the New Black.” Netflix has yet to nab the Oscars’ top prize, though, despite elaborate campaign spending. Apple TV+ won best picture this year for “CODA,” becoming the first streaming platform to do so.

2020: Netflix names Ted Sarandos, its creative chief, as co-CEO with Hastings. The two have known each other since 1999. January, 2021: Netflix announces that it surpassed 200 million subscribers, another milestone. October, 2021: Netflix faces its most public controversy yet, after some employees speak out against Dave Chappelle’s Netflix special, “The Closer,” in which he makes comments many criticized as transphobic. Chappelle in “The Closer.”

Chappelle said in the special that “gender is a fact” and defended “Harry Potter” author JK Rowling, who came under fire for past transphobic comments.

Sarandos defended Chappelle in a memo to employees, saying in part: “Chappelle is one of the most popular stand-up comedians today, and we have a long standing deal with him. His last special, ‘Sticks & Stones,’ also controversial, is our most watched, stickiest, and most award winning stand-up special to date.”

Netflix trans employees planned a walkout in response to the special and Sarandos’ comments.

November, 2021: Netflix launches its first video games around the world, free as part of a user’s subscription. April, 2022: Netflix reports that it lost subscribers for the first time in a decade in the first quarter of 2022. It lost 200,000 subscribers, and said it was expecting to lose 2 million more in Q2. Getty Images for The New Yorker

Aside from the economic strains of the coronavirus pandemic, Netflix blamed the subscriber loss partly on password sharing. It said that it estimated that an additional 100 million people on top of its 220 million subscribers use Netflix with a shared password.

May and June, 2022: Netflix conducts layoffs amid slowing revenue growth. Netflix laid off 150 staffers in May, and then 300 more this month.

“While we continue to invest significantly in the business, we made these adjustments so that our costs are growing in line with our slower revenue growth,” a Netflix spokesperson said of the most recent round of layoffs.

June, 2022: Hastings confirms that an ad-supported tier is coming to Netflix. Hastings confirmed at Cannes Lions this month that Netflix plans to roll out an ad-supported plan, something it has pushed back against in the past, as the company faces slowing revenue growth and loses subscribers. It’s something that other streamers have embraced, like HBO Max and Paramount+. Disney+, its biggest rival, is also planning to launch an ad-supported option.

“We’ve left a big customer segment off the table, which is people who say: ‘Hey, Netflix is too expensive for me and I don’t mind advertising,'” Hastings said.

Netflix’s standard HD plan (its most popular plan) is $15.49 per month after the company recently raised prices. It makes it the most expensive streaming service, topping HBO Max’s $14.99 ad-free plan.

The New York Times reported last month that the ad-supported plan could roll out as early as the end of this year.

Despite recent turmoil, Netflix still intends to spend $17 billion on content this year, according to The New York Times.