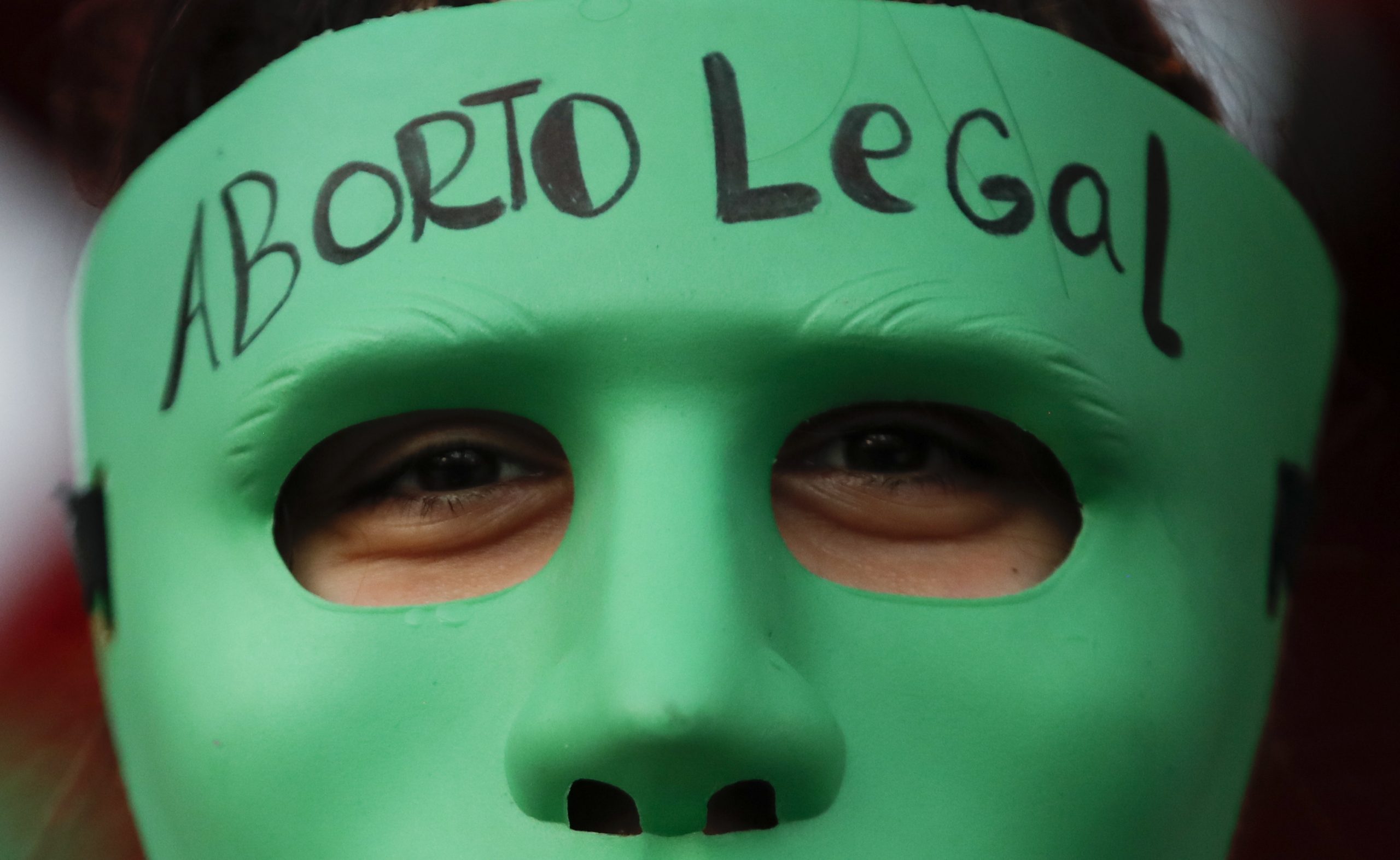 Abortion-rights advocates from around the world have met with congressional, USAID, HHS and State Department leaders to discuss worries that their countries will be next to see more restrictions if the Supreme Court overturns Roe v. Wade.

In meetings last week, the activists said they spoke to officials not only about their fears of the international impact if Roe were to fall but also proposed changes to U.S. policy that has long restricted funding for abortions abroad.

If the court strikes down Roe, the decision will likely increase political pressure to roll back access, embolden anti-abortion-rights activists and open an opportunity to shift momentum in countries where abortions have become more accessible in recent years, nearly a dozen activists across five organizations from Africa, the Americas, Asia and Europe told POLITICO.

The concerns spotlight not just on the long reach of American policy in health systems far beyond the jurisdiction of the Supreme Court but also the precarious state of abortion policies in governments worldwide.

“We know that the impact of this decision will have a ripple effect,” said Bethany Van Kampen, senior legal and policy adviser at the nonprofit Ipas who was in the meetings with colleagues from around the world. “The U.S. has an outsized influence … Countries that are looking to liberalize their laws — it’s possible they could think twice after this decision.”

Though administration officials would not comment on a particular closed meeting, they said they have regularly met with abortion-rights advocates — including those from other countries — since POLITICO first reported on a Roe draft opinion by the court.

At the meetings, the advocates urged support for the Abortion Is Health Care Everywhere Act, Van Kampen said, who added that conversations included officials from the USAID Bureau for Global Health, HHS Office of Global Affairs and State Department Bureau of Population, Refugees, and Migration — as well as Reps. Jan Schakowsky (D-Ill.) and Barbara Lee (D-Calif).

The legislation would allow U.S. foreign aid funds to be used for abortion, which is currently illegal under the Helms Amendment — though there is no clear path for passage in Congress. The group asked administration officials to explicitly communicate what types of abortion-related care and information would be allowed in U.S.-funded programs as well as encourage more widespread abortion services, Van Kampen said.

The U.S. movement for abortion rights has motivated changed laws in other countries, the activists said, and if the Supreme Court overturns Roe, that momentum could flip.

“The U.S. is becoming kind of that inspiration for the conservative movements — and the conservative forces in the U.S. have a stronghold in Latin America and all over the world,” said María Antonieta Alcalde Castro, director of Ipas in Central America and Mexico. “That’s very worrisome for the entire region.”

“That is creating a political trend that is followed by resources and by political forces, and we’re already feeling it,” Alcalde Castro said. “That type of rhetoric that we saw in Texas, we’re seeing, like, copy-paste in Mexico, copy-paste in Nicaragua. So there’s clearly a trend there.”

And the concerns go beyond Latin America. “My colleagues in Europe are really concerned about what’s going on within the U.S., because, as you may know, particularly in Eastern European countries, there are attempts to go backward,” said Susan Yanow, spokesperson for the U.S. arm of Women Help Women, a global nonprofit working to increase access to abortion medication and information. “And it’s a huge concern that countries with less democratic governments — and I’m now going to put the U.S. kind of in that column — are going backward, and the U.S. is taking the lead.”

Activists said they had seen politicians in their countries use the risks of U.S. backlash to argue — often persuasively — for tightening abortion restrictions.

Still, others see the decision as a way to start a global conversation.

“The agenda-setting works in all directions,” said Giselle Carino, director and CEO of Fos Feminista, a global feminist and abortion-rights group. “The U.S. plays a leadership role and no doubt sets an agenda. For instance, with Black Lives Matter last year, where the entire world was talking about racism all of the sudden, and that was just fabulous.”

Many leaders and activists still see the U.S. as a major agenda-setter in the world — especially when it comes to global health.

The U.S. — regardless of how Roe is seen by other governments — will remain a powerfully large donor in global health. Though formal U.S. policies have long restricted access to abortions abroad, the overturning of Roe could increase political pressure to match current American policies on abortion in countries reliant on U.S. aid.

In countries where U.S. aid represents a significant amount of the health care budget, the need for stable funding can outweigh policy proposals.

“Sometimes, they don’t even have to say anything,” Pansi Katenga, Ipas global development director, told reporters at a conference on the global impact of the court’s decision. “People are scared to annoy [the] U.S.A.”

The U.S. influence on abortions abroad is also more direct. Off and on for decades, the so-called Mexico City Rule has prevented non-government organizations that take U.S. funding from promoting or performing abortion as a method of family planning.

In January 2021, the Biden administration revoked the rule.

Other policies remain in effect, though. The Helms Amendment prevents foreign aid funds from being used for performing or motivating abortions, though it does not prohibit information about all pregnancy options, consistent with local laws.

And while activists said they don’t expect the court’s decision to lead to instantaneous legislation in other countries, they do believe that a ruling overturning Roe will make their work much harder — whether from an emboldened anti-abortion movement or pressure to follow current U.S. policy to keep its aid funding.

“We really are at, you know, this crossroads where any day we will see the overturning of Roe v. Wade,” Van Kampen said. “This is an issue that can no longer be ignored.”