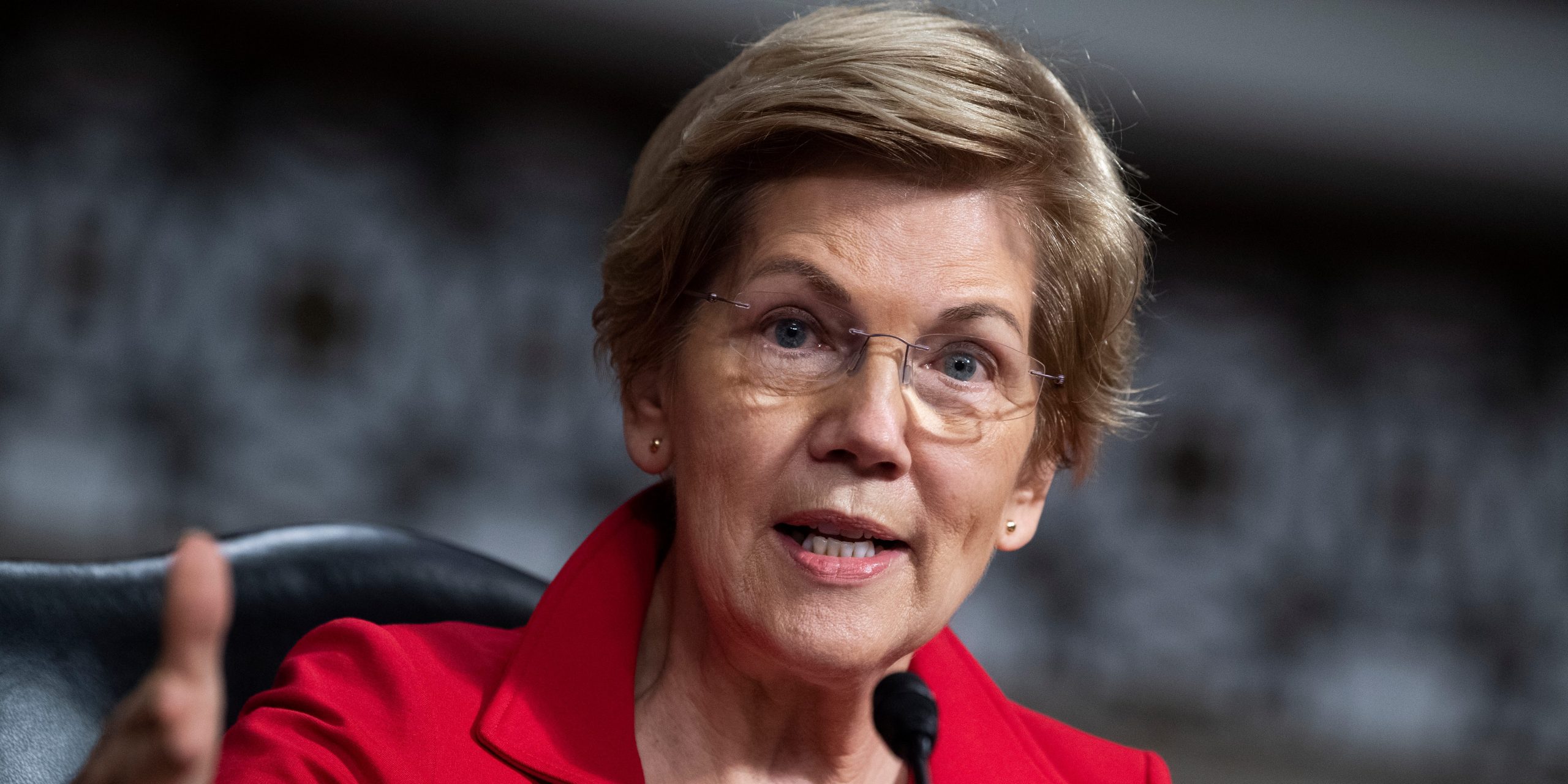 Sen. Elizabeth Warren of Massachusetts said Wednesday she was open to backing a House measure that would levy a 1,000% excise tax on AR-15-style weapons for manufacturers, producers, and importers.

“It’s important to use every tool available and that includes taxes in order to put an end to the availability of weapons that are used for murdering people,” Sen. Elizabeth Warren of Massachusetts told Insider.

She said she’s “open” to the measure but wanted to give space to ongoing bipartisan talks in the Senate to mitigate gun violence. Those discussions — with Senate Minority Leader Mitch McConnell’s blessing — are focused on a narrow set of reforms like improving background checks and establishing “red flag” laws meant to enable law enforcement to seize guns with a court order.

But a ban on military-style weapons like the AR-15 that most Democrats favor is off the table due to staunch GOP resistance.

“I want to give Chris Murphy and his group as much room to negotiate as they need to see what they can produce,” she said, referring to the Connecticut Democrat spearheading the discussions. “But whatever happens to those negotiations, we already know it won’t be the end of what needs to be done to get the availability of weapons under better control.”

The bill from Democratic Rep. Donald Beyer of Virginia has not been formally introduced yet. But the 1,000% tax would apply to military-style “assault weapons” and high-capacity magazines capable of carrying 10 rounds or more, adding thousands of dollars to the final sales price of such guns in an effort to restrict their access. It would exempt ammunition, along with recreational weapons.

“What it’s intended to do is provide another creative pathway to actually make some sensible gun control happen,” Beyer told Insider last week. “We think that a 1,000% fee on assault weapons is just the kind of restrictive measure that creates enough fiscal impact to qualify for reconciliation.”

Democrats employed reconciliation — a legislative maneuver that allows budgetary bills to pass the Senate with a simple majority and bypass a filibuster — in 2021 to pass both the stimulus law and the House-approved Build Back Better bill over united GOP resistance. Negotiations on a smaller Democrat-only bill continue between Senate Majority Leader Chuck Schumer and Sen. Joe Manchin of West Virginia, a centrist holdout.

The Beyer bill reflects a recognition among Democrats that any bipartisan success on tackling gun violence is likely to eject many of their priorities like an assault-style weapons ban. An AR-15 style rifle was the weapon used by different gunmen in a recent string of high-profile mass shootings in Buffalo, New York; Uvalde, Texas; and Tulsa, Oklahoma.

National surveys indicate major public support for a ban on those rifles along with universal background checks. Democrats are strongly in favor. But the party is unable to draw enough GOP support to overcome the 60-vote threshold in the Senate.

Other Democrats treaded carefully around the legislation, given the high-stakes effort to strike a gun deal with Republicans. Sen. Ron Wyden, chair of the Senate Finance Committee, said he wanted to review the bill first.

Sen. Bernie Sanders of Vermont was noncommittal on the Beyer bill as well. But he reiterated his support for a ban on semiautomatic rifles. “I’ve thought for many, many years that we should ban the sale and distribution of assault weapons,” Sanders said.