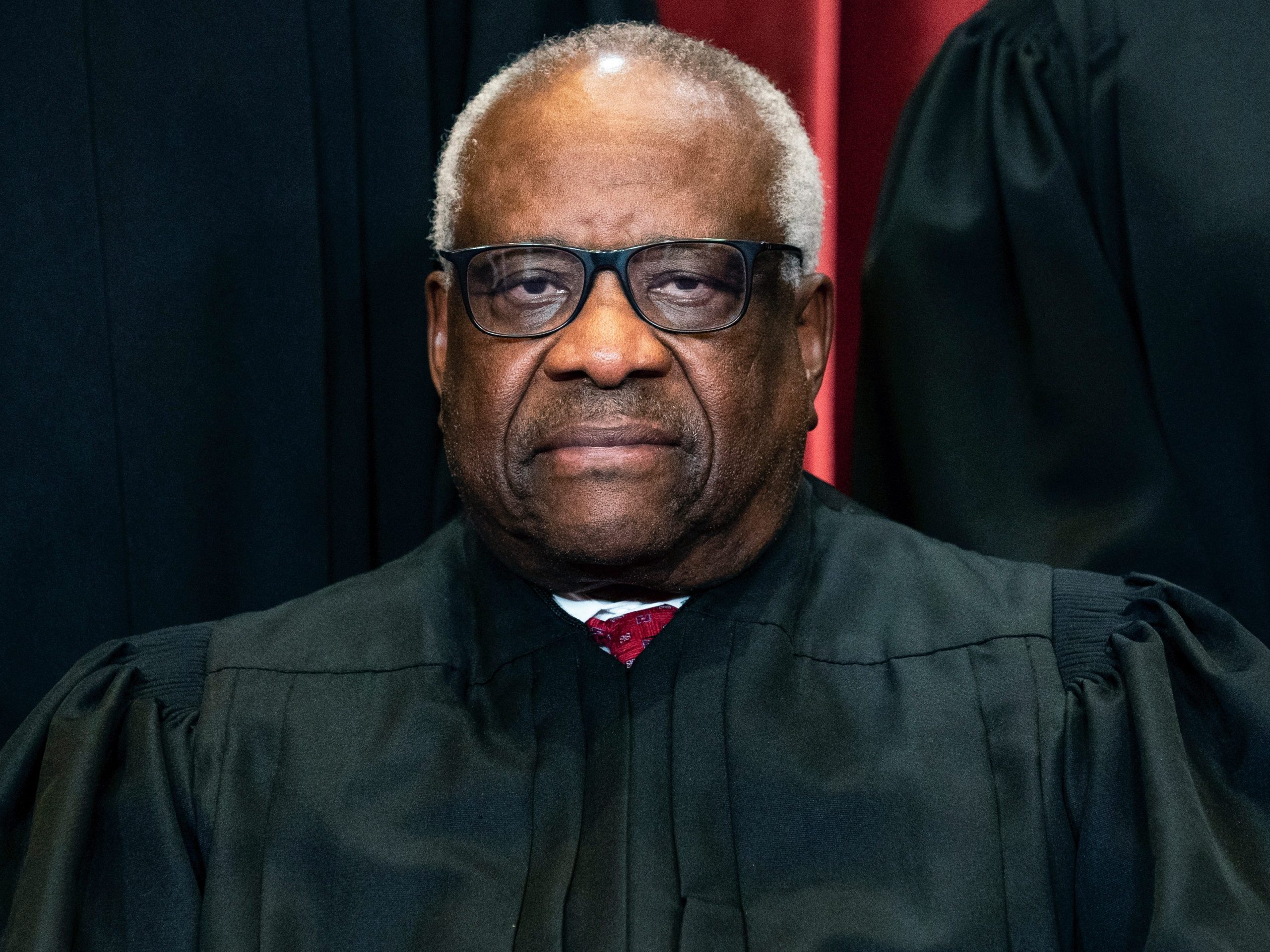 Associate Justice Clarence Thomas sits during a group photo at the Supreme Court in Washington, DC, on April 23, 2021.

Sen. Dick Durbin in a Sunday interview said that calls by some Democratic lawmakers to impeach Associate Justice Clarence Thomas were unrealistic.

During an interview on “Fox News Sunday,” the Illinois Democrat — who chairs the Senate Judiciary Committee — told anchor Mike Emanuel that the jurist should “show good judgment” and recuse himself from cases involving the Capitol riot on January 6, 2021.

But he made it clear that the removal of Thomas, who has sat on the bench since 1991, is very unlikely to happen.

“I don’t think it’s realistic,” Durbin said. “I can tell you, there is, in my mind, a clear conflict of interest when it comes to Justice Thomas and issues related to the January 6 insurrection.”

He continued: “His wife is actively involved politically. Going so far as to give direct advice to the president’s chief of staff during this crisis. I would think that Justice Thomas should recuse himself from any decisions that relate to the January 6 episode. Already he was the single vote earlier on a case related to that issue. I think it’s a mistake.”

In January, Thomas was the sole dissenting justice when the court ruled that Trump couldn’t prevent the release of documents requested by the House committee investigating the January 6 riot.

Thomas for months has faced calls to resign or recuse himself from cases related to the Capitol riot due to the efforts of his wife Ginni, who had documented conversations with allies of former President Donald Trump in pushing to overturn President Joe Biden’s 2020 electoral victory.

But Durbin threw cold water on a congressional impeachment of the judge.

“As to whether he’s going to be impeached, that is not realistic. But he should show good judgment,” the lawmaker said.

Thomas has also attracted a wave of criticism from many Democratic lawmakers as a part of the conservative bloc that last month struck down Roe v. Wade, the 1973 court decision that legalized abortion in the United States and established a constitutional right to the procedure.