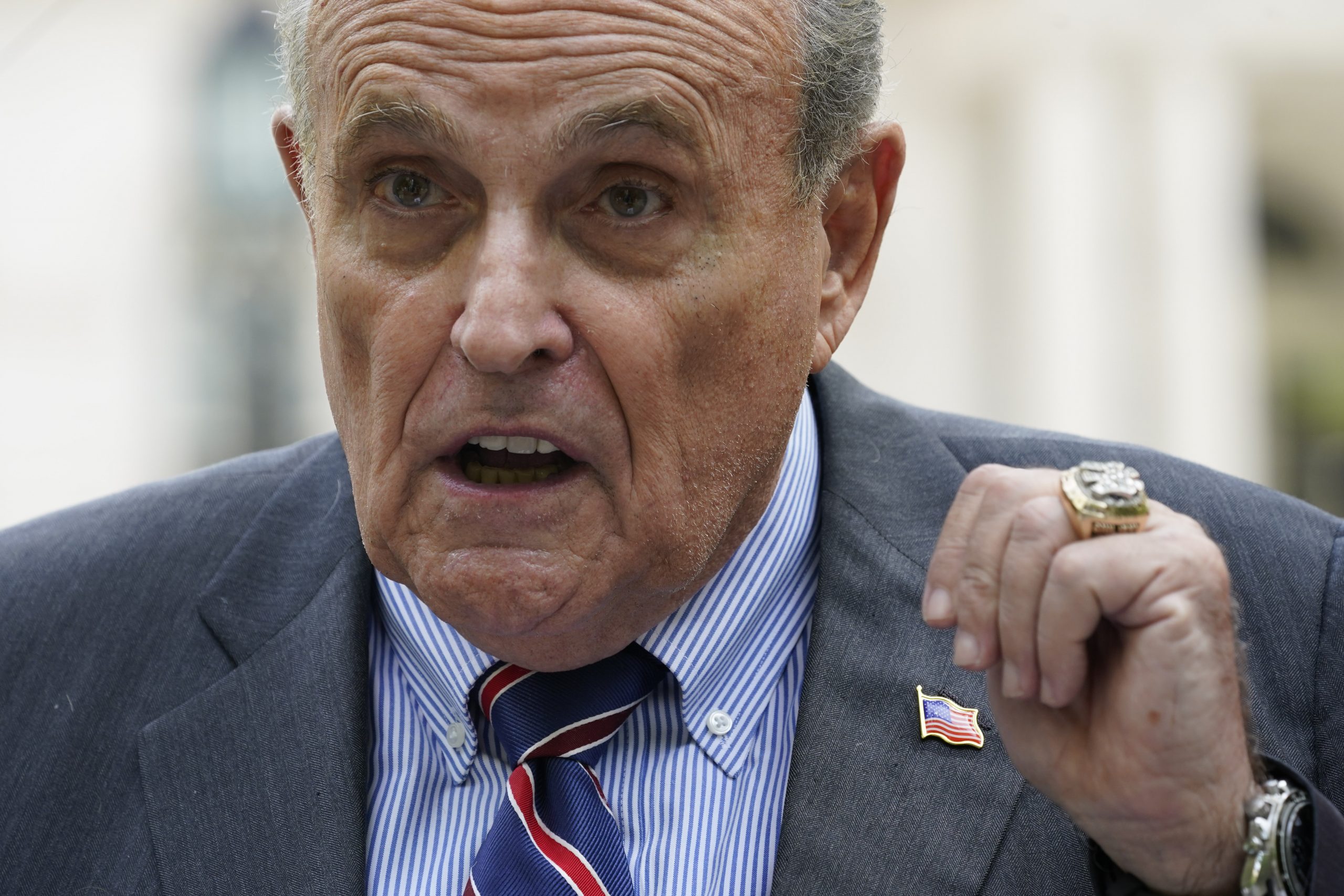 The D.C. bar on Friday brought ethics charges against Rudy Giuliani, the former president’s most prominent attorney, for pushing false vote-fraud claims about the 2020 election.

The case, which comes from the disciplinary branch of the D.C. bar, focuses on Giuliani’s efforts to push unsubstantiated fraud accusations for Donald Trump in a Pennsylvania court. The new filing accused Giuliani of violating the state’s Rules of Professional Conduct. The charge was filed with the D.C. Court of Appeals.

Giuliani “brought a proceeding and asserted issues therein without a non-frivolous basis in law and fact for doing so,” the filing said, in which he “engaged in conduct prejudicial to the administration of justice.”

The latest action is another blow to Giuliani’s reputation as a lawyer and threatens his ability to practice in the capital in the future. It also comes roughly a year after he was suspended from practicing law in both Washington, D.C., and New York, after the New York State Bar association launched a probe into his efforts to overturn the 2020 election.

Friday’s filing lays out Giuliani’s claims in the Pennsylvania federal court in 2020, when he backed a Trump campaign lawsuit aimed at overturning the presidential election results in the state. That lawsuit argued that as many as 1.5 million counted mail-in ballots should be disqualified for not complying with Pennsylvania’s election laws. This lawsuit was later dismissed.

“Even assuming that they can establish that their right to vote has been denied, which they cannot, Plaintiffs seek to remedy the denial of their votes by invalidating the votes of millions of others. Rather than requesting that their votes be counted, they seek to discredit scores of other votes, but only for one race. This is simply not how the Constitution works,” the judge wrote at the time.

Giuliani’s attorney handling the New York bar proceedings did not immediately respond to a request for comment.

The actions taken against Giuliani since the 2020 election — from multiple suspensions to now ethics charges — are stunning given the heights he reached in his profession. He once served as the No. 3 official in the Department of Justice and was one of the most prominent prosecutors as the U.S. Attorney in Manhattan in the 1980s.

Josh Gerstein contributed to this report.