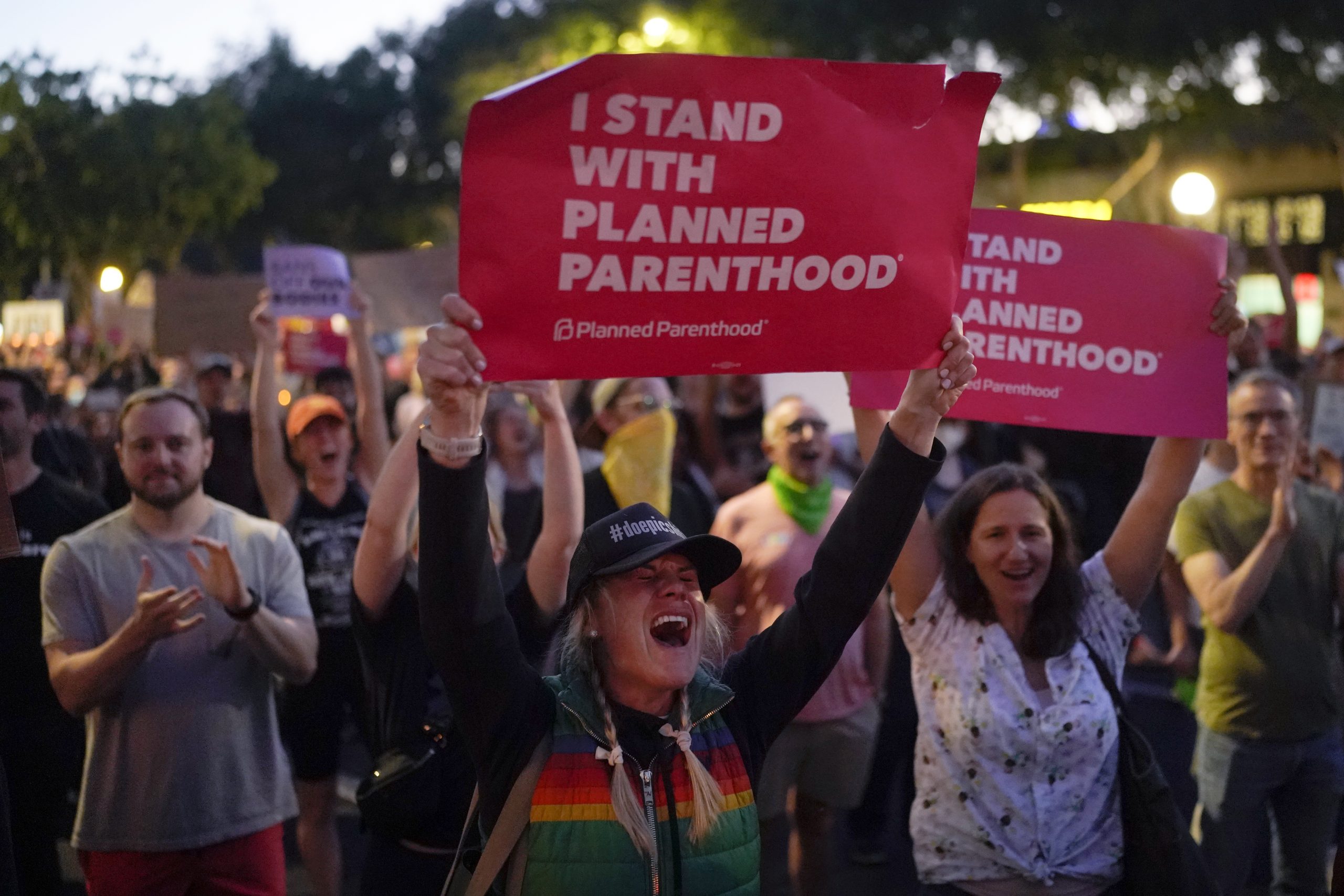 Bills aimed at protecting a person’s ability to cross state lines to seek reproductive care could see action in the House and Senate later this week — though neither bill has a clear path to becoming law, especially in the Senate.

The House plans to bring its bill to the floor on Friday; Senate Democratic leadership could attempt to call the bill up for a voice vote on the Senate floor later this week, though Republicans are expected to block it.

What the bills would do: Both bills aim to preempt states that may try to stop residents from obtaining an abortion in other states. They would protect abortion providers, abortion seekers and people providing transportation services from punishment by states. The House bill also clarifies that constitutional protections for interstate commerce trump state laws when it comes to abortion pills.

The bills being rushed to the floor showcase Democrats’ eagerness to blunt the impacts of the recent Supreme Court decision overturning Roe v. Wade, even as they’re severely limited on what they can accomplish legislatively.

Progressive lawmakers are hoping to put political pressure on anyone who votes against the bills in the leadup to the November midterms. All three lead sponsors of the draft bill in the Senate — Sens. Catherine Cortez Masto (D-Nev.), Patty Murray (D-Wash.) and Kirsten Gillibrand (D-N.Y.) — represent states that are now abortion destinations and are bracing for a flood of patients from more restrictive states.

“To suggest that women do not have this right to travel is not only un-American, it’s incoherent,” Gillibrand told reporters Tuesday, adding that she doesn’t want doctors in her state to be “in the crosshairs” of prosecutors from other states if they perform an abortion on a traveling patient.

States haven’t banned travel — yet: No state has yet banned interstate travel for the purpose of obtaining reproductive care that is prohibited where they live, but a Missouri state lawmaker tried — unsuccessfully, so far — to attach such language to several health bills even before the Supreme Court issued its ruling. Conservative lawmakers and activists in other states have also discussed either penalizing people who help transport patients across state lines or subjecting doctors to criminal penalties if they perform abortions on patients who live in states where abortion is illegal, even if it’s legal in the state where it’s performed.

“States are looking to ban it,” Cortez Masto said Tuesday, explaining why she introduced a bill to preempt restrictions that aren’t in place yet. “And we already know that it is having a chilling effect as states work to criminalize doctors and criminalize women.”

While the move is one of many abortion rights activists have called for in the wake of Roe’s demise, progressive groups stress that it only will help the people who can afford the time and expense of traveling potentially hundreds of miles for the procedure — something many people are unable to do.

Quick action in Congress: Two-thirds of the Senate Democratic caucus signed on to co-sponsor the bill to protect travel rights Tuesday, including Majority Leader Chuck Schumer and Majority Whip Dick Durbin. That tally still leaves them far short of the 60 votes they would need to pass the bill. Even if every Democrat voted for the bill — a big if, given Sen. Joe Manchin’s (D-W.Va.) vote against Democrats’ more sweeping abortion-rights bill in May — the bill may fail to pick up even a single Republican supporter.

“How are you going to keep somebody from traveling?” he said to POLITICO. “That’s silly. And they know it’s silly, but they’re just trying to fool the American people into thinking they’re doing something significant.”

Though it’s likely to fail, Murray told reporters Tuesday that the Senate plans to try to bring the bill up on Thursday — a rapid timeline that leaves little room for vote-wrangling.

Meanwhile, a senior Democratic aide confirmed that the House bill, H.R. 8297, is slated for the floor this Friday.

The right to travel: The constitution does not explicitly protect the right to travel, but decades of case law support a person’s right to move freely across state lines. UC Berkeley law professor Khiara Bridges, testifying to the Senate Judiciary Committee Tuesday, pointed to the Supreme Court’s decision in Saenz v. Roe in 1999 that despite the term’s absence from the Constitution, the concept was “firmly embedded in our jurisprudence.”

“The Supreme Court interpreted the Constitution as protecting the right to travel,” Bridges said. “But that does not mean that right is secure. We’ve seen in Dobbs that 50 years of precedent can be overturned depending on the makeup of the court.”

Attempts to control travel among states at the height of the pandemic in 2020 were abandoned as unenforceable, though many states did continue to require visitors to quarantine.

“Travel should never be weaponized to advance political or social agendas,” said Tori Emerson Barnes, executive vice president of public affairs and policy at the U.S. Travel Association, told POLITICO when asked about traveling across state lines to receive an abortion. “Rather than effectively advancing the agendas of their advocates, travel bans and boycotts instead have enormous potential for collateral damage and harm to an industry, its workers, and its destinations.”