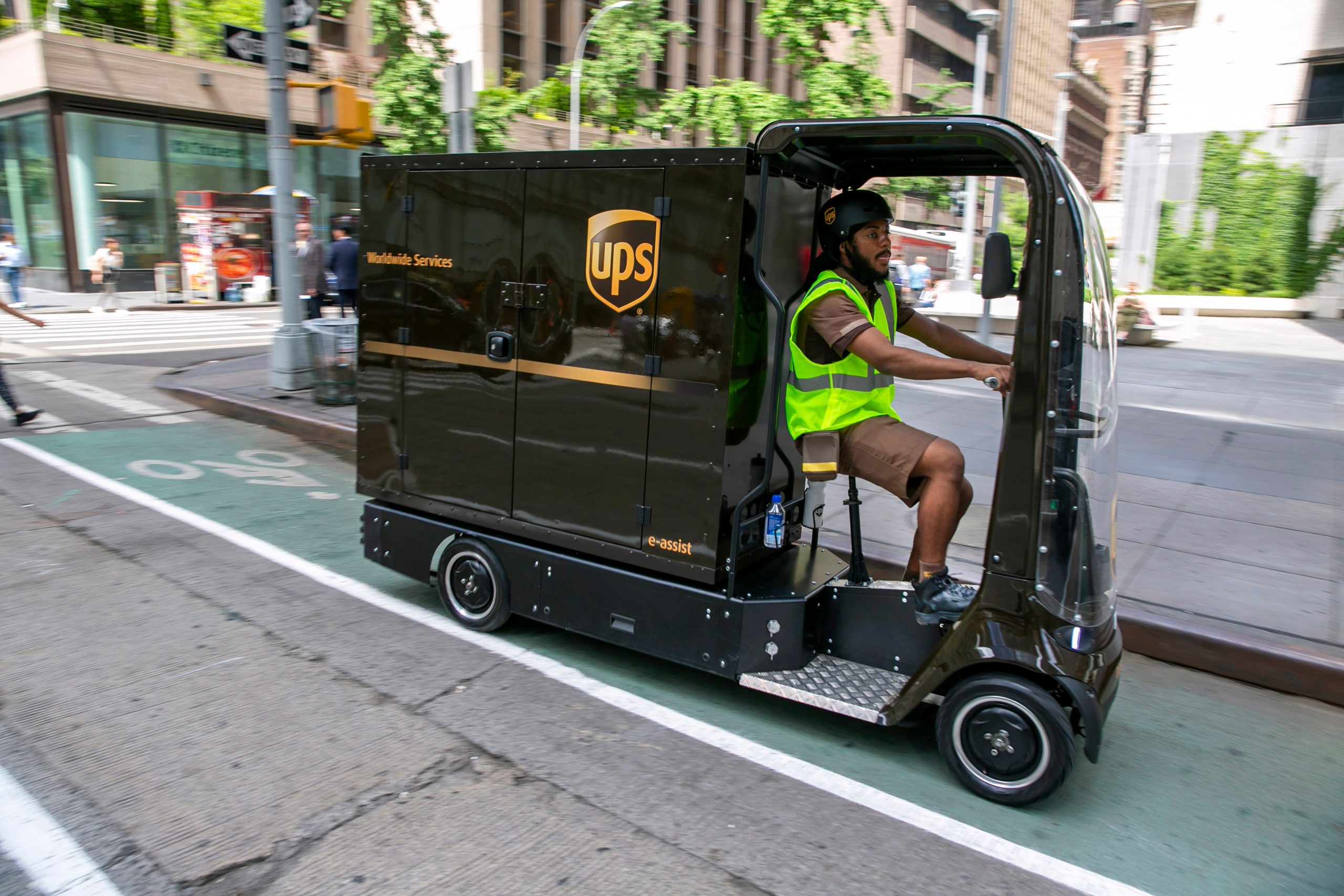 A smaller, battery-powered version of the UPS delivery truck is hitting the streets of New York City.

On Tuesday, the company’s four-wheeled eQuad electric bikes made their debut in the city, as part of the UPS’ trial run of the delivery cycles in congested cities like NYC and some cities in Europe.

“We’re testing out in New York just based on the blueprint of New York City, and the complexities,” Nicole Pilet, UPS industrial engineer, said in a video shared by Bloomberg. “If we can have success here in the city, then we can see how we implement in other cities throughout the US.”

UPS is already moving toward more electric delivery vehicles, and has more than 1,000 electric vehicles in its delivery fleet. The company has a goal to reach carbon neutrality by 2050.

UPS isn’t the first delivery company to experiment with e-bikes. FedEx added e-cargo bikes to its delivery services in London in December 2021, and has plans to extend the bike service to Edinburgh, Glasgow, and Cambridge. Like UPS, FedEx wants to cut its carbon emissions too, but 10 years earlier by 2040.

“Big trucks always blocking the traffic,” he told AP. “If they do that kind of stuff, it’s 10 times better for everybody.”

“I ride to and from work — from all the way from the Bronx all the way to here on 43rd — so it’s pretty comfortable for me,” Anderson said.