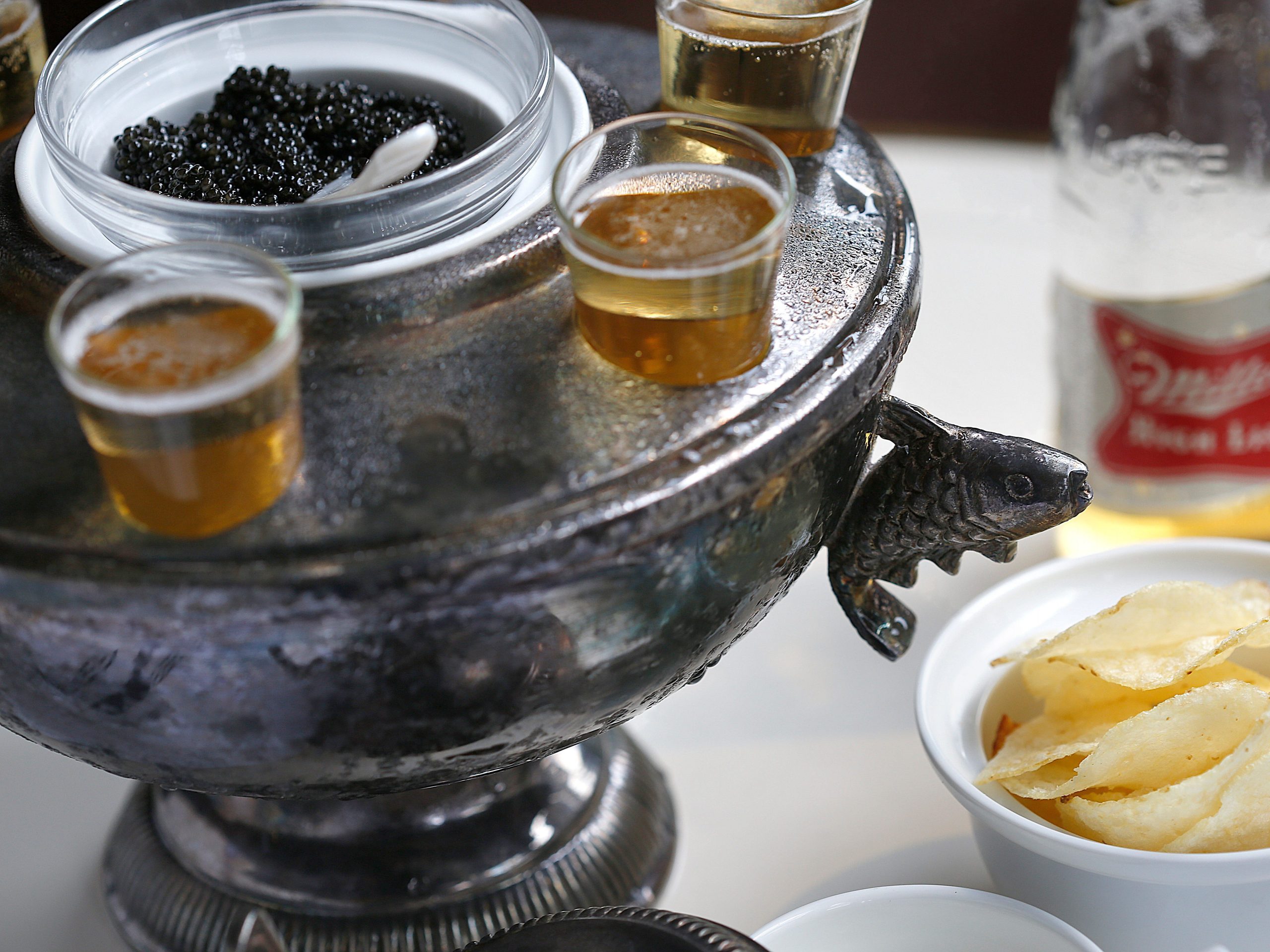 Caviar and a shot of Miller High Life beer with chips at Riddler, a new Champagne bar in Hayes Valley on Wednesday, January 4, 2016, in San Francisco, Calif.

Some millennials and Gen Zers are hankering for a bump — of fish eggs.

The New York Times’ Alyson Krueger reports that millennials are ingesting a tongue-full of the old-money, upper-class status symbol. As Krueger describes it, the “bumps” are more akin to licking salt off your hand after taking a tequila shot; no one is snorting caviar.

At the Temple Bar — an iconic cocktail spot in NoHo, which closed in 2017 but was resurrected in October 2021 amidst the city’s post-vaccine jubilee — caviar bumps made it onto the menu in fall 2021. Today, one will run you about $20, just a dollar less than their martinis.

“What will happen is someone will be like, ‘Should we do a caviar bump?’ and it feels a little naughty,” Temple head bartender Samantha Casuga told the New York Times. “Then other people see it, and they want to do one, too.”

It’s the latest iteration of the youngest generations hearkening back to the last ’20s — the roaring 2’0s, a mere century ago. There are, of course, many parallels with the conditions 100 years in the past: The country emerged from a deadly pandemic into a riotous spending boom and an impending sense of socioeconomic doom.

Millennials and Gen Zers have already glommed on to the roaring ’20s aesthetic, as Insider’s Hillary Hoffower previously reported. They’ve leaned into preppy, old money vibes, from tennis skirts to tweed blazers to all things vintage. Even their partying is old school, with a glam, night luxe aesthetic ruled by crystals, martinis, and oysters dominating going out — a stark contrast to the self-care and wellness messages filling up social media feeds.

It’s a direct rebuke to the now-sunsetting phase of the tech prodigy in jeans and a hoodie, or the business-casual girlboss. It doesn’t hurt that a lot of old-money activities — think golfing or boating — happen by design away from other people, which probably bolstered their popularity during the still-continuing pandemic.

Caviar bumps, like the fast-fashion iterations of old money outfits and the coastal grandmother aesthetic, are also quintessentially millennial: They’re a cheaper version of the original.

As the New York Times reports, caviar has become more accessible and affordable as farming has gotten more efficient and widespread in several countries, especially China. That means that the price point is no longer intolerable — or, at the very least, restrictive to someone who is spending upwards of $20 on a drink — and it can be consumed more casually.

In other words, as millennials and Gen Zers found solace in a nostalgic aesthetic, they’re still only able to afford just a bump. Sure, they may never be able to afford a house — and are facing down a tough choice between work that keeps pace with rising prices or work that helps combat the impending climate crisis — but at least they can fleetingly taste a quintessential luxury. Just don’t Google what came after the roaring 20s.