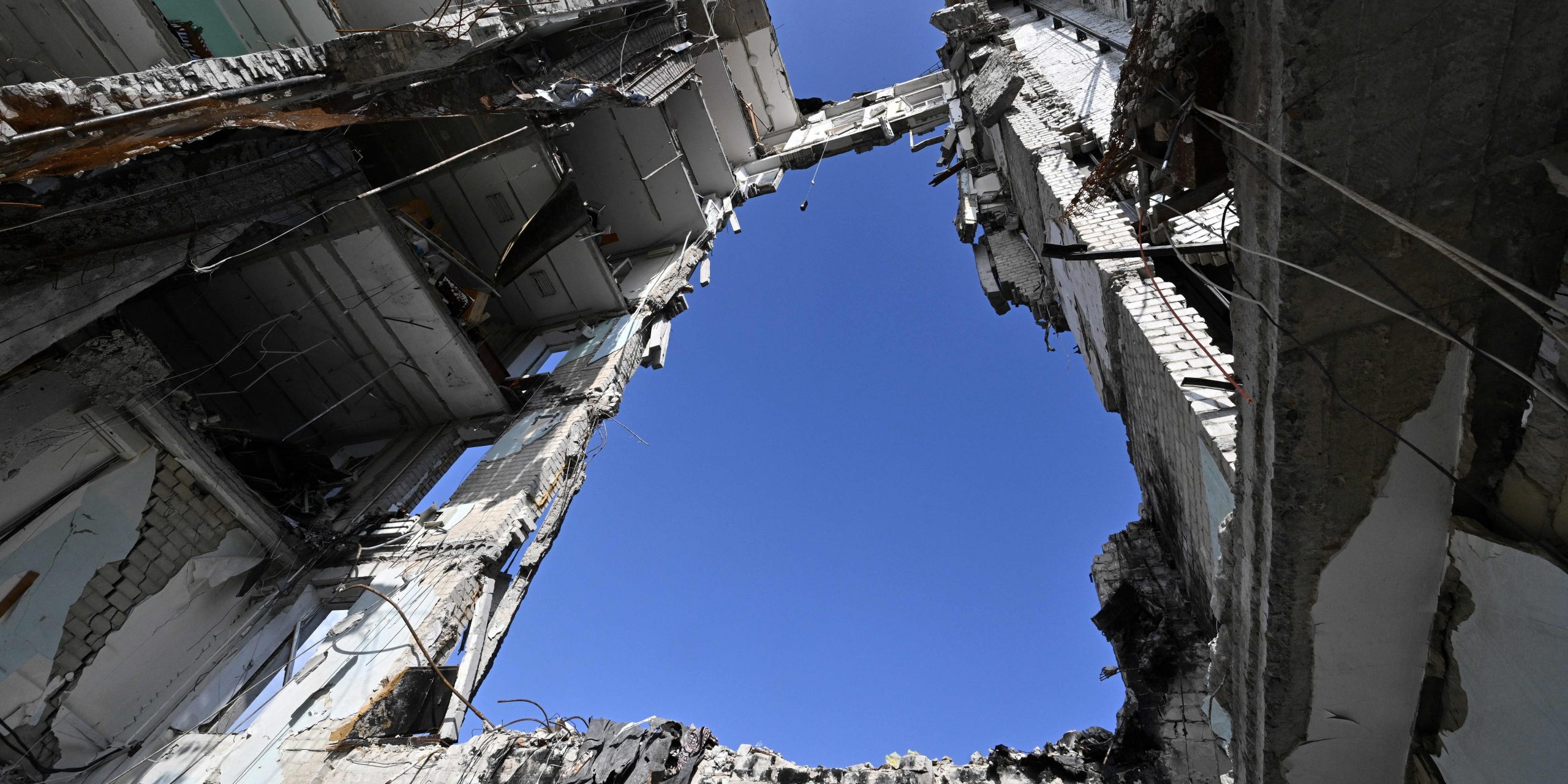 This photograph taken on June 10, 2022, shows the regional government building destroyed by a Russian missile strike in March 2022, in the southern Ukrainian city of Mykolaiv, amid the Russian invasion of Ukraine.

One hundred seven days into Putin’s invasion of Ukraine, reports are emerging that the Ukrainian military is experiencing “massive losses,” and cases of desertion are growing, an intelligence report says.

A military report by The Independent has shown that, for every artillery piece Ukraine has, Russia has 20, in the worsening situation in the Donbas, in eastern Ukraine.

The report also shows that Russia has 40 times the supply of artillery ammunition. They also have a longer range.

Deputy head of military intelligence in Ukraine, Vadym Skibitsky, has said that the force is almost “out of ammunition,” the Guardian reports.

“Our western partners have given us about 10% of what they have,” he said, explaining that Ukraine is now dependent on Western donations of supplies.

While the courage and resistance of the Ukrainian military have been a theme since the start of the war, there is concern that it’s starting to waver. A soldier of AFU is seen in Zelene Pole village destroyed by the Russian shelling, Donetsk Region, eastern Ukraine

Up to 200 Ukrainian soldiers are killed every day, an aide to President Zelenskyy told the BBC on Friday, and there are now signs that Ukrainian fighters’ morale is starting to buckle.

The report, says Kim Sengupta of The Independent, describes the spike in deaths as having “a seriously demoralizing effect on Ukrainian forces as well as a very real material effect; cases of desertion are growing every week.”

This news comes as Russian troops make progress in the battle for the eastern town of Severodonetsk, which Ukrainian troops said they were making progress in recapturing just one week ago.

Reiterating the need for international support, Serhiy Haidai, the governor of the Luhansk region, said Western countries could have the power to change the outcome of the battle there if they donate more arms.

“If we get Western long-range weapons quickly, an artillery duel will begin, the Soviets will lose to the West, and our defenders can clean up Severodonetsk in two or three days,” he said on Telegram on Thursday.