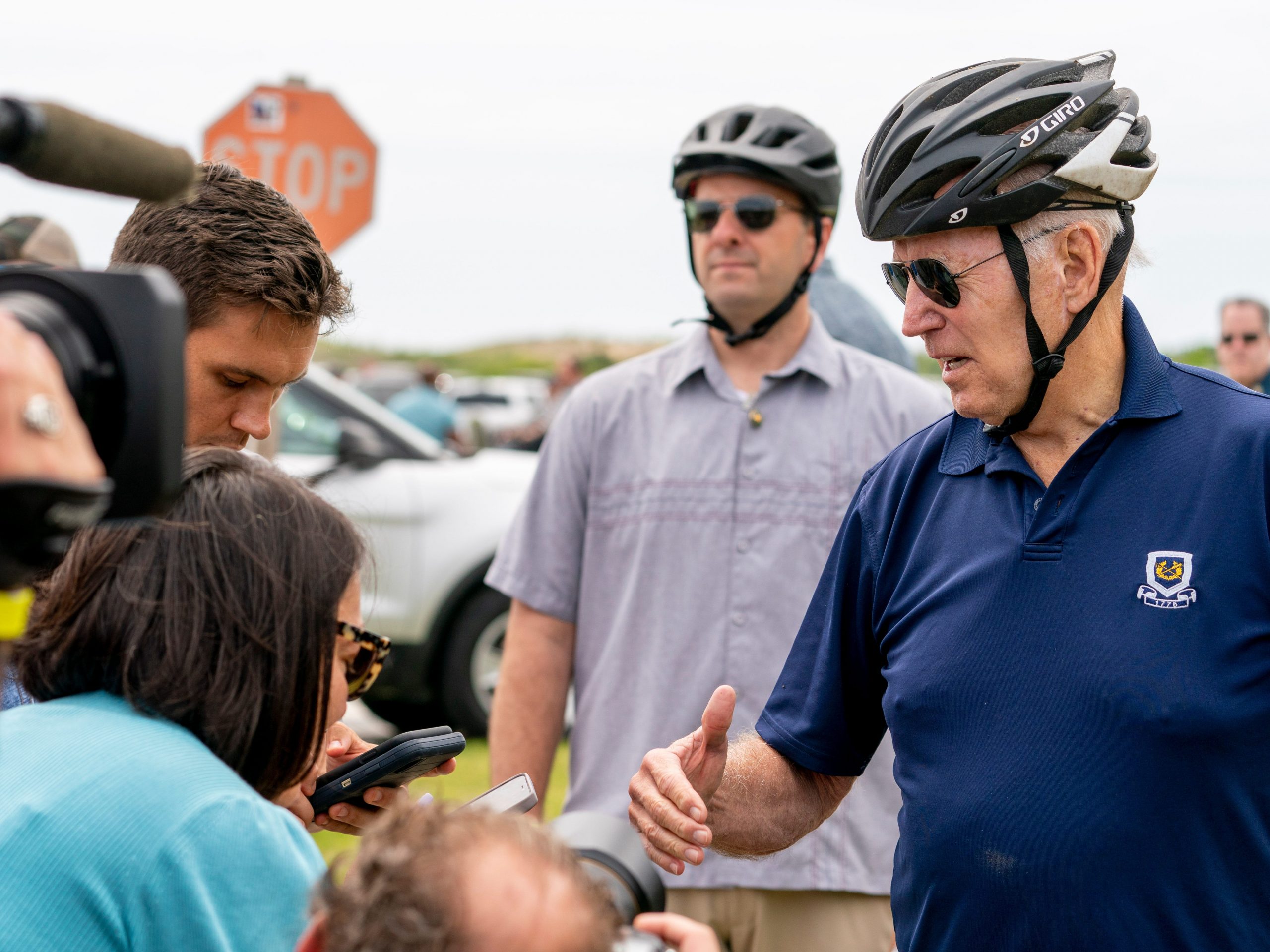 President Joe Biden speaks to members of the media as he goes on a bike ride in Gordons Pond State Park in Rehoboth Beach, Del., Sunday, July 10, 2022.

President Joe Biden told reporters on Sunday that he is considering declaring a public health emergency for abortion access.

“That’s something I’m asking the medical people in the administration to look at, whether I have the authority to do that and what impact that would have,” Biden said while taking questions during a bike ride in Rehoboth Beach, Delaware, according to ABC News.

The administration had previously tabled the idea, worried that it would be seen as a public relations stunt that would draw lawsuits, according to a Bloomberg Law report.

“We can do a lot of things to accommodate the rights of women. In the meantime, fundamentally, the only way to change this is to have a national law that reinstates Roe v. Wade,” Biden said Sunday. “Keep protesting. Keep making your point. It’s critically important.”

Declaring a public health emergency is one of several moves that abortion advocates have called on Biden to take following the Supreme Court’s overturn of Roe v. Wade, undoing a nearly 50-year-old ruling that legalized abortion nationwide.

Senators Elizabeth Warren and Tina Smith called on Biden to  “declare a public health emergency” the day after the Supreme Court’s June 24 ruling.

“We urge the president to declare a public health emergency to protect abortion access for all Americans, unlocking critical resources and authority that states and the federal government can use to meet the surge in demand for reproductive health services,” the senators wrote in an op-ed for the New York Times.

Members of the Congressional Black Caucus issued a similar call in a letter to Biden ahead of the Court’s final decision, calling on the president “to use every tool at your disposal to protect fundamental reproductive rights and abortion access.”

Biden signed an executive order on Friday to direct the Department of Health and Human Services to protect access to abortion care, including medication abortion and contraception access, Insider previously reported. He has urged people to vote in the November midterms.