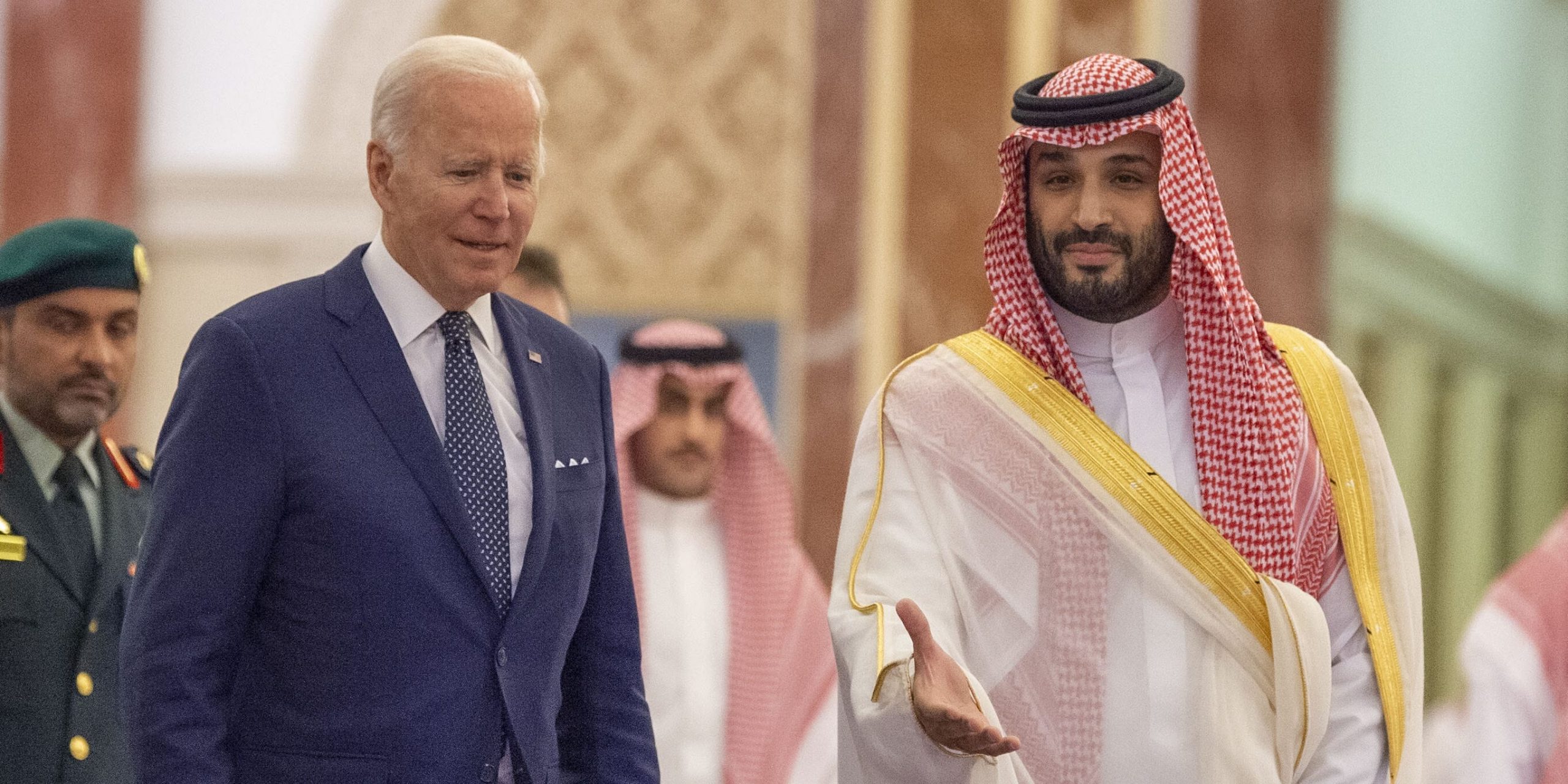 “He basically said that he was not personally responsible for it. I indicated that I thought he was,” Biden told reporters from Jeddah, Saudi Arabia, shortly after he wrapped up his first meeting with Salman.

The president said he brought up Khashoggi’s murder “at the top of the meeting” with Salman.

“I was straightforward and direct in discussing it,” Biden said. “I said very straightforwardly, for an American president to be silent on an issue of human rights is inconsistent with who we are and who I am. I’ll always stand up for our values.”

Prior to meeting with Prince Mohammed, who’s often referred to as MBS, Biden during a news conference in Israel on Thursday sidestepped a question from a reporter on whether he would explicitly address Khashoggi’s murder during the visit.

While on the campaign trail in 2019, Biden vowed to make Saudi Arabia a “pariah” over Khashoggi’s murder. The president has faced strong criticism for traveling to Saudi Arabia.

Hatice Cengiz, Khashoggi’s fiancée, called out Biden in tweets on Friday. One of the tweets featured a screenshot of a fake tweet that imagined how Khashoggi would react to Biden meeting with the man accused of ordering his murder. “Hey @POTUS, Is this the accountability you promised for my murder? The blood of MBS’ next victim is on your hands,” the text of the fake tweet said.

Biden’s visit to the oil-rich kingdom this week came amid a global energy crisis catalyzed by the COVID-19 pandemic and Russia’s invasion of Ukraine. It also took place as the US vies to restore the 2015 Iran nuclear deal. The Saudis, who view Iran as a threat, have often criticized the Obama-era agreement.

The president has defended his visit to Saudi Arabia by framing it as important to promoting US interests.

“I think we have an opportunity to reassert what I think we made a mistake of walking away from — our influence in the Middle East,” Biden said Thursday.

“We can continue to lead in the region and not create a vacuum — a vacuum that is filled by China and/or Russia against the interests of both Israel and the United States and many other countries,” the president went on to say.