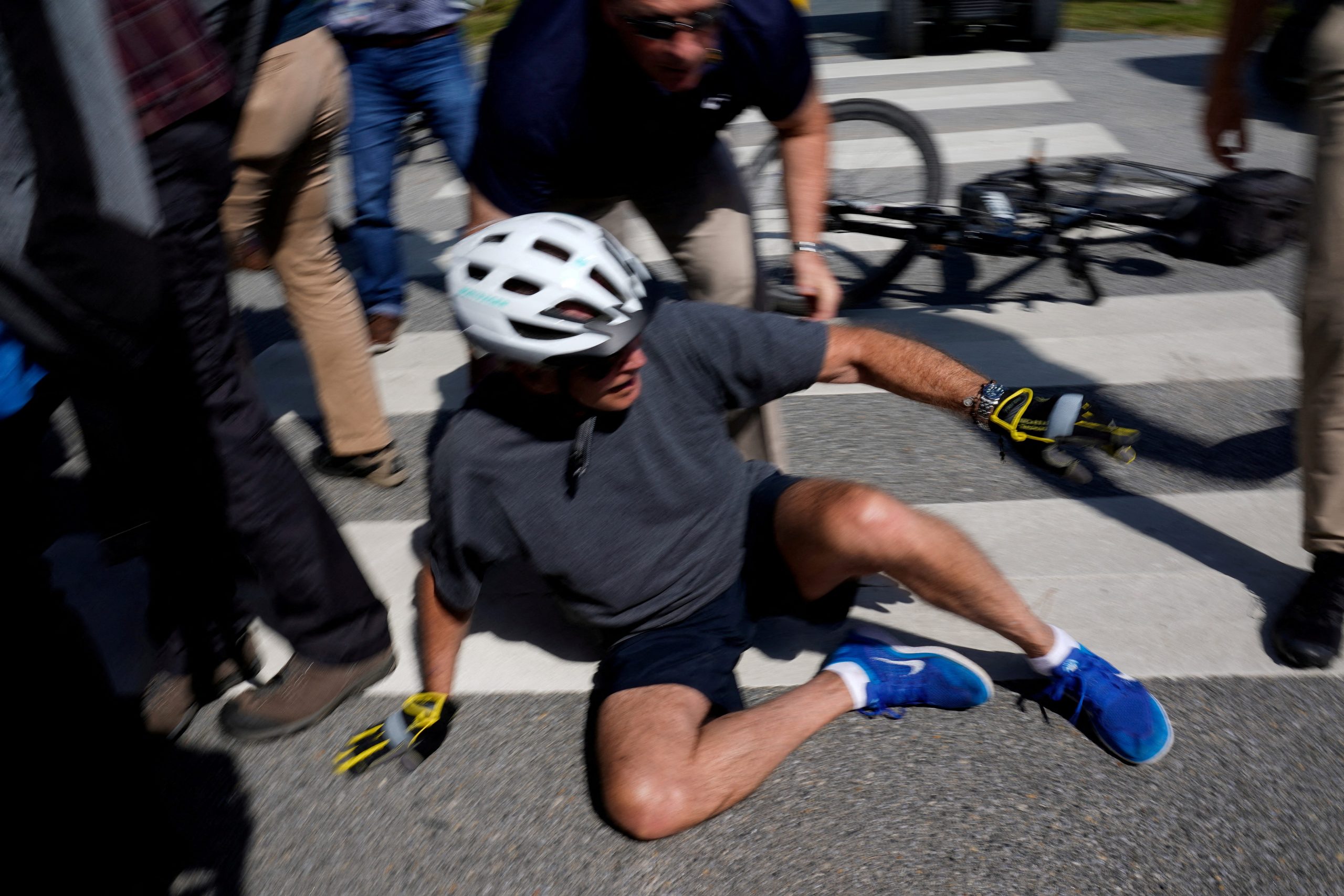 President Joe Biden falls to the ground after riding up to members of the public during a bike ride in Rehoboth Beach, Delaware, on June 18, 2022.

President Joe Biden took a tumble from his bike on Saturday while riding near his home in Rehoboth Beach, Delaware.

The president, who was in town this weekend to celebrate his 45th wedding anniversary with his wife, first lady Jill Biden, fell from his bike around 9:30 a.m. as he rode near members of the public.

“I’m good,” Biden said after the fall, which took place within view of the press pool. He appeared uninjured upon standing after the incident.

He added: “My foot got caught.”

Biden, who arrived in town yesterday, said he had a difficult time taking his shoes out of the bike’s pedals, which led to the fall.

The president often bikes in the vicinity of his home when he is home in Delaware, which he represented in the Senate from 1973 to 2009 before serving as vice president from 2009 to 2017.