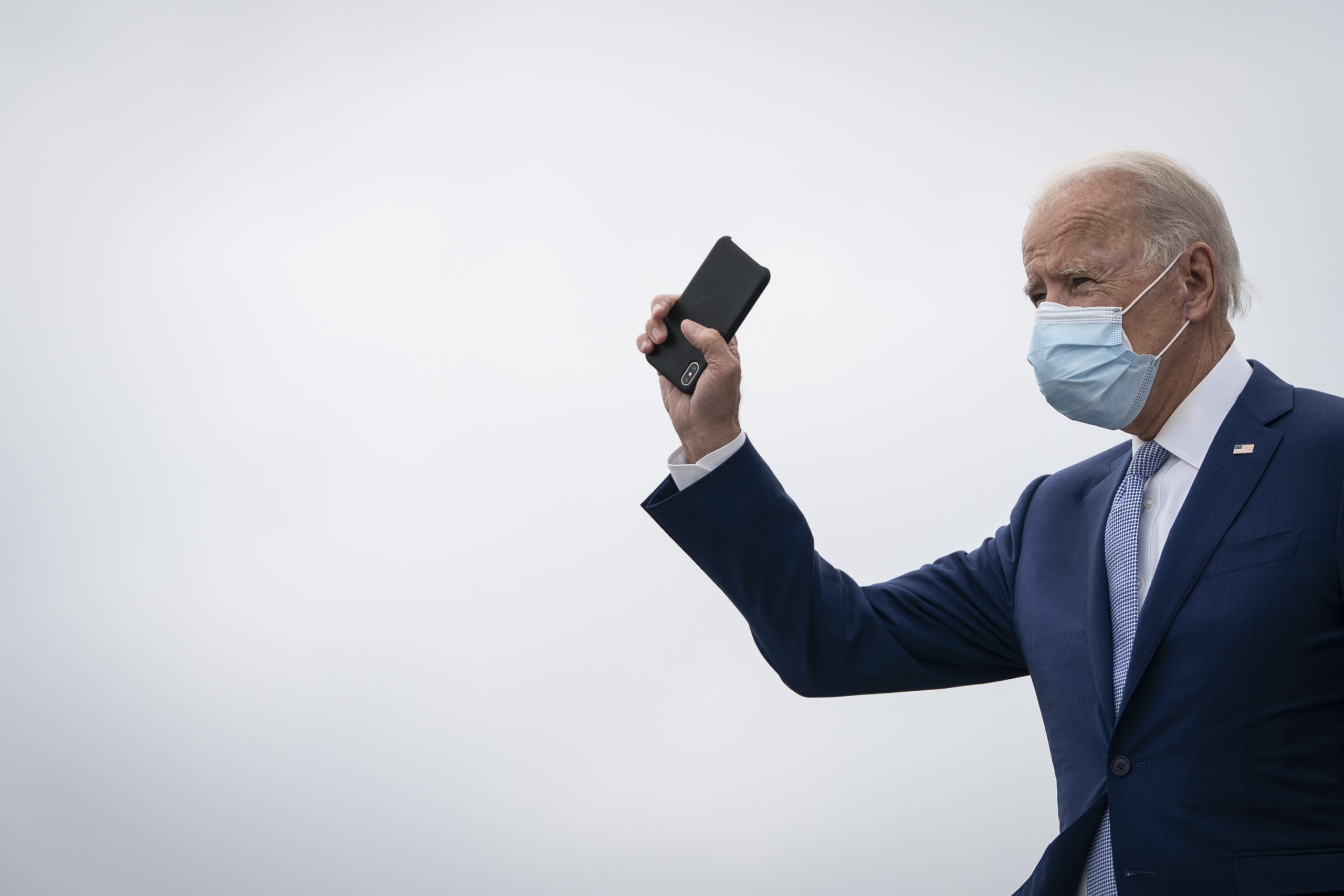 Joe Biden wants in on your group chat.

The president joined the messaging platform, Community, which allows influencers and other high-profile figures to communicate directly with their audience through text messages.

The administration on Saturday unveiled a phone number, (302) 404-0880 (Delaware-based, obviously), through the platform and will ask people to share personal stories about how gun violence has changed their lives. The president will relay some of those stories during a White House event Monday highlighting the gun safety legislation he signed into law earlier this month.

White House aides say the texts from Biden’s account will reflect a collaboration between staff and the president, although aides expect Biden to craft messages himself.

The president’s digital team has experimented with ways of reaching voters, particularly younger ones on social media platforms. The White House does not have a TikTok account, although Biden has filmed videos with the Jonas Brothers and others who uploaded the collaborations to their own TikTok accounts. The president also has sat for interviews loaded to Shade Room, a pop culture site geared for a young, Black audience, and White House Covid adviser Anthony Fauci has held Instagram Live sessions.

“All of these things are great, but social media audiences go away. You’re beholden to the algorithm. And even email can be unreliable in terms of open rates, and who you send to,” said Rob Flaherty, the White House director of digital strategy. “SMS is a really reliable tool to reach people directly and quickly. SMS people like to say the open rate is 100 percent.”

Political campaigns often use text messages to disseminate information — including Biden through the Democratic National Committee — but aides say this is the first time in nearly a decade the White House has “opened a new communication channel to/from the public.”

Biden’s predecessor Donald Trump was a prolific user of Twitter until he was permanently booted from the platform following the Jan. 6 Capitol Hill riots. But White House aides have often remarked that “Twitter is not real life,” a reference to the platform not as widely embraced in the heartland of America as it is by Washington politicians and the media who cover them.

Launched in 2019, Community allows both people and companies, or their brands, to send text messages to fans and supporters in a group or one-on-one. Users can opt-in to receive messages and promotions, while the people they follow — particularly politicians — use the platform to mobilize supporters and voters.

Aides say the White House can use the platform to announce trips and ask for feedback on proposals in the works or plan to preview.

“If we’re going to Ohio, we can text everyone subscribed in Ohio and say, ‘Hey, come to our event,’ or ‘I’m going to be in town,’” Flaherty said. “Also, we can text people based on interest areas. It allows us to have a direct dialogue with people.”

There’s also the added benefit of being able to control the message and going around traditional news sources, he said.

Biden is the latest politician to use the platform. Former President Barack Obama used Community in 2020 and Georgia gubernatorial candidate Stacey Abrams joined Community last year to work with the voting rights group she started to mobilize voters and promote initiatives.

“You could have the president do a town hall with the tool. Take questions and that kind of thing. We’ve been talking about, ‘Should we let Community pick his tie one day?’” Flaherty said. “We’re kind of experimenting here.”