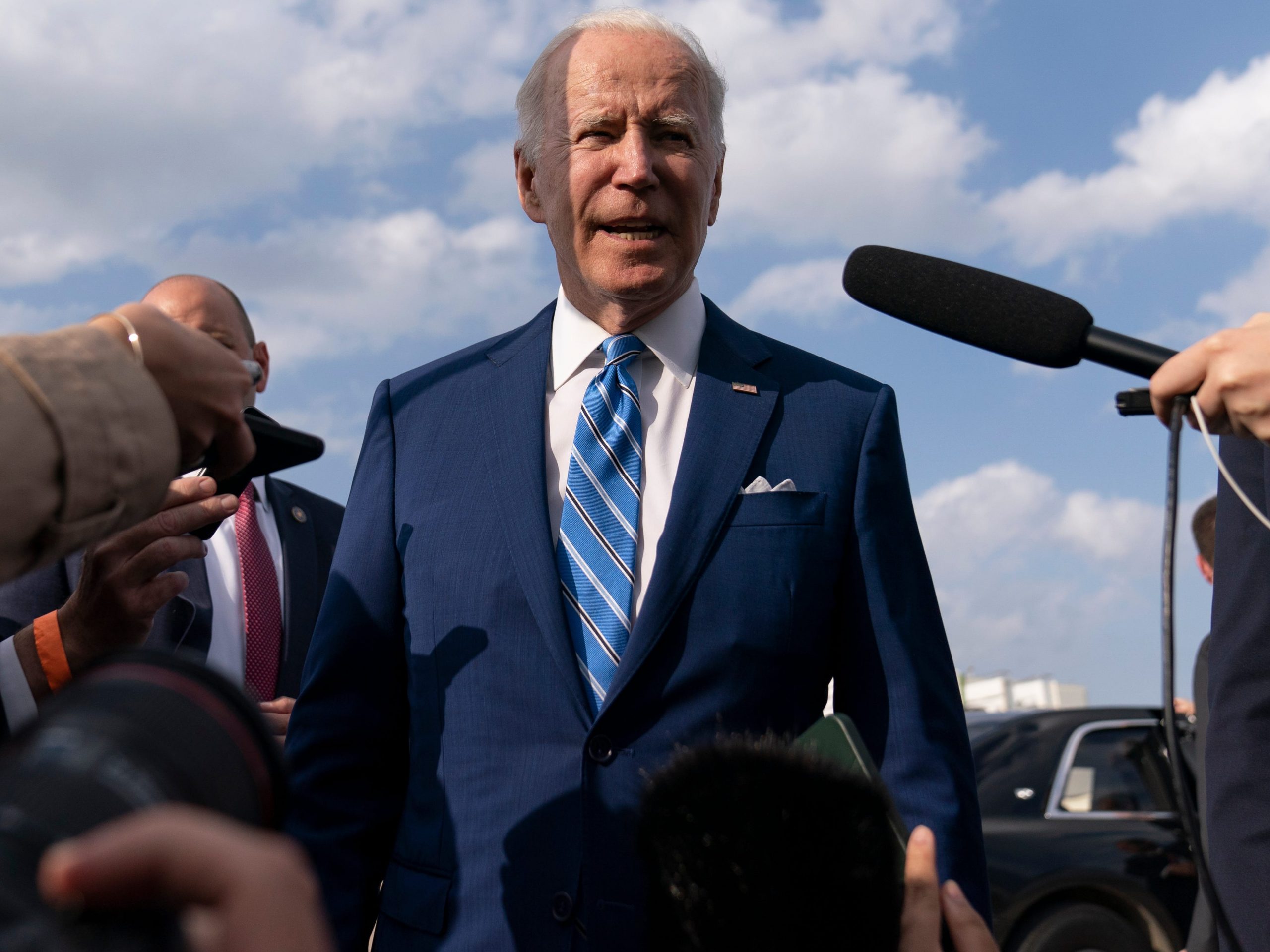 President Joe Biden speaks to the media before boarding Air Force One at Des Moines International Airport in Des Moines, Iowa, on April 12, 2022.

The rigors of the US presidency — anchored by a sprawling economy, consequential world affairs, and the necessity to remain in touch with millions of people — are a challenge for any individual who seeks to sit in the Oval Office.

President Joe Biden, who represented Delaware in the Senate for 36 years before serving as vice president for eight, knows the complexities of the office like few other people — owed to his years of lawmaking and current residency in the White House.

But as The New York Times recently reported, several White House aides keep an eye on the 79-year-old commander-in-chief, cognizant that he is attuned to official affairs, while still remaining mindful of his vigor.

“His energy level, while impressive for a man of his age, is not what it was, and some aides quietly watch out for him,” The Times reported.

The report stated that Biden sometimes “shuffles when he walks,” with some aides concerned that he could potentially fall at times. It also noted that some aides “hold their breath” when the president speaks during public events, hoping that he will get through his remarks without any major gaffes.

In recent months, some Democratic voters have expressed concerns with Biden’s age, with more than a few pointing to his more moderate and congenial brand of politics, which has fallen out of favor among the most fervent partisans who have been elected to Congress in recent years.

However, Biden has said that he intends to run in 2024, which could potentially set up a rematch with his 2020 opponent, former President Donald Trump.