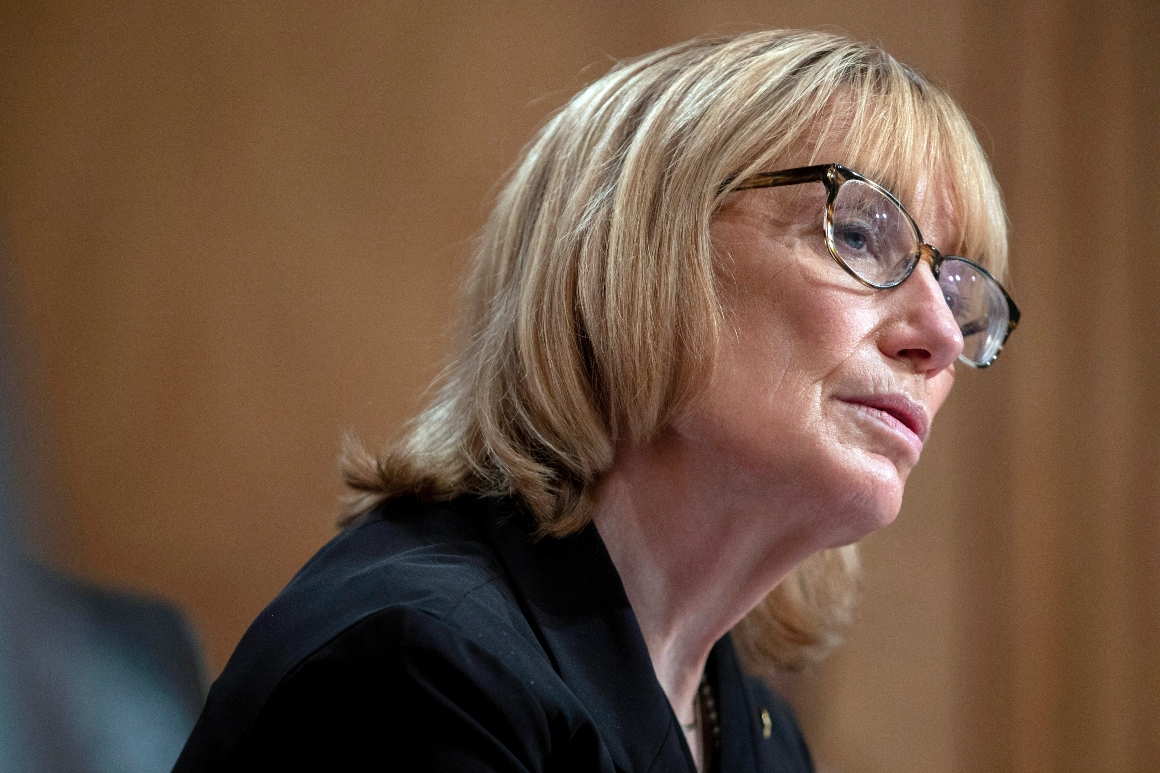 Memo to the Biden administration: The written plan to handle a summertime migration surge at the border isn’t satisfying purple-state Democrats who were pointedly asking for one.

Instead, even after reviewing a Department of Homeland Security memo laying out how the agency will deal with an influx of migrants at the border, several Democratic lawmakers are still calling for a delay in lifting the pandemic-era border restrictions known as Title 42. And some of them want a vote in Congress to push back against President Joe Biden’s polarizing reversal of his predecessor’s policy.

Sen. Maggie Hassan (D-N.H.), who is up for reelection and recently traveled to the southern border, put it this way: “They still have work to do.” Hassan is among the Democrats supporting a legislative postponement of Biden’s May 23 policy change and she said she will “keep pushing for it.”

“What I didn’t hear [Tuesday] was specifics about numbers and deployment and really meeting the need,” she said. “I don’t have enough details from the administration about precisely how they are going to do that.”

The DHS memo followed swift pushback from vulnerable Democratic incumbents and Senate candidates over Biden’s decision to end the limits on migration. While a federal court this week temporarily blocked the policy change from proceeding, Title 42 remains a political flashpoint and a test for where Biden’s party stands on immigration policy.

And Hassan isn’t the only incumbent Democrat still raising the alarm. Sen. Catherine Cortez Masto (D-Nev.) said she still hasn’t seen a “comprehensive plan.” Sen. Mark Kelly (D-Ariz.) also remains unsatisfied, noting “there’s having things on a piece of paper and then what is going on on the southern border — and there is a huge disconnect.”

It’s still possible the courts could further forestall any coming changes at the border and save Democrats their internal fight, but until that happens the issue remains center stage in Congress. Republicans reiterated this week they want to force a vote on it, regardless of what any federal judge decides.

And that goes for Democrats, too, some of whom say Senate Majority Leader Chuck Schumer needs to give them a vote on the bipartisan bill that would preserve Covid-related curbs at the border.

“I think Chuck realizes [where some Democrats are]. He can try and stall it all he wants to. I think there will be pressure. I definitely think if I was in cycle, I definitely would. I don’t think it’s going away,” said Sen. Joe Manchin (D-W.Va.), a supporter of keeping Title 42 in place. “We’re representing the people.”

Earlier this week, Schumer said that Title 42 “shouldn’t be used to hold up important things like Covid aid” while acknowledging his members are divided. “We’re going to be working through this to see if we can come to a position that our caucus can agree on,” he added.

The DHS memo offers more detail about the resources available for an anticipated surge in migrants should the border be fully reopened. It also discusses efforts to target “transnational criminal organizations and smugglers” seeking to bring migrants and drugs across.

A number of sitting Democratic lawmakers as well as candidates said this month that without a better plan to deal with the fallout, Biden should reverse course and leave in place the policy that turns back migrants immediately at the border. The administration argues that processing migrants will actually make the border more secure, by allowing those crossing the border illegally to be charged with crimes.

“Arizona communities continue to pay the price for the federal government’s failures at our border. The administration’s plan for the end of Title 42 is unrealistic by May 23rd, and incomplete implementation won’t properly protect the health and safety of Arizona communities and migrants,” Sinema said.

Sinema did praise the administration for including a border processing proposal in its DHS memo, and other Democrats spoke positively of the plan. Sen. Alex Padilla (D-Calif.), who is pushing for broader immigration reform and also up for reelection, said the Biden administration is “definitely moving in the right direction,” noting that the new document has “more specifics, more meat on the bones.”

Other senators who criticized the administration’s handling of the border shift — like Sens. Jon Tester (D-Mont.) and Raphael Warnock (D-Ga.) plus Homeland Security Chair Gary Peters (D-Mich.) — said they’re still reviewing the latest update. Tester said a good plan from the administration could slow down efforts to block Biden in Congress.

Inside the House Democratic caucus, however, the debate is roiling moderates — including those who represent border districts — who continue to vent that the White House’s guidance this week has only led to more questions.

Some of those centrists have tried to warn their colleagues about the toxicity of immigration politics ahead of November. That includes Rep. Sean Patrick Maloney (D-N.Y.), leader of the caucus’ campaign arm; he delivered emotional remarks in a private meeting Tuesday about how Biden’s border crossing policy has become a major issue in virtually every battleground race, according to people in the room.

Senators will have an opportunity next week to hear testimony on the matter from DHS Secretary Alejandro Mayorkas, who appeared before two House panels this week. At his House hearings, Mayorkas defended the administration’s handling of the uptick in migrants at the border and indicated that broader immigration reform was up to Congress.

Rep. Elissa Slotkin (D-Mich.), who delivered a fierce rebuke of both parties’ handling of border policies at a hearing with Mayorkas, said Thursday that Democrats and Republicans in Congress are culpable but added: “Don’t just come up with another Band-Aid.”

“The Department of Homeland Security has been very transparent about the comprehensive planning underway to plan for the eventual lifting of Title 42,” a White House official said when asked about the continued Democratic criticism, insisting on anonymity to speak candidly. “When Title 42 is no longer in place, migrants who attempt to enter the country unlawfully will be placed in immigration proceedings.

But there are bigger problems for border-district Democrats. Privately, several say that the White House — as well as their own more liberal colleagues — simply don’t understand the strain that the surge of migrants will have on their communities back home.

They’ve also questioned why the Biden administration has yet to ask for additional funding to help border towns prepare for that projected increase in crossings.

”My district, if you go talk to mayors, county judges, sheriffs, police on the border, they’re all saying, don’t lift it. Because we’re right there,” said Rep. Henry Cuellar (D-Texas), who faces a difficult runoff election against a progressive challenger next month.

“If there was a vote, I would support it,” Cuellar said, adding: “Maybe one of the courts will give him a way out of this.”