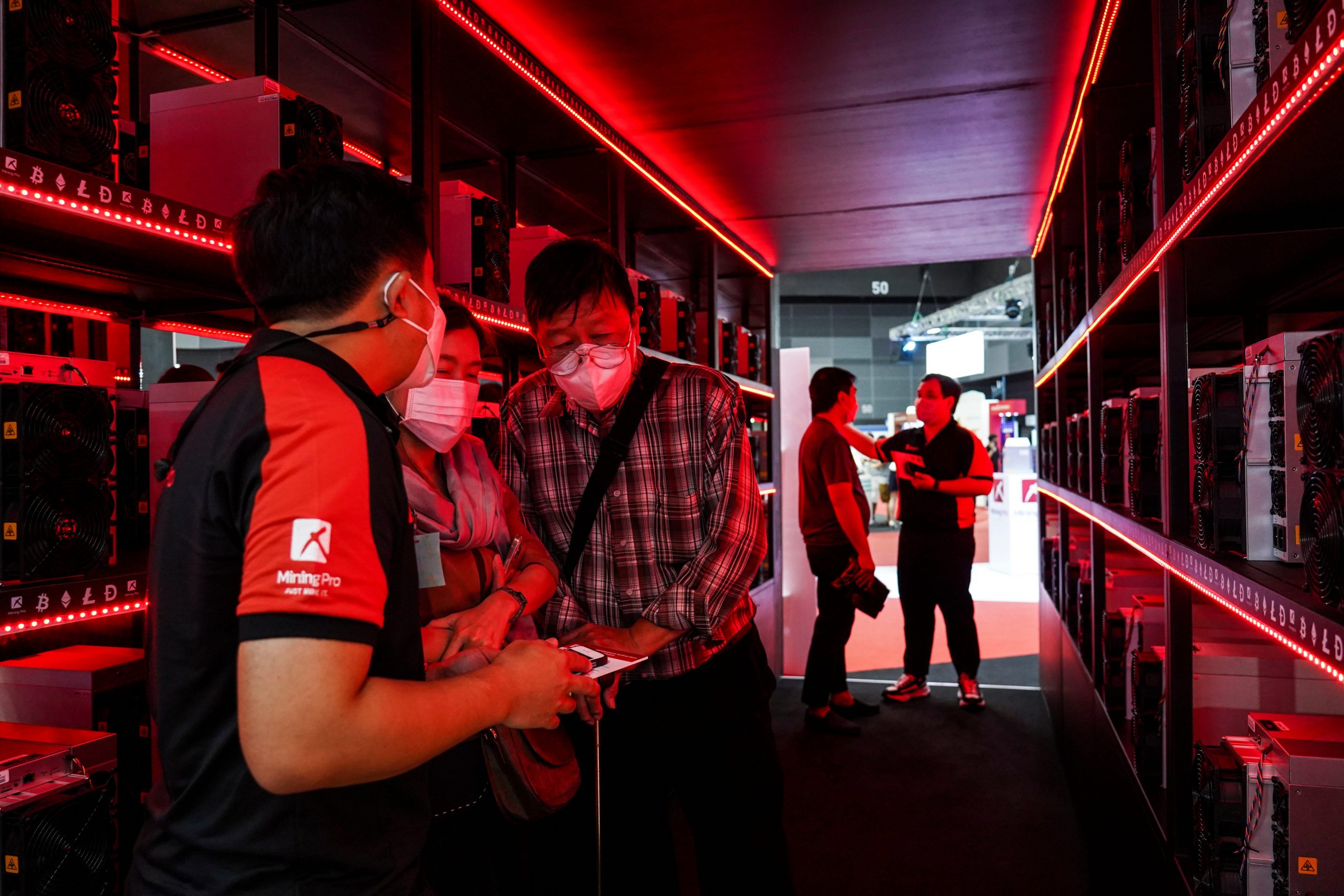 Two longtime crypto miners told Insider how the community is cutting costs during a brutal sell-off.

This brutal crypto winter has already claimed billion-dollar companies as victims — but it’s also making life much tougher for fans who mine bitcoin from their spare room or garage.

These hobbyists, who would typically use GPU rigs to pull in hundreds of dollars worth of cryptocurrency a month, have seen their profits plummet and their costs surge in a hellish 2022.

Chris Vega and Michael Carter, who between them have two decades of experience mining bitcoin and advising others, told Insider how the US community is coping.

“It’s easier for at-home miners to be innovative than large companies, because they have lower overheads,” Carter said in a recent interview.

“Hobbyists are the ones that are innovating and trying new techniques to cut their costs.”

Bitcoin has plunged more than 70% from its November all-time high, while prices for electricity — a big input cost for power-hungry mining — are soaring worldwide due to the energy crisis.

Individual miners can’t hope to control the price of bitcoin. But they can get creative to manage their utility bills.

Some at-home US miners are relocating to take advantage of lower energy prices, according to Vega and Carter.

Electricity costs are set to rise another 5% in the US this summer, according to government figures. But that masks a massive variation between states, with the US Chamber of Commerce forecasting a 16.4% rise in New England but only a 2.4% bump in the South-West.

“Lots of Americans are moving to a different state because electricity is cheaper there,” Carter said. “When there’s a bear market, you tend to see a lot of migration by bitcoin miners.”

Some crypto miners are even considering switching to renewable power sources to cut their electricity costs, the two said.

Florida-based Vega said he’d heard of miners pivoting to solar power, while Carter said some in the Midwest were moving to states like Illinois or Missouri to take advantage of wind power there.

“There are a lot of incentives to use renewable energy here in the US,” Carter said. “If you’re putting up large solar panels, you can get half of it paid off by the government, which can really help miners to cut their costs.”

As well as providing free advice on YouTube, Carter — who runs a larger mining operation out of St Louis, Missouri — consults with larger Midwestern mining firms about how to optimize their setup.

In the at-home mining world, though, some are selling old equipment to raise capital. On second-hand sites like eBay, would-be crypto miners can pick up rigs for as little as $300.

Longtime hobbyists would likely find selling their equipment a painful prospect, Vega and Carter said, but those who first bought rigs in last year’s run-up to market highs could be looking for a quick way out of crypto.

“Sellers tend to be newcomers that entered the space when bitcoin was at its all-time high, and bought a lot of hardware at ridiculously high prices.”

Vega started mining crypto as a teenager attending LAN parties. He told Insider his first foray involved him and his friends “getting a bunch of laptops and piggybacking off grandma’s Wi-Fi.”

Both he and Carter are well positioned to see the community’s suffering right now. But both expect hobbyists to survive the current crypto downturn if they can cut their costs.

“The mining scene is full of individuals who bring a unique flair to the industry,” Vega said. “I think — and hope — that the grassroot individual will continue to prevail.”

Read more: How to mine cryptos including bitcoin and ether: Your complete guide to the technical setups, profits, and risks involved