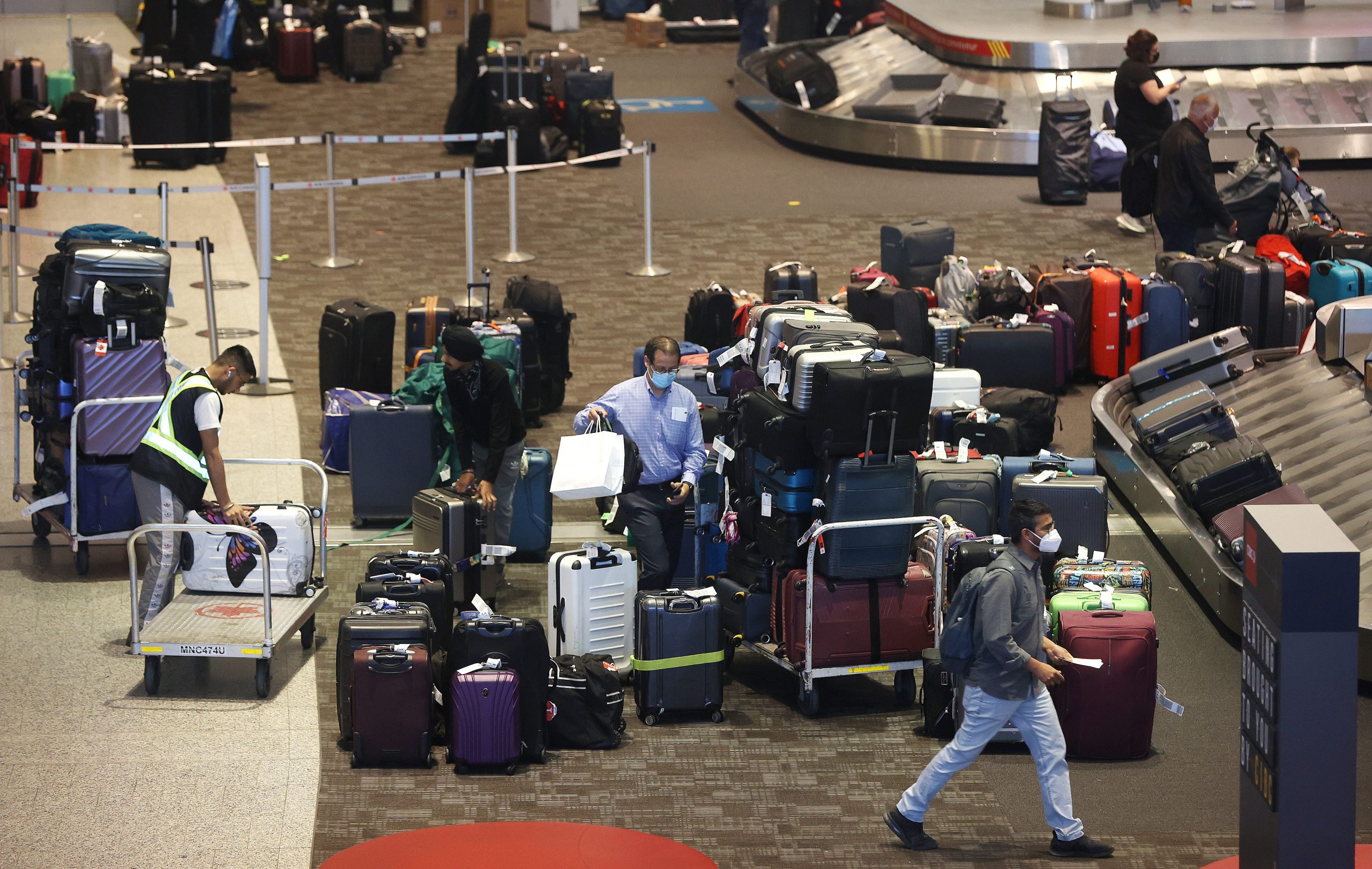 Luggage starts to pile up at Pearson International Airport on June 10 2022.

An Air Canada passenger who recently lost luggage said she deliberately packed a carry-on bag to avoid the travel disruption consuming the airline industry, but was later made to check the bag which was then misplaced.

Emily Maitino — who travelled with her partner from LAX to Barcelona via Air Canada on June 29 — told Insider that she was made to check the bag in in LA after being told there was no more room for carry-ons.

She later realised the bag was missing after waiting at the luggage carousel in Barcelona for two hours.

“I’m feeling really frustrated,” Maitino told Insider, adding that she had called Air Canada seven or eight times in the days after the bag went missing, but hadn’t received a response.

Air Canada did not immediately respond to Insider’s request for comment.

Maitino is one of many passengers who have lost their luggage on Air Canada flights recently.

Other passengers have taken to social media to express their frustrations over lost luggage. Another Air Canada passenger told Insider that they made 20 calls to Air Canada in one day after the airline misplaced their luggage on a connecting flight from Lisbon, Portugal, to LaGuardia in New York.

The aviation industry has been plunged into chaos in the summer of 2022, as both airlines and airports struggle to recruit the staff needed to process the surging passenger numbers.

At Toronto Pearson International Airport, Canada’s largest airport and one of the airline’s hubs, thousands of unclaimed bags have piled up.

Air Canada is not the only airline which has faced disruption and passenger frustration recently.

Britain’s flagship airline British Airways this week announced it would cancel over 10,000 short-haul flights to and from London airports this summer. Earlier in the week, Scandinavian Airlines was forced to cancel hundreds of flights after pilots went on strike.

Other airlines trimming their summer schedules include Lufthansa and Delta.