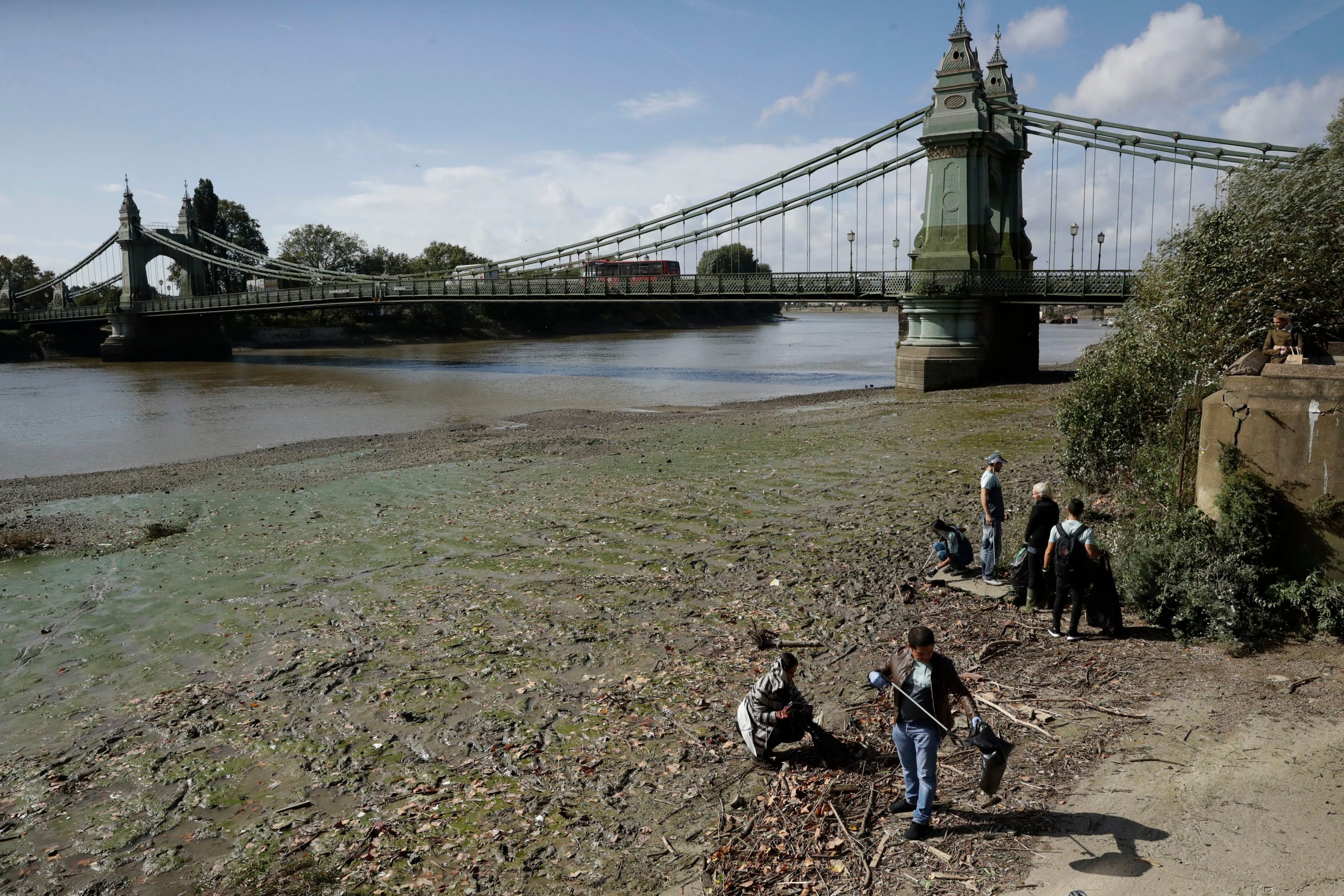 Volunteers work to clear rubbish from the banks of the River Thames, with Hammersmith Bridge in background.

A “wet wipe island” the size of two tennis courts has formed in the Thames, causing the river as it flows through London to change course, according to The Times of London.

Ministers have asked people to stop using wet wipes, and the government is considering banning those that contain plastic.

Fleur Anderson, a Labour MP, warned that when flushed down the drains, wet wipes don’t disintegrate and instead end up in the Thames, England’s second-longest river.

“There’s an island the size of two tennis courts, and I’ve been and stood on it — it’s near Hammersmith Bridge in the Thames, and it’s a meter deep or more in places of just wet wipes. It’s actually changed the course of the Thames,” Anderson during a session of questions on the environment, food, and rural affairs in the Commons, per The Times.

Anderson has proposed banning the manufacture and sale of wet wipes containing plastic, The Times reported, noting that it is unlikely to become law without government backing.

Most wet wipes are made with plastic, which does not break down when flushed, according to environmental charity Thames21.

Furthermore, they can break down into microplastic and damage aquatic life and the Thames’ ecosystem, the charity said.

The charity is urging the government to ban wet wipes containing plastic and is calling for regulation to label how wet wipes should be disposed of clearly.

Thames21 documents the plastic litter that washes up on foreshores along the river and found that in just under five years, one mound grew by 1.4m in height (around 55 inches) and covered the area of two tennis courts, according to data from Tideway and the PLA.

Wet wipes were found in densities of between 50 and 200 per square meter (around 540 to 2150 per square feet) at these hotspots.

Last year, volunteers for the charity collected more than 27,000 wipes over two days at a different site next to Battersea Bridge.

Wet wipes also make up nearly 90% of the materials contained in “fatbergs,” which are masses of solid waste made of grease and fat that can block sewers.

Rebecca Pow, an environmental minister, asked members of the public not to flush wipes down the drain if they use them, the paper said.

Pow said the government would “come up with some suggestions of what we propose to do very shortly.”