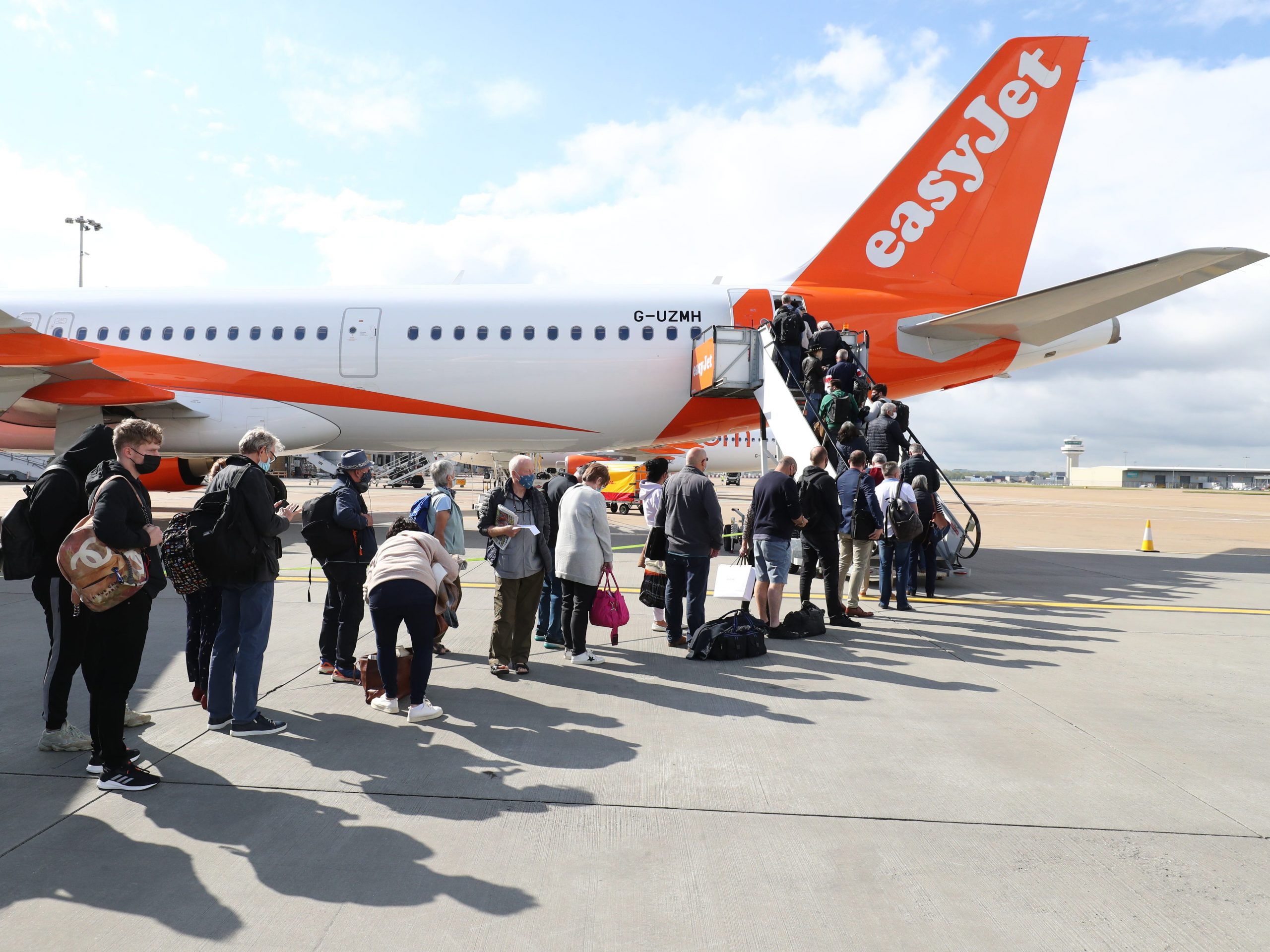 Zara Todd’s view whilst being stuck on the EasyJet flight from Edinburgh to London.

As airports across Europe and North America struggle with heightened demand and staff shortages, disabled travelers are being disproportionately being affected.

Another example of this is Zara Todd and her partner, Alex Papanikolaou, who were stuck on a plane for two hours at a London airport while waiting for airline staff to bring their wheelchairs.

Todd and Papanikolaou were flying with the budget airline EasyJet from Edinburgh, Scotland, to London Gatwick Airport on July 11. It was her birthday, Todd told Insider. People board an EasyJet flight at London’s Gatwick Airport.

On arrival at Gatwick on Flight EZY808, the two were faced with a 100-minute wait — longer than the total flight time of an hour and 30 minutes.

Todd said she was “tired, thirsty, uncomfortable, and worried” as she waited, and called the trip a “pretty bad way to spend a birthday.”

Todd said that they “landed at Gatwick around 6:30 p.m., but it took until just after 8:00 p.m. for the baggage handlers to get the chairs off.”

“In this time the crew offered us water but I had to decline as the plane was delayed at Edinburgh for two hours, and because I can’t go to the toilet on the airplane I don’t risk drinking three hours before a flight,” she said.

She added that Papanikolaou is able to use plane bathrooms so could accept the water and, luckily, be more comfortable.

“It was my birthday and due to both the delays of the flight and then the delays of the wheelchair I spent seven hours traveling from Edinburgh to London with very little liquid intake on a hot day and little food.”

In a statement to Insider, EasyJet said: “We’re very sorry about the delay experienced by Ms. Todd when disembarking her flight and the difficulty this will have caused.

“We understand how important it is to our customers traveling with their wheelchair that they are reunited with this as soon as possible after their flight, and so we are urgently investigating with our ground handling partner at Gatwick airport why her wheelchair was delayed in being offloaded.”

‘Literally being left behind’

As chaotic air journeys increasingly become the norm this summer, disabled travels are often getting hit harder than others.

James Taylor, an executive for the Scope disability charity, told The Guardian: “On planes we have seen too many examples of disabled people forced to wait a long time for assistance, causing discomfort, frustration and huge delays to their trips.”

“Disabled people are literally being left behind.”

There have been a number of reports of wheelchair users being stranded on planes recently. They include a paralyzed woman who was left for 95 minutes on a flight at Gatwick Airport, and the BBC correspondent Frank Gardner, who said the incident was his fifth.