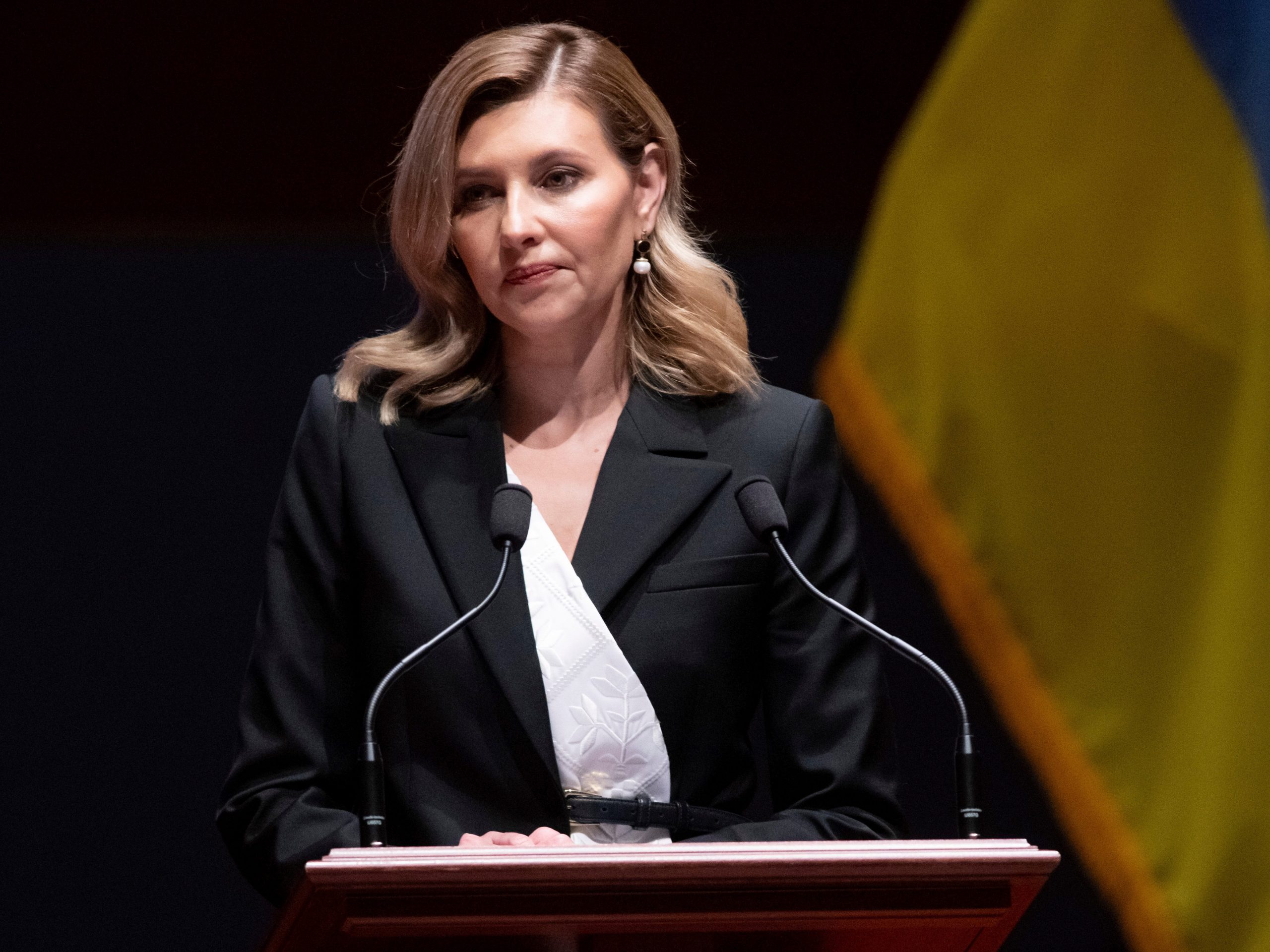 “America, unfortunately knows from its own experience what terrorist attacks are and has always sought to defeat terrorism,” she said in an address to Congress. “Help us to stop this terror against Ukrainians, and this will be our joint great victory in the name of life, freedom, and the pursuit of happiness of every person, every family.”

Zelenska opened her address by telling Congress she was speaking as a “daughter and as a mother” rather than as the wife of President Volodymyr Zelenskyy, noting that she would be “asking for something now I would never want to ask.”

“Russia is destroying our people,” Zelenska said to Congress. “You help us and your help is very strong. While Russia kills, America saves.”

She continued: “I am asking for weapons. Weapons that would not be used to wage a war on somebody else’s land, but to protect one’s home and the right to wake up alive in that home.”

Russia first invaded Russia on February 24 and has since focused much of its efforts on gaining land in Eastern Ukraine.

Its efforts have nearly stalled, though, with a top US General saying Wednesday that Russia has only gained “maybe 6 to 10 miles” of land since shifting the focus of the war.