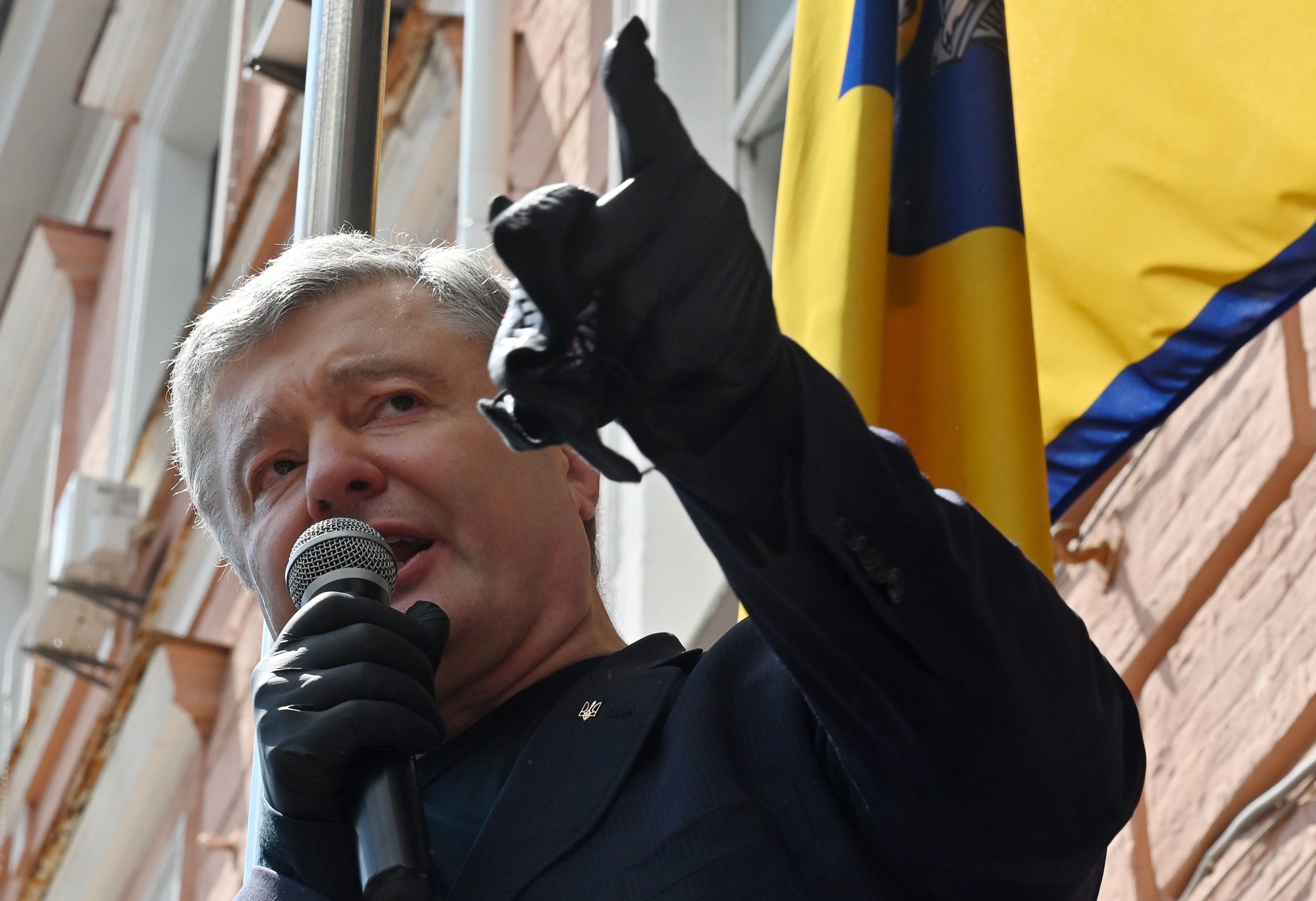 Ukrainian President Volodymyr Zelenskiy’s office on Friday accused his predecessor, Petro Poroshenko, of running away from criminal charges back home, and of engaging in self-promotion harmful to the country just as it faces the risk of a new military attack by Russia.

The statement, by Mykhailo Podolyak, an adviser in the president’s office, was in response to an interview with POLITICO in which Poroshenko insisted that the charges of “high treason” against him amounted to politically motivated prosecution — an act of revenge by Zelenskiy, the actor and comedian who defeated Poroshenko in 2019, denying him a second five-year term.

But even as Zelenskiy’s office leveled its criticism, Ukraine’s State Bureau of Investigation announced that a court in Kyiv had scheduled a hearing in Poroshenko’s case for Monday at 11 a.m.

Poroshenko, who is one of Ukraine’s richest citizens, is now a member of parliament and leader of an opposition party called European Solidarity. He has been accused of “high treason” by helping to organize the sale of large amounts of coal from the war-torn eastern Ukrainian region of Donbass in 2014 and 2015, which prosecutors say helped to finance Russian-backed separatists. In the interview, Poroshenko called the charges “bullshit” and said he would return to Ukraine on Monday as planned, despite the risk of arrest.

Some Western diplomats have expressed dismay that Poroshenko chose to come to Brussels this week and draw attention to Ukraine’s bitter political in-fighting at just the moment that NATO allies were confronting Russia over its huge military build-up along the Ukrainian border.

In the statement, Podolyak said Poroshenko was not above the law and suggested that Ukrainian authorities would resist any external pressure to drop the charges against Poroshenko because that would mean interfering with an independent investigation.

‘The current status of the parliamentarian of Petro Poroshenko … does not give the privilege to ignore the requirements of the law and court orders,” Podolyak said. “Unfortunately, Petro Poroshenko does not say in an interview with foreign journalists that he fled from law enforcement agencies abroad for a month when he simply saw that the investigators had come to fulfill their duties and invite the ex-president to conduct legal proceedings.”

He added, “Unfortunately, Petro Poroshenko simply uses foreign journalists to create pretexts for personal PR in Ukraine and to show in his media that he supposedly has a ‘good press’ and ‘a lot of things to do’ in Europe. One of the basic principles of any democratic state is the equality of all citizens before the law and the courts. We would not want Europe to return to the times when the high political or economic status of a particular person, including the ex-president, puts him above the law and frees him from the need to comply with court orders.”

Podolyak accused Poroshenko of tarnishing Ukraine’s international image. “Finally, the worst thing is that the method of protection chosen by Petro Poroshenko looks like a deliberate and most unjustified discrediting of the reputation of his own country in foreign political markets,” he said.

Poroshenko’s case has echoes of the jailing of Yulia Tymoshenko, a former Ukrainian prime minister, who was imprisoned during the term of her political nemesis, former President Viktor Yanukovych. Many EU governments had lobbied strongly for her release, but she was set free only after Yanukovych fled Ukraine following the Maidan Revolution of 2013-2014. Other leaders of former Soviet countries have also faced arrest after leaving office, including former Georgian President Mikheil Saakashvili, who is now in prison.

In Ukraine, documents show that the country’s general prosecutor took leave on the day the charges against Poroshenko were registered last month, apparently to avoid being responsible for the case. But critics of Poroshenko say that his businesses profited handsomely throughout his five years in office and that he should face a full investigation. In the coal sales, he is accused of conspiring with Viktor Medvedchuk, one of President Vladimir Putin’s closest friends in Ukraine.