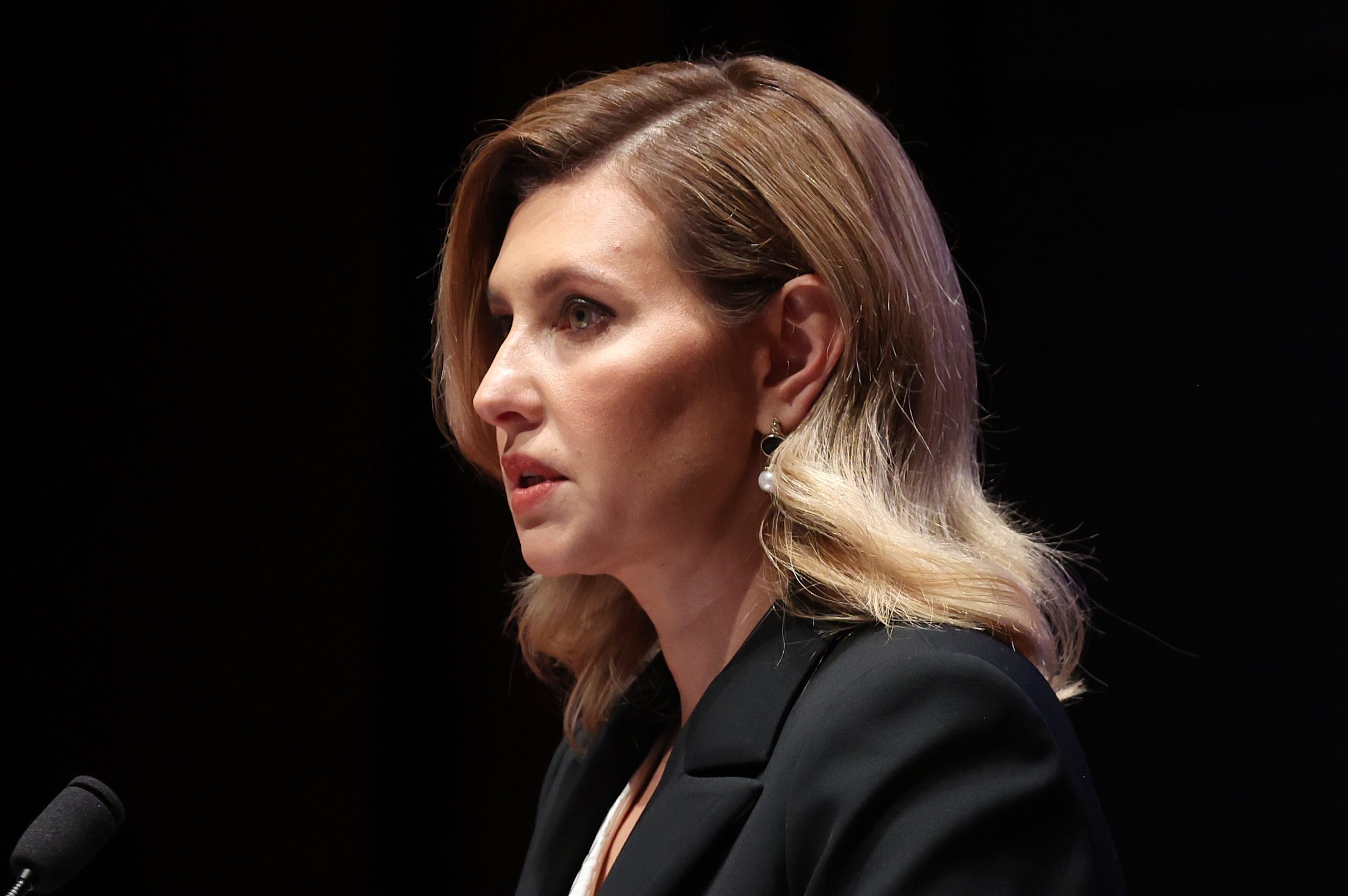 Ukraine’s first lady delivered an emotional speech to American lawmakers on Wednesday, emphasizing the human toll of Russia’s war on her country and pleading with Congress for more weapons.

Olena Zelenska, who addressed members of both chambers at the invitation of Speaker Nancy Pelosi, showed images of Ukrainians who have been killed, injured and displaced, in particular young children. It was an appeal to lawmakers not as politicians but as “mothers and fathers, grandmothers and grandfathers, daughters and sons.”

“While Russia kills, America saves. And you should know about it. We thank you for that,” said Zelenska, who delivered her address in Ukrainian. She denounced “Russia’s hunger games, hunting for peaceful people and peaceful cities of Ukraine.”

After thanking Congress for the tens of billions of dollars in military and humanitarian assistance, Zelenska said more needs to be done. She specifically asked for air defense systems that can intercept Russian missiles that are killing Ukrainian civilians daily, and acknowledged the upcoming August recess that will send lawmakers back to their home states for a critical stretch of the war.

“I am asking for weapons — weapons that would not be used to wage a war on somebody else’s land, but to protect someone’s home and the right to wake up in that home,” she said. “Russia is destroying our people.”

Hours before Zelenska spoke, Defense Secretary Lloyd Austin announced that the U.S. will provide four additional rocket launchers to Ukraine as part of a forthcoming package of military assistance.

Austin, speaking at the fourth meeting of the Ukraine Defense Contact Group, said the High Mobility Artillery Rocket Systems “have made such a difference on the battlefield.” So far, the United States has spent roughly $6.1 billion on military aid to Ukraine.

Around 100 lawmakers attended Zelenska’s speech, including top congressional leaders from both parties. She received multiple standing ovations. Rep. Bill Pascrell (D-N.J.), who was draped in a Ukrainian flag, flashed the peace sign at Zelenska as her speech was wrapping up.

“America, unfortunately, knows from its own experience what terrorist attacks are and has always sought to defeat terrorism,” Zelenska said. “Help us to stop this terror against Ukrainains. And this will be our joint great victory in the name of life, freedom and the pursuit of happiness.”

During her introduction, Pelosi noted that Zelenska traveled to Washington “from the heart of the war zone.” Others saw her speech as a call to action.

“She’s basically conveying to Congress what the human tragedy has been in Ukraine, and putting faces to it,” said Rep. Michael McCaul of Texas, the top Republican on the House Foreign Affairs Committee.

Zelenska’s husband, Ukrainian President Volodymyr Zelenskyy, has remained in Kyiv since the war began but has traveled to areas surrounding the capital to meet with soldiers and survey the devastation that Russia’s shelling has caused.

The address to lawmakers comes a day after Zelenska met with President Joe Biden and first lady Jill Biden at the White House. Zelenska was speaking in the same Capitol room where her husband addressed lawmakers by video four months ago, shortly after Russia’s invasion began.

Quint Forgey contributed to this report.