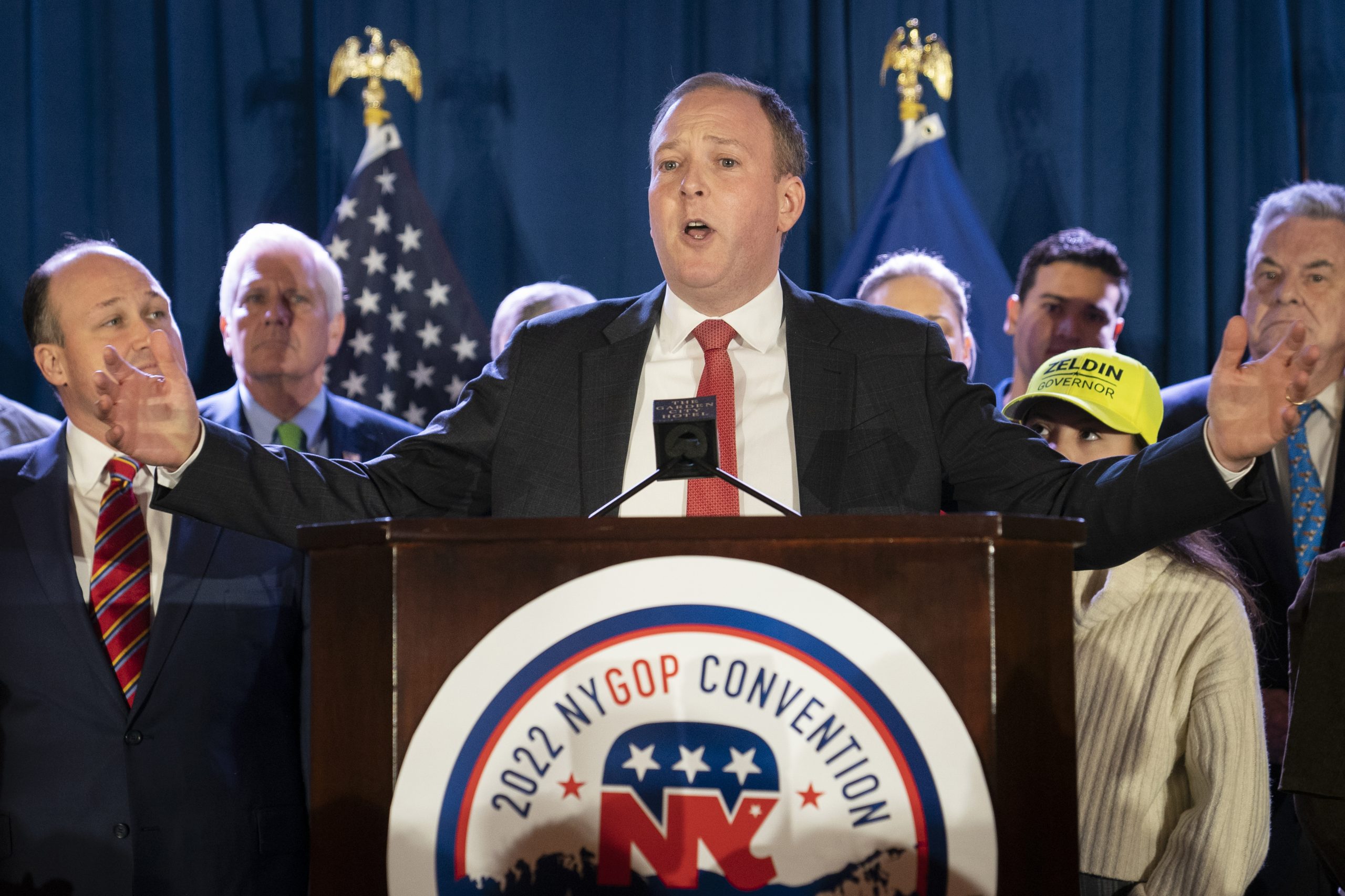 Early results showed Zeldin with 43 percent of the vote with about half of the votes counted. The Associated Press called the race around 10:30 p.m.

Zeldin is now set to face Hochul in November. A Republican hasn’t won statewide office since George Pataki won his third term as governor in 2002.

Zeldin, a four-term congressman from Long Island, emerged as the party favorite more than a year ago as New York Republicans sought a candidate to take down then-Gov. Andrew Cuomo, who had occupied the executive mansion for a decade.

Establishment support and fundraising advantages allowed Zeldin to maintain that early lead over the three other candidates who petitioned their way onto the ballot, despite state GOP chair Nick Langworthy’s stated hopes for a united front.

Zeldin has sold himself to the conservative Republican base with positions that included pro-gun rights, vows to eliminate Covid-era mandates and disgust for a New York bail system that he thinks allows “criminals to commit crimes and be home for dinner.”

While he has acknowledged the strength of New York’s current reproductive rights laws, his anti-abortion rights stance has included suggesting the appointment of a “pro-life” health commissioner.

Zeldin, 42, who is also an officer in the United States Army Reserve, came into politics as an attorney and a state senator.

He was elected to Congress in 2014 and in 2016 became one of former President Donald Trump’s earliest and loudest supporters. He objected to the certification of the 2020 presidential election results, emerged as a vocal critic of the impeachment probe, and defended Trump’s “both sides” comments on the violence in Charlottesville in 2017.

But his gubernatorial campaign hasn’t titled as explicitly on Trump’s name and association as some of his opponents, notably Giuliani, who worked in the Trump administration alongside his father and close Trump associate, former New York City Mayor Rudy Giuliani.