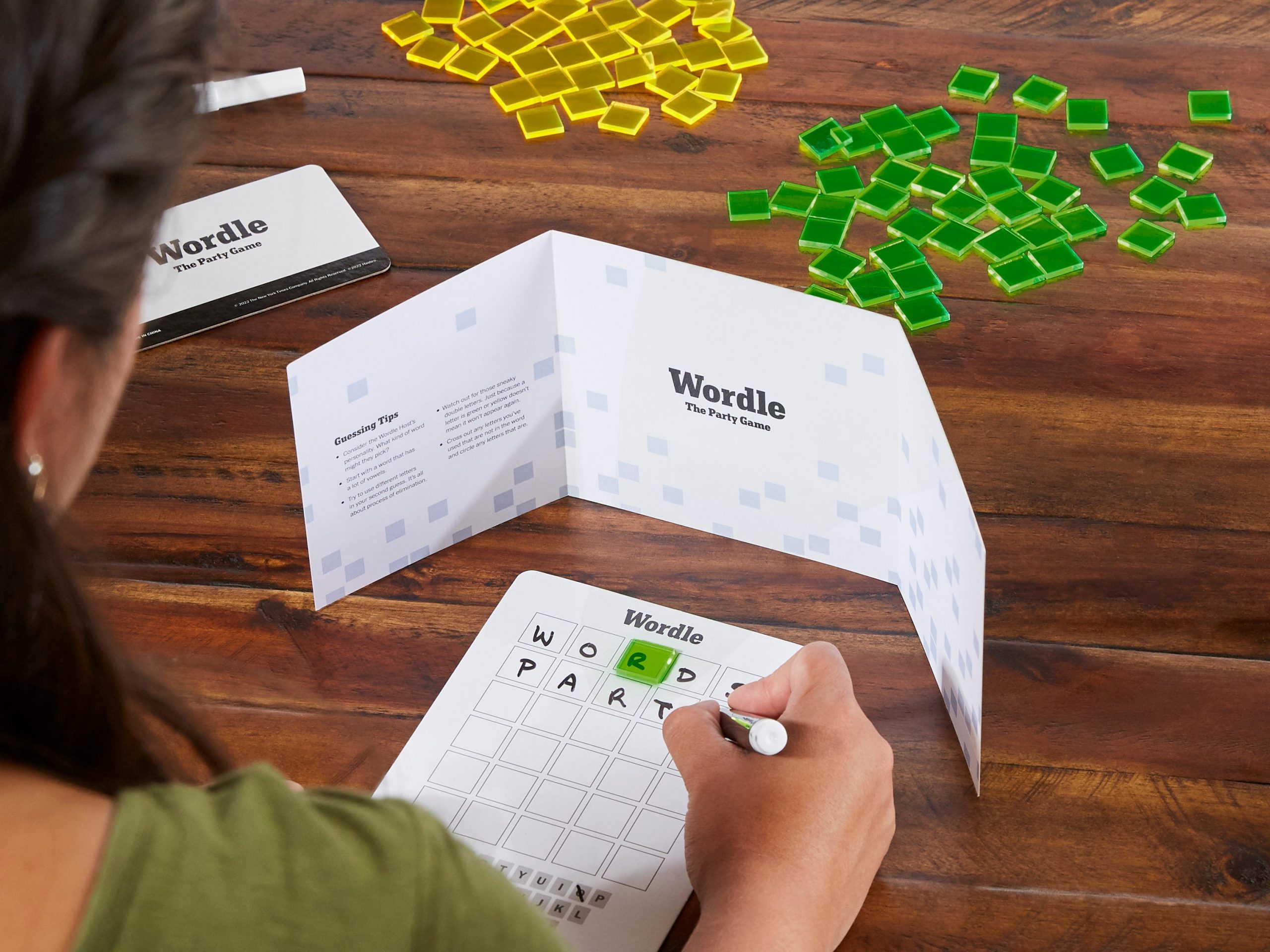 The popular online puzzle game Wordle is being reimagined as a board game.

Wordle, the viral online puzzle game that entranced the internet earlier this year, is now being reimagined as a board game.

Hasbro and The New York Times last week announced the forthcoming “Wordle: The Party Game,” a board game that allows people to play the popular game IRL. Though the game will be available to buy in October, superfans can preorder it now for $19.99 through retailers including Amazon, Target, and Hasbro Pulse.

Similar to the original Wordle, the board game will require players to guess a five-letter word in six tries. In the board game version, however, players are competing against others to see who can guess the word in the fewest tries.

In each round, a player designated as the “Wordle Host” writes down a word for the other players to guess. The fewer tries a player needs to guess the word, the fewer points they score. The player with the fewest points at the end of the game wins.

Wordle first debuted to the public last November, and exploded in popularity in January of this year. Within the first few weeks of the year, the game drew in 2 million players, up from 90 players when it first launched.

The smash-hit puzzle was created by Josh Wardle, a Brooklyn-based software engineer. Wardle said he’d originally built the game for him and his partner to play.

By the end of January, The New York Times purchased the game from Wardle for a sum “in the low seven figures.”

“We have a big ambition to grow our Games audience, and we see it as a really big opportunity,” Jonathan Knight, the general manager of games at The New York Times, told Insider’s Steven Perlman. “Games are a diversion from news, and the news can be brutal sometimes.”