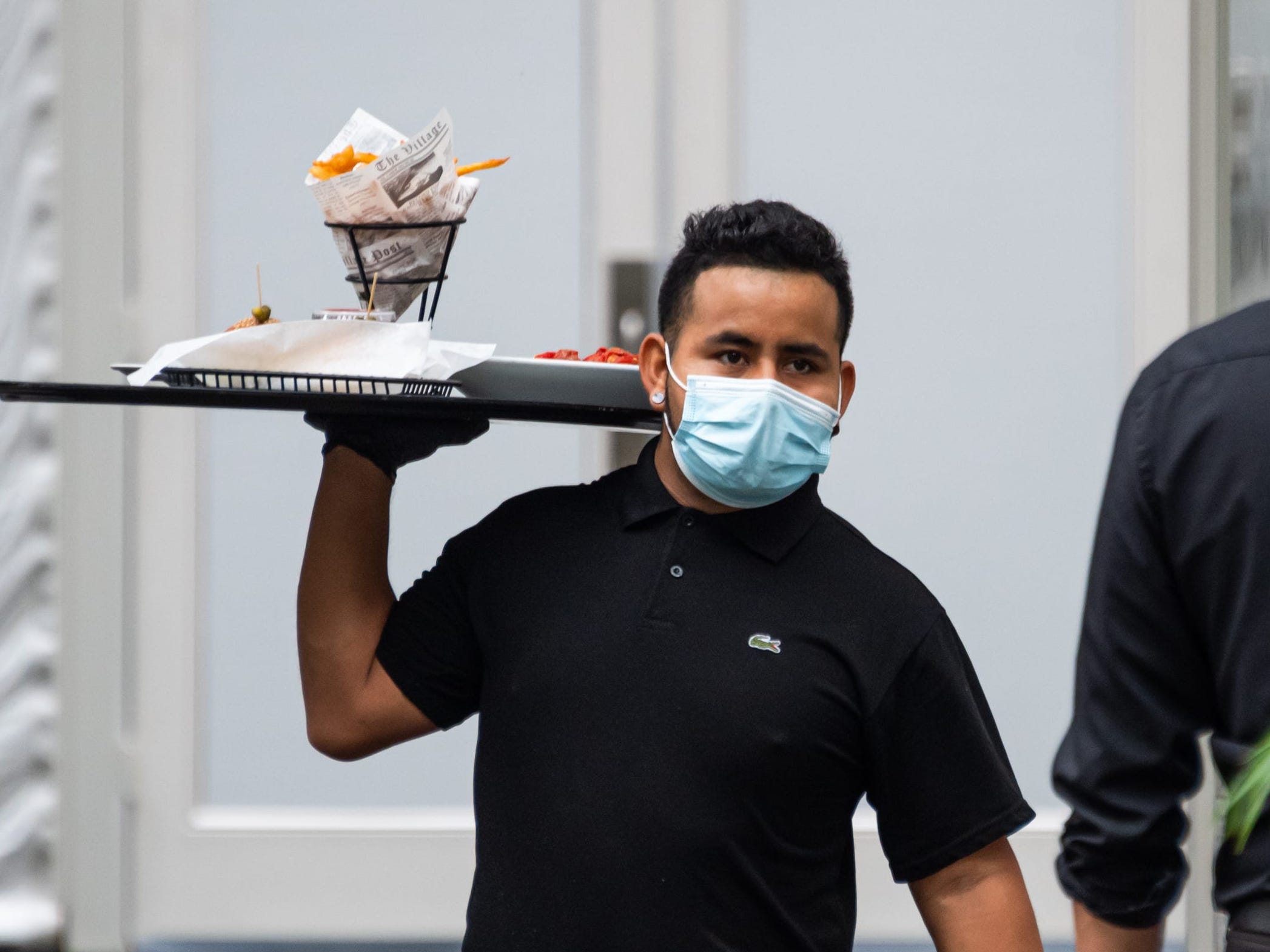 Tipped service workers in more than 40 states are only guaranteed $2.13 an hour from their employers.

“Prior to the pandemic, the restaurant industry was the largest and fastest-growing private sector employer in the US,” Saru Jayaraman, director of the Food Labor Research Center at the University of California Berkeley, said on the latest episode of “Pitchfork Economics.” But restaurants have also always been one of the lowest-paying sectors of the economy.

We frequently refer to the federal minimum wage as $7.25 per hour, but the truth is that $7.25 isn’t the lowest an employer can legally get away with paying their workers. The actual lowest wage an American worker can legally be paid is what we call the subminimum wage, which currently still stands at $2.13 per hour for tipped employees.

Tipped workers in more than 40 states around the nation take home less than the $7.25 minimum wage from their employers, with customer tips making up the rest of their paychecks. Jayaraman, the author most recently of “One Fair Wage: Ending Subminimum Pay in America,” said this has to change.

The subminimum wage for tipped workers is a racist practice, Jayaraman said, which dates back to the time of the Emancipation Proclamation “when the restaurant lobby first demanded the right to hire newly freed slaves, not pay them anything at all, and have them live entirely on this newfangled concept that had come from Europe at the time called tipping.”

Essentially, the subminimum wage allows restaurant owners to outsource their payroll expenses to customers. And the tipping system isn’t some libertarian’s ideal free-market system in which the most efficient workers are tipped exactly what they’re worth. Women and people of color who work for tips always earn significantly “less than white, male tipped workers,” Jayaraman said, “because of the biases we all carry as customers. That got even worse during the pandemic.”

Employer justifications for the subminimum wage tend to fall apart under the slightest examination. The restaurant industry clearly doesn’t need to pay less than the minimum wage to survive because seven states around the country have eliminated the tipped minimum wage, requiring restaurant owners to pay their employees at least the state’s full minimum wage. These states still have a wide variety of restaurants of all kinds.

This isn’t a partisan issue or a matter of more or less prosperous states, either: States with no tipped minimum wage include progressive hotbeds with large wealthy urban areas like California and Washington and red states with relatively low populations and huge rural expanses like Montana and Alaska.

Restaurant workers in these seven states have for years taken home more than the federal tipped minimum wage per hour with no negative effects on the restaurant industry. In fact, Denny’s CFO Robert Verostek told shareholders last year that the chain’s diners in California — which at the time had a $14 minimum wage and no tipped wage — “outperformed the system” with “six consecutive years of positive guest traffic — not just positive sales, but positive guest traffic — as the minimum wage was going up.”

The pandemic has worsened conditions for restaurant workers, and many of them have decided that the subminimum wage isn’t worth the hassle. Jayaraman serves as president for the nonprofit One Fair Wage, which last year surveyed 3,000 restaurant workers who left their jobs during the Great Resignation and found that 54% of respondents said they were abandoning the industry entirely.

Of those leaving restaurant work, “nearly eight in 10 say the only thing that would make them stay or come back is a full livable wage with tips on top,” Jayaraman said. Two bucks and a sprinkling of pocket change per hour isn’t enough to convince them to navigate the racism and sexual harassment that servers routinely face, in addition to all the problems that come with working a public-facing job during a pandemic.

“They are not having it. They’re not putting up with it anymore,” Jayaraman said.