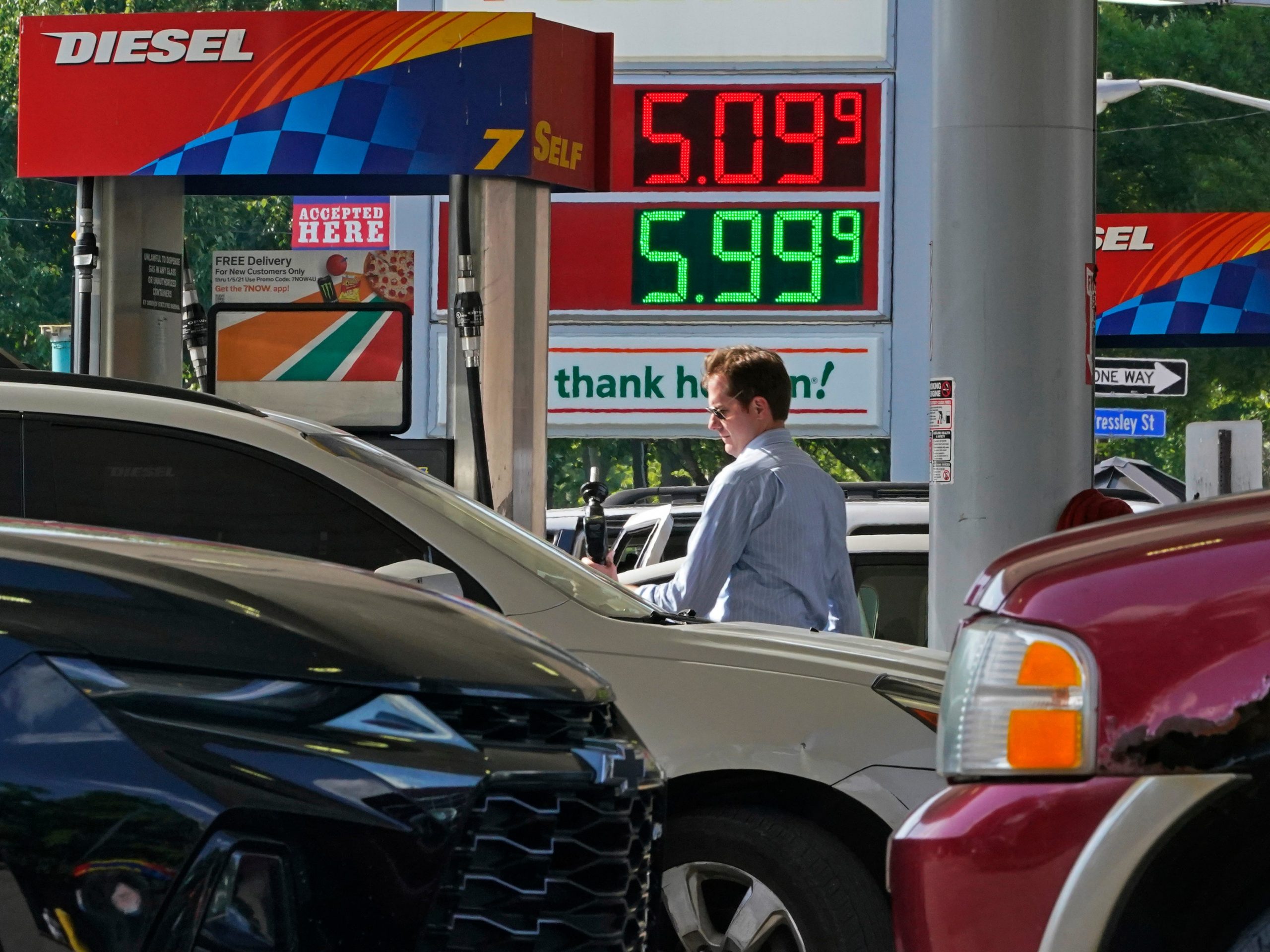 The latest data release from the Bureau of Labor Statistics confirmed what Americans are feeling in their wallets: Things are still really, really expensive.

If you’ve tried to fill up your car recently, you probably know why your budget is feeling squeezed with gas prices still sky-high. And the spike in energy prices is powering the 41-year high inflation we’re seeing right now.

Last month, the Consumer Price Index rose by a seasonally adjusted monthly rate of 1.3% from May and also saw a 9.1% climb for the year ending in June using not seasonally adjusted numbers. That’s higher than estimates from economists surveyed by Bloomberg, who anticipated seeing a year-over-year increase of 8.8%. It marks the highest rate of inflation since November 1981.

So, when inflation seemed like it may have peaked and prices were cooling off, why did inflation rise even higher than expected? The answer: Sky-high gas prices. The Bureau of Labor Statistics found that the energy index — which includes gas — rose by a seasonally adjusted 7.5% over the month of June. That means that rising energy prices alone made up almost half of the increase in inflation. On its own, the gasoline index rose by a seasonally adjusted 11.2% over the month, far higher than the 4.1% in May.

For comparison, the index measuring food rose by just 1.0% over the month, according to seasonally adjusted numbers. In the year through June, food prices have risen by a non-seasonally-adjusted 10.4%. Meanwhile, energy prices have soared by 41.6% year-over-year.

But gas prices have been falling. Weekly gas price data from the US Energy Information Administration shows that after hitting a record high of $5 per gallon mid-June, gas prices are actually coming down.

Americans have been contending with elevated gas prices for months. Part of that is linked to the war in Ukraine, with President Joe Biden banning gas and oil imports from Russia.

“We will not be part of subsidizing Putin’s war,” Biden said in March, referring to rising gas costs as “Putin’s price hike.” The end of the US’s fracking boom has also exacerbated pressures to produce fuel — and driven prices up.

Now, there could be some relief on the horizon and that should help cool the headline inflation figures for July when they’re released next month.

“Today’s data does not reflect the full impact of nearly 30 days of decreases in gas prices, that have reduced the price at the pump by about 40 cents since mid-June,” Biden said in a statement on the June CPI report. “Those savings are providing important breathing room for American families.”

For the week ending July 11, the average price per gallon of regular all formations gas slid to $4.646, according to the Energy Information Administration. AAA has the current average for a regular gallon at $4.631, just under yesterday’s average of $4.655.

Patrick De Haan, the head of petroleum analysis at GasBuddy, previously tweeted that prices could tumble below $4 in some states. On Wednesday, he reiterated that prices were still falling, saying in a tweet that gas prices had declined for 29 days in a row.

According to De Haan, that means that Americans are currently spending $150 million less on gas today than they did on June 14. He also added that over 10,000 stations have a gallon at $3.99 or less. But don’t expect prices to tumble down to the lows seen before the war in Ukraine for some time.

When asked when “we get back to Trump gas prices,” De Haan replied: “Not until a regime change in Russia and more refining capacity to make up for what was lost due to Covid.”