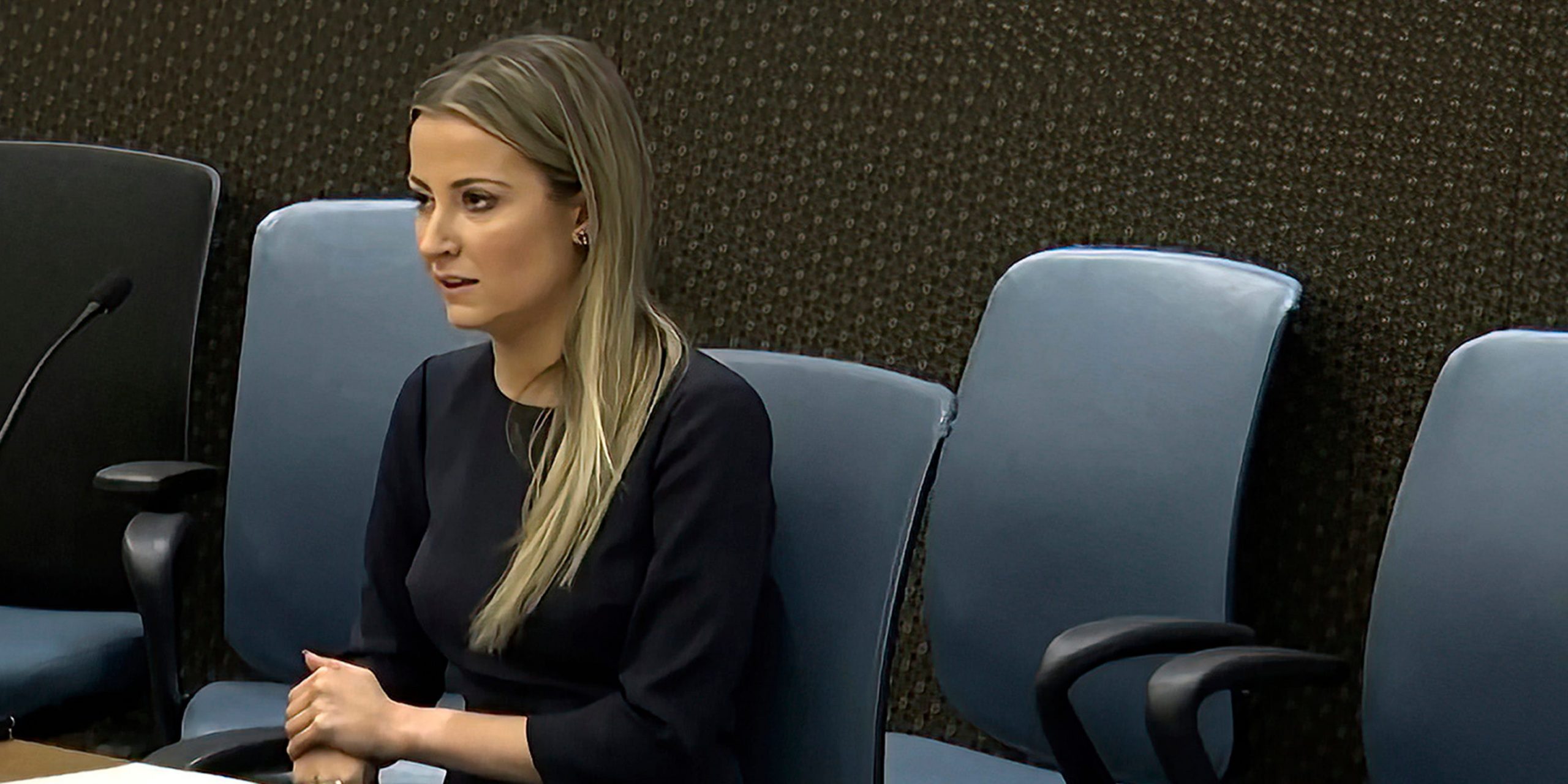 Sarah Matthews, former deputy press secretary for the Trump White House, is expected to testify before the House Select Committee investigating the Capitol attack on Thursday, according to reports.

Matthews was the deputy press secretary in the final months of Donald Trump’s presidency. She was one of several Trump aides to resign on the day of the Capitol riot on January 6, 2021.

At the time, she said in a public statement that she was “deeply disturbed” by the attack and called for a “peaceful transfer of power.”

“I was honored to serve in the Trump administration and proud of the policies we enacted. As someone who worked in the halls of Congress I was deeply disturbed by what I saw today,” she said. “I’ll be stepping down from my role, effective immediately. Our nation needs a peaceful transfer of power.”

On the one-year anniversary of the attack, Matthews wrote in a Twitter thread that the event was “one of the darkest days in American history.”

“Make no mistake, the events on the 6th were a coup attempt, a term we’d use had they happened in any other country, and former President Trump failed to meet the moment,” she wrote.

Matthews also recently came to the defense of former White House aide Cassidy Hutchinson after she spoke before the January 6 committee after Trump, his supporters, and right-wing news outlets cast doubts around her bombshell testimony.

“Anyone downplaying Cassidy Hutchinson’s role or her access in the West Wing either doesn’t understand how the Trump WH worked or is attempting to discredit her because they’re scared of how damning this testimony is,” Matthews wrote on Twitter.

Matthews has already appeared voluntarily before the House Select Committee in February. Video of her testimony was presented at a June 16 hearing, in which she said Trump’s tweet about Mike Pence not having “the courage” to overturn the election was like “pouring gasoline on the fire.”

Before her time in the White House, Matthews worked for Trump’s re-election campaign where she met Kayleigh McEnany, the former White House press secretary, according to an interview with her alma mater Kent State University.

“In June (2020) she poached me from the campaign and brought me on board at the White House as deputy press secretary,” Matthews told Kent State University. “In this role, I serve as a spokesperson for President Trump and spend a lot of my day working with the White House press corps. I also develop messaging strategy, prep Kayleigh for briefings, and staff the president for interviews.”

Matthews is expected to appear as a live witness during the seventh public January 6 hearing alongside Matthew Pottinger, who formerly served as national security advisor to Trump and also resigned in the wake of the Capitol attack.

She is currently the communications director for the House Select Committee on the Climate Crisis.

Matthews did not immediately respond to a request for comment from Insider.