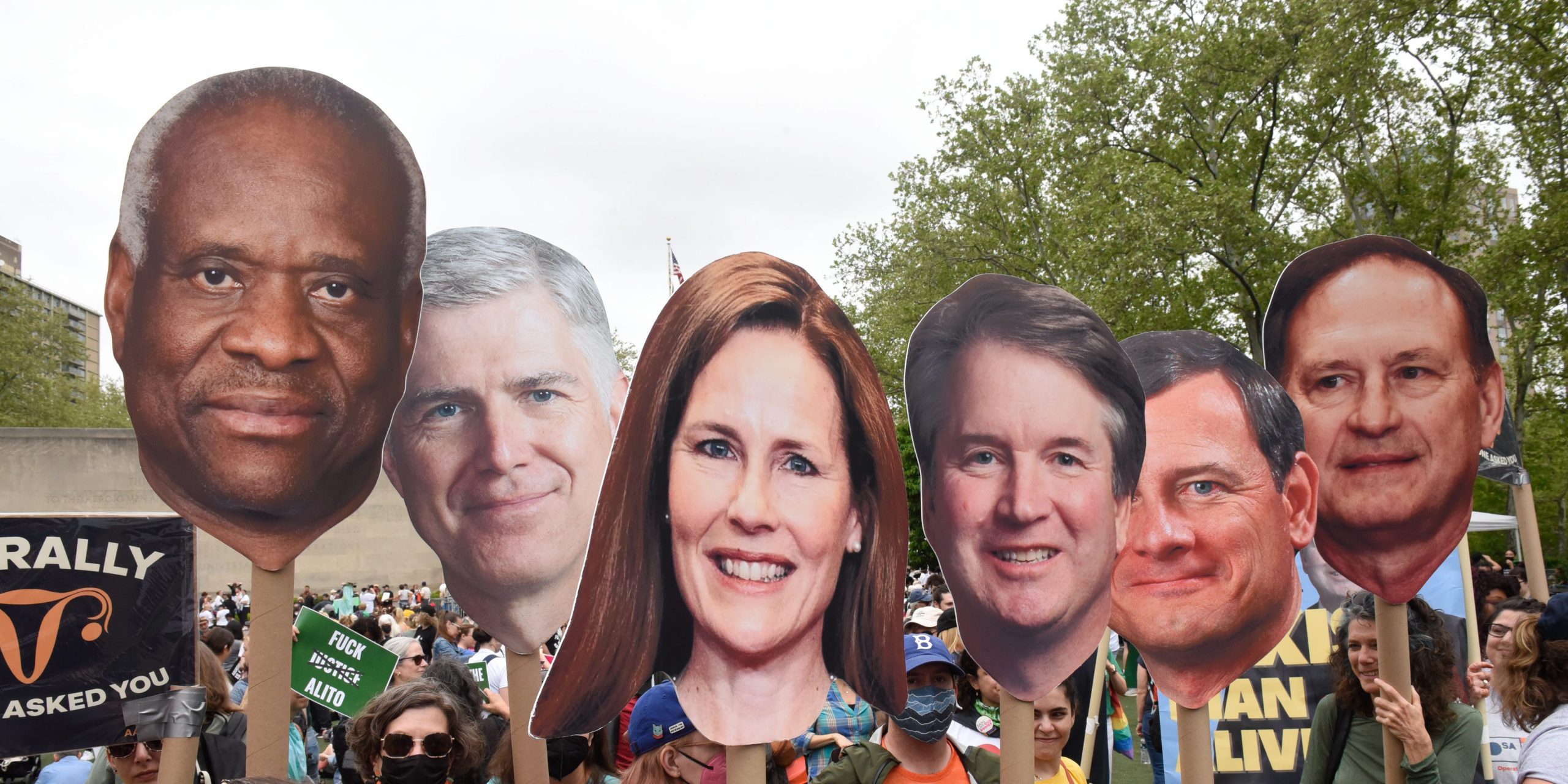 Abortion rights supporters hold signs of U.S. Supreme Court Justices as they participate in a rally and march on May 14, 2022 in New York City.

A left-wing organization will offer individuals up to $200 for sharing the current whereabouts of conservative Supreme Court justices.

On Wednesday, protestors gathered outside of Morton’s, a steakhouse in Washington, DC, after the group, ShutDownDC, learned Justice Brett Kavanaugh was eating dinner there.

Kavanaugh — who alongside 4 other justices overturned the landmark court ruling Roe v. Wade that established abortion rights — was escorted out the back of the restaurant.

“DC Service Industry Workers… If you see Kavanaugh, Alito, Thomas, Gorsuch, Coney Barrett or Roberts DM us with the details! We’ll venmo you $50 for a confirmed sighting and $200 if they’re still there 30 mins after your message,” ShutDownDC tweeted Friday to their more than 23k followers.

ShutDownDC “uses strategic direct action to advance justice and hold officials accountable,” according to their website. It’s unclear who is behind the group as members are not identified on their social media pages or website.

Far-right pundit Tucker Carlson brought attention to the group through his Fox News show on Friday. Carlson suggested his viewers “flood them with reported sightings until they give up.”

“If enough people do that, they won’t be able to do what they want to do — which is to intimidate judges into bowing to their will,” Carlson added.

According to the organization’s Twitter page, the group received an influx of Twitter messages with fake reported sightings of the justices after Carlson’s segment, but they also gained a boost in monetary donations.

ShutDownDC and the Supreme Court did not immediately respond to Insider’s request for comment.