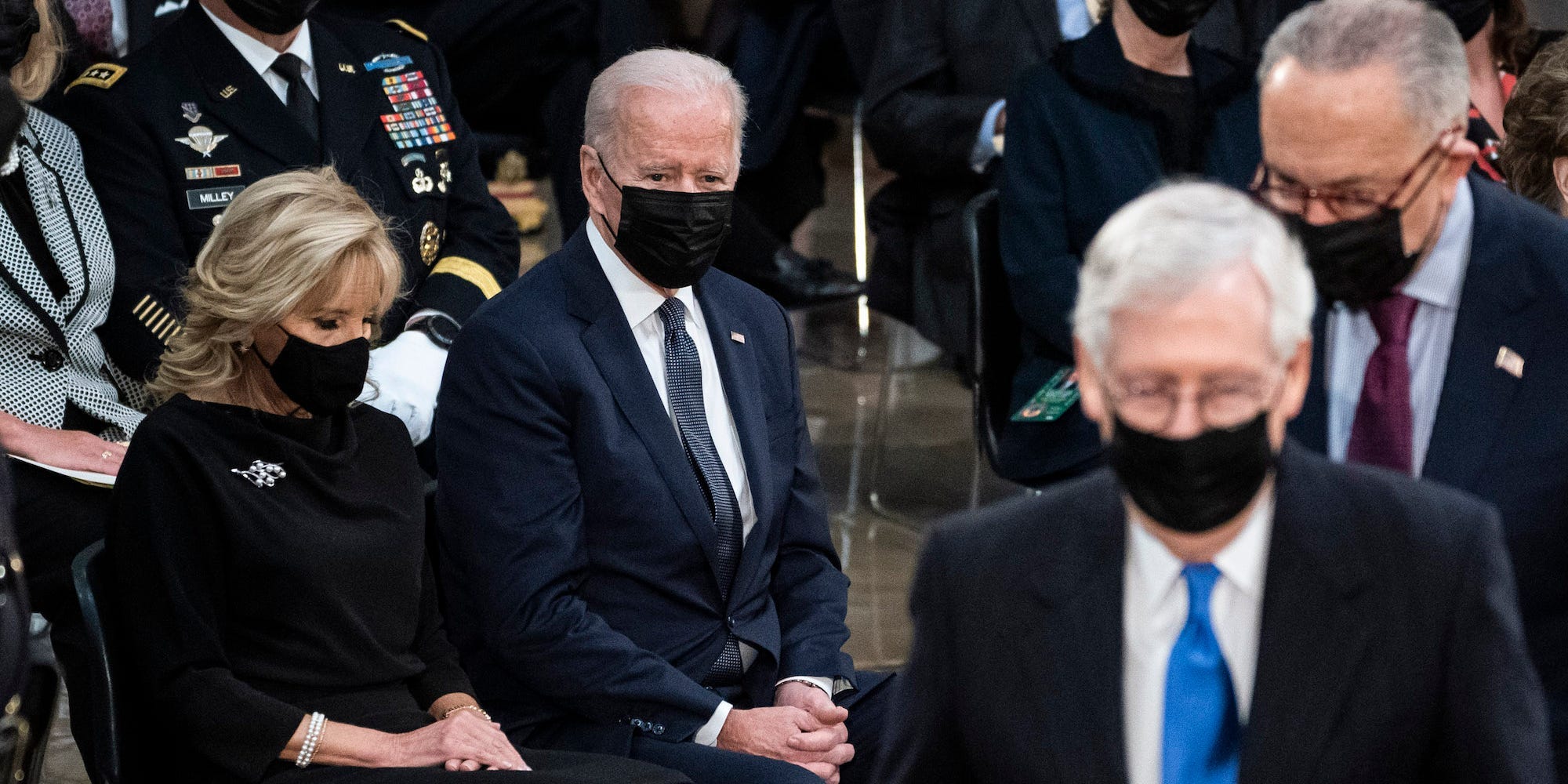 President Joe Biden lashed out at his Senate Minority Leader Mitch McConnell on Wednesday, repeatedly questioning what the Kentucky Republican stood for, rather than what he was opposed to.

“The fundamental question is, what’s Mitch for?” asked Biden, referring to McConnell. “What’s he for on immigration? What’s he proposing?”

Biden’s comments, directed toward a former Senate colleague during the president’s first press conference in 10 months, underscored Democrats’ frustrations with their stalled agenda and Republicans’ apparent lack of an affirmative agenda if they do retake the majority next year.

McConnell, speaking at his own press conference on Wednesday following a caucus lunch, was asked what Republicans would seek to do if they retake control of Congress next year.

“That is a very good question, and I’ll let you know when we take it back,” he replied, adding that in the course of any campaign, each Republican candidate would formulate their own agenda and take their own positions. “The election this fall is a referendum on this all-Democratic government.”

McConnell’s comments mirror reporting done by Axios last year, which revealed that the Kentucky Republican had told donors that he did not plan to release a broader agenda ahead of next year’s midterm elections.

Biden and McConnell have a long relationship, stretching back to when they served together in the US Senate from 1985 to 2009.

“You’ve been a real friend, you’ve been a trusted partner, and it’s been an honor to serve with you,” McConnell said to Biden in a tribute on the Senate floor in December 2016. “We’re all going to miss you.”