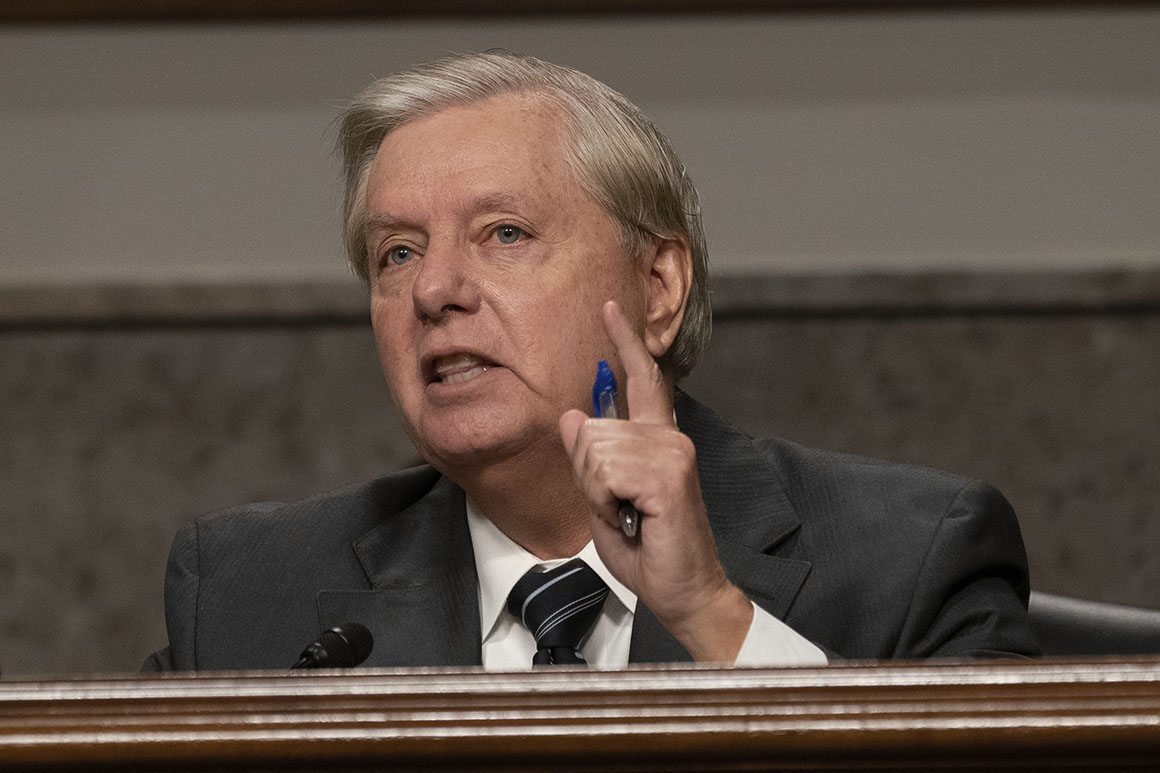 Republican Sen. Lindsey Graham said Sunday that stiff economic sanctions should be imposed now against Russia amid warnings that a military invasion of Ukraine could commence in a matter of days.

In an interview Sunday with ABC’s “This Week,” Graham said while he’s not yet convinced Russian President Vladimir Putin will move to invade Ukraine, he dinged the White House for not preemptively imposing financial penalties against Moscow and argued lawmakers “could do more.”

“I’d like to hit him now for the provocation and have sanctions spelled out very clearly,” Graham said. “We’re talking way too much and we’re doing too little.”

“They’re telling us the invasion is imminent, but they’re not telling Putin with clarity what happens if you invade. He should be punished now,” Graham added. “What I can’t get over is that the world is allowing him to do all this without consequence. The guy took took Crimea in 2014. He’s got 100,000 troops amassed on the Ukrainian border and he’s paying no price at all.”

Bipartisan talks in the Senate led by Foreign Relations Chair Bob Menendez (D-N.J.) and the committee’s top Republican, Sen. Jim Risch of Idaho, aim to produce far-reaching sanctions legislation. Those talks have yet to produce a compromise bill, with Democrats and Republicans still at odds over the scope of some sanctions, though an invasion could spur lawmakers to quickly impose economic penalties on Russian leaders and the country’s financial sector.

Republicans have long insisted the U.S. should impose some sanctions ahead of an invasion, while Democrats and the administration argue those penalties should be held back as a deterrent and imposed after an incursion.

Pentagon chief spokesperson John Kirby reiterated the administration’s position on sanctions in an interview on “Fox News Sunday,” arguing “there’s a deterrent effect by keeping them in reserve.”

“If it’s a deterrent and you use it before the aggression is made, or the transgression is made, then you lose your deterrent effect,” Kirby said. “If you punish somebody for something that they haven’t done yet, then they might as well go ahead and do it.”

Graham predicted the Senate could muster 70 votes for legislation that includes sanctions ahead of an invasion with a waiver.

“That might help him decide not to invade,” he said. “But we should be doing more in Congress.”

Most notably, GOP lawmakers have faulted Biden for not sanctioning Russia’s Nord Stream 2 natural gas pipeline to Germany, which the administration waived penalties on last year to help bolster the American alliance with Berlin. Senators are also haggling over how best to address the pipeline in a sanctions package.

Congress, Graham argued, has “really got to be hard on Nord Stream 2” in a sanctions agreement.

“We’ve got to convince the Russians that the Congress will destroy Nord Stream 2 as a cash cow for Putin,” he said.