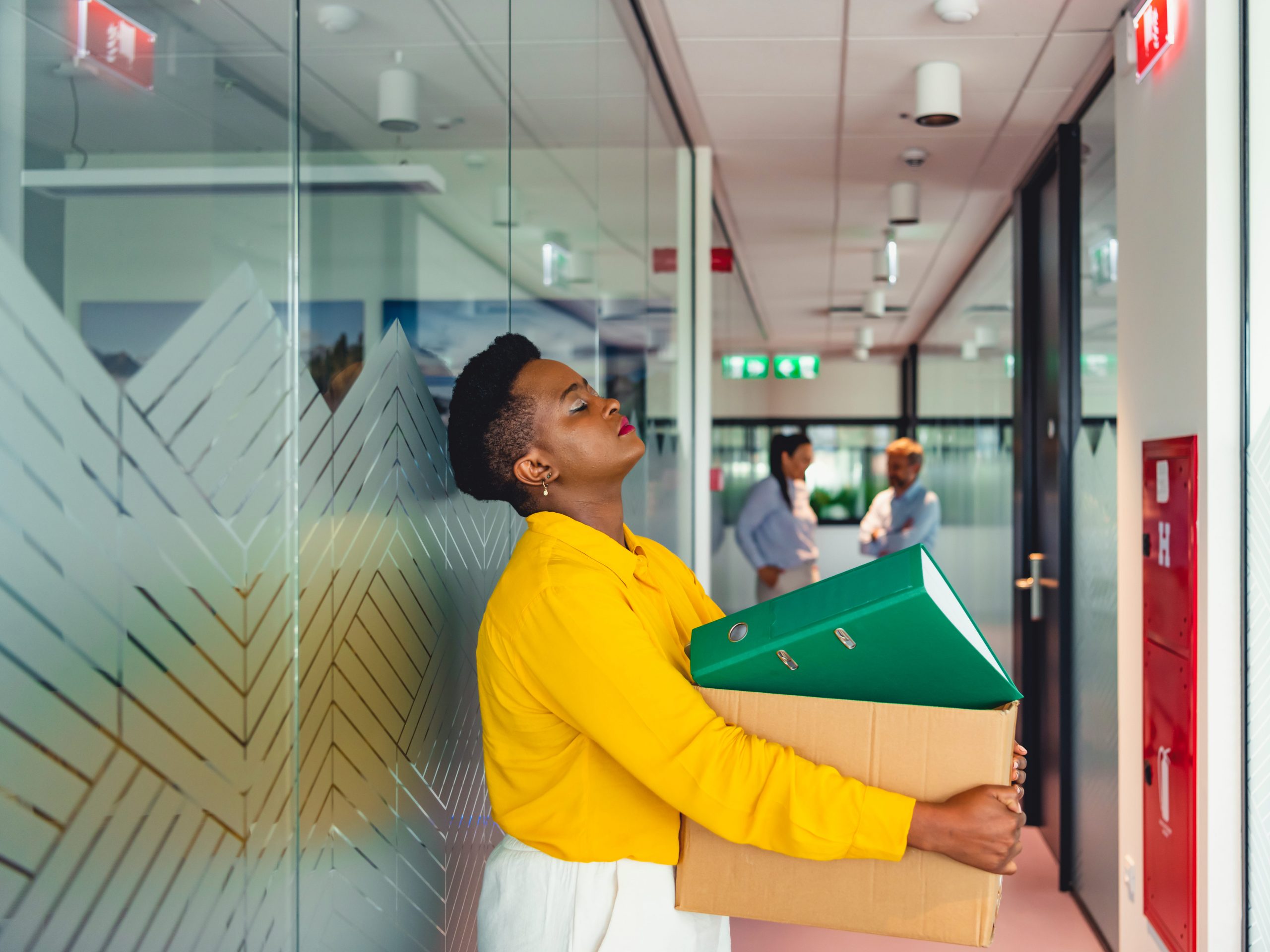 26% of 628 job switchers surveyed by Joblist in June said they regret quitting their last job, and 42% said their new roles have “not lived up to their expectations.”

Isabella Dane got a new job this year and said she was able to “command a higher price point.”

But now the East Coast IT worker, who asked that her real name and the name of her employers be kept anonymous, isn’t so sure it was the right move.

She’s not the only one kicking herself for joining the “Great Resignation”: 26% of 628 job switchers surveyed by Joblist in June said they regret quitting their last job, and 42% said their new roles have “not lived up to their expectations.”

Dane said her new job isn’t a good culture fit for her. She’s required to work in the office every day, despite being told that the firm was moving toward more opportunities to work from home. “The money is nice,” she said, but she hasn’t been working on growing a new team — the job that she expected to do when she was hired.

One reason she left her previous role was because she felt easily replaceable. But even after doing what millions of workers have done to try and assert their own power — quitting for more money and better workplace benefits —her new job hasn’t measured up to her expectations.

Unfortunately for Dane and the millions of other recent job-hoppers, their window of power could be closing as fears of an economic slowdown loom.

The Great Resignation — or Great Reshuffle — has been hailed as a reclamation of worker power, including by this publication. But as recession fears throw cold water on the excitement of saying, “I quit,” economists told Insider that the truth about the Great Resignation isn’t as rosy. Only certain workers have gained any true bargaining power, and even though the lowest-wage workers have seen raises, soaring inflation has largely canceled them out. As the economy and wage growth continues to cool, they’ll be the first to see their upper hand slip away.

Elise Gould, a senior economist at the Economic Policy Institute, a left-leaning think tank, laid out a hypothetical example: “Let’s say you had a little bit of bargaining power in the fall because employers had to work a little harder to attract and retain you, and maybe you got higher wages, maybe you got some kind of a signing bonus,” she said. “There’s nothing structural in our economy that makes that last permanently, or even in the medium term.”

During the pandemic, an “elite set” of workers have improved their work lives by landing remote positions, higher pay, and more flexibility, according to Kathryn Anne Edwards, an economist at the Rand Corporation, a research and policy nonprofit.

Edwards called this group “bleach-collar” workers — typically working in high end services with amenities and a job that meets their income requirements. They’re people like software engineers, who have desk jobs, better benefits, and hover around the top 10% to 15% of the income scale.

They’ve been able to get more amenities from their jobs during the pandemic, like continuing to work from home, pay bumps, and health stipends.

The power of these bleach-collar workers has gotten more concentrated, but who they are — “highly educated, high-income, and white workers” — hasn’t changed, according to research from the Federal Reserve Bank of Dallas.

Power comes from how badly a firm needs you, and how easy it is to replace you with other workers waiting in the wings, said Peter Cappelli, a Wharton professor of management and the director of the school’s center for human resources.

Bleach-collar workers include recent law-school graduates, who have asked for things like remote work and gotten it, Cappelli said. But as the labor market cools off and companies fear a coming recession, the conditions for next year’s class “could be completely different,” he said. The power to negotiate for more “could disappear in a heartbeat.”

“You’re able to demand more from the job if they know that you can successfully walk away,” Edwards said.

As Cappelli put it, during the pandemic and subsequent labor shortage, at least some “employees who did front-line work were no longer powerless, which is where they had been.”

That’s because they were able to gain power at work due to the record-high number job openings and employer competition for their labor. Even Beyoncé released an anthem about quitting your job for a “new drive.”

But what happens when the labor market shifts and companies stop hiring because they fear an economic downturn? Or when a worker doesn’t have the time or resources to find a new job?

“A childcare worker, for example, has little access to a computer or internet at work, and is occupied with a physical task of minding children,” Edwards wrote in a paper for EPI examining worker mobility.

There’s still systemic bias standing in the way for many. It’s well-documented that Black workers and other workers of color are filtered out (and even in this tight labor market, continue to see unemployment rates higher than average). As female workers often have to balance things like childcare and pickups, the opportunities they’re able to take may also be limited.

“The harder it is for a worker to leave, the more power an employer has over that worker’s wages,” Edwards wrote.

Since having an income is a necessity in a country without guaranteed access to shelter, medicine, or food, many would-be job switchers have to settle for whatever they can get.

That’s because companies still wield what’s called monopsony power, which means employers still have the upper hand in setting wages because of a lack of competition between companies.

That power also means businesses have more control over work conditions, including things like precarious weekly scheduling and making employees sign noncompete agreements. Due to monopsony, workers are making 15% to 20% less than they would in a perfectly competitive labor market, according to the Department of Treasury.

While firms with monopsony power may be able to hire more, they may not find workers who are willing to accept the low wages a company is offering, Elise Gould and Heidi Shierholz, the president of EPI, wrote in a 2018 Insider article.

That might ring a bell for everyone who’s been hearing about labor shortages for the last year and that “nobody wants to work.” A lot of companies right now seem to be willing to leave roles vacant rather than raise wages, Cappelli said.

“That’s a puzzle, especially for people who think that this labor market is so tight,” he said. “Why are companies willing to keep positions vacant rather than fill them?”

Employers know that worker demand for higher wages will only go so far — most Americans require a job to feed and house their families and provide health insurance. Without policy interventions such as stipends for childcare or universal healthcare access, those Americans depend on companies to provide that.

Wages have been rising for some, especially low-wage workers. To some extent, the Great Resignation has been a moment where “we are seeing the least monopsony power in the low-wage part of the labor market that we’ve ever had,” Suresh Naidu, a professor in economics and international and public affairs at Columbia University, said.

But it’s “difficult to say” if that will cause any permanent change, according to Naidu. Without institutionalizing worker power with government policy, “there’s real limits on the level of worker power that you can get just by the labor market alone,” Naidu said.

And that gets at the truth undergirding the Great Resignation: Employees are able to quit if they’re privileged enough to be able to walk away, but most workers don’t have that option. And the structural changes needed to preserve worker gains haven’t happened.

“There’s just a limit to what an individual can accomplish, right?” Edwards said. “I can switch to a job that meets my preferences of various things. I can take advantage of this tight labor market to try to make it work for me as much as I can in terms of the job that I have. No amount of individual effort makes childcare affordable.”

Edwards said that depending on whom you ask, the policy answer to making workers’ gains more permanent will be different. For some, it’s unions. Some would call for more regulations. For others, it’s less government involvement.

Cappelli isn’t optimistic about anything making a permanent change: There’s “nothing that I can think of, frankly,” he said, but went on to list unions, government regulations, and a higher minimum wage as things that could turn the tide.

“But I don’t think anybody sees any of that happening,” he added.

Naidu is more optimistic. He’s been so surprised by the events of the last couple of years — an economy-altering pandemic will do that to you — that he’s prepared to be caught off guard once again.

“People surprise us all the time and come up with organizations and models of organizing just out of the blue,” he said. “Every few months there’s some new giant innovation happening, and I’m open to that happening in the space of labor organizing.”

But while labor organizing is up — the National Labor Relations Board said that union-election petitions filed in fiscal year 2022 have exceeded all of those filed in 2021 — union membership is still low. Workers are still organizing, but their efforts might not come to fruition quickly enough to capture the fleeting gains of the moment.

Dane, the IT worker who regrets leaving her role, said: “A salary increase is nice, but there’s only so much difference a few thousand dollars here or there makes.”

“I’m a little despondent,” she said, “because it doesn’t feel like it will ever get back to a place where employees have the ability to negotiate for really functional workspaces.”

Do you regret quitting? Has the Great Resignation not lived up to your expectations? Contact this reporter at [email protected]