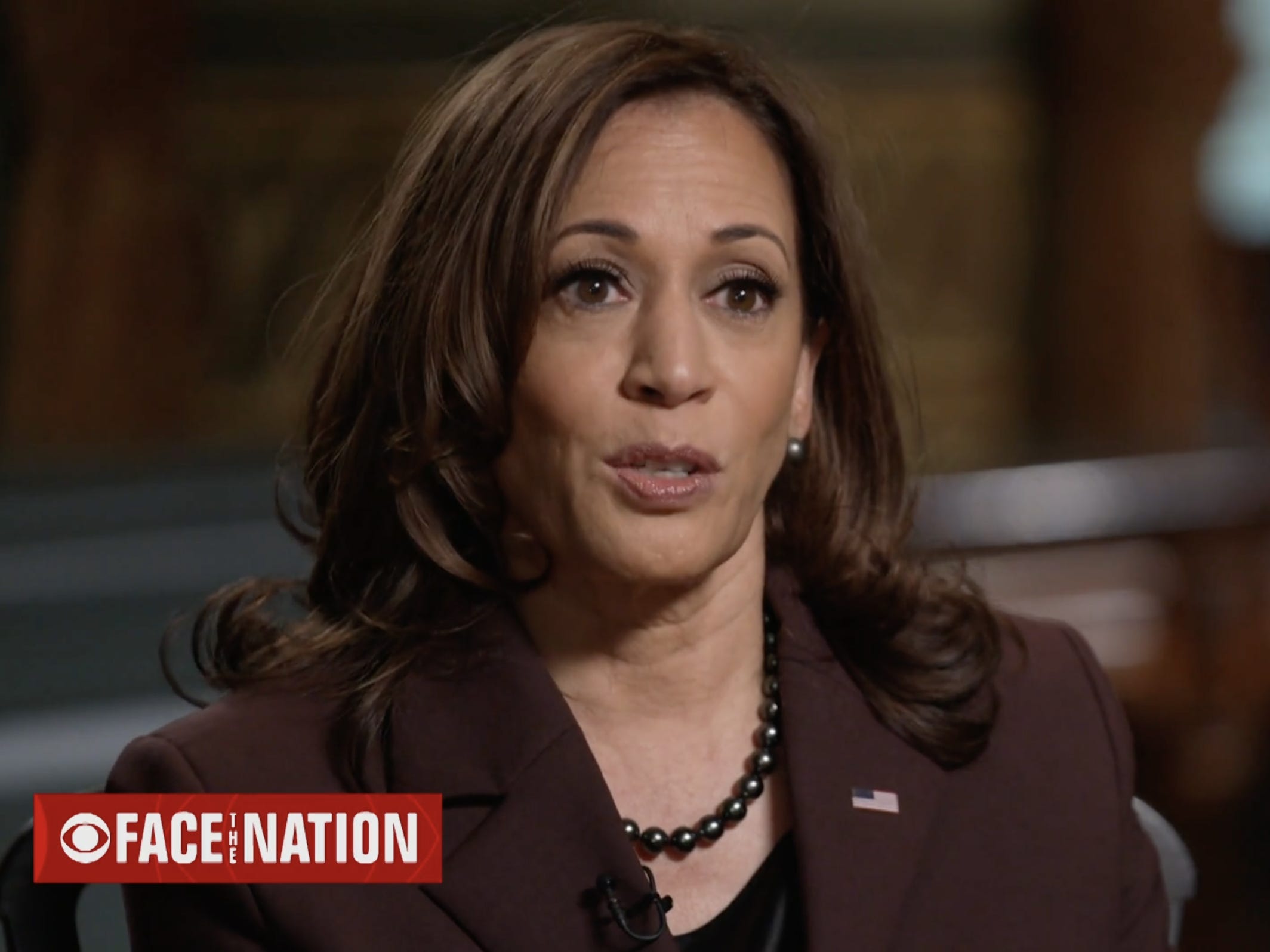 Vice President Kamala Harris during an interview with CBS News.

Vice President Kamala Harris avoided placing blame on unvaccinated individuals amid the recent surge of the coronavirus, and instead urged Americans to take responsibility and get their vaccinations and booster shots.

Speaking in an exclusive interview with CBS’s “Face the Nation” on Sunday, Harris said “it is no one’s fault that this virus hit our shores or hit the world” and cautioned that she does not believe this is a moment to point fingers .

An estimated 62% of eligible Americans are fully vaccinated, and about 32% of eligible individuals have received a booster shot, according to data from the Centers for Disease Control and Prevention.

As COVID-19 cases rise across the country due to highly infectious Omicron variant, Dr. Anthony Fauci warned Americans of a “really dark time ahead” come mid-January as the virus continues to spread.

Meanwhile, scientists are scrambling to ensure tests and shots are effective against the new variant. Moderna has stated its booster shot increases antibody levels against the Omicron variant, while GlaxoSmithKline reported its antibody drug works against all Omicron mutations.

Harris said earlier this month that the Biden administration did not foresee the Omicron variant nor the magnitude of its impact.

“We didn’t see Omicron coming. And that’s the nature of what this, this awful virus has been, which as it turns out, has mutations and variants,” Harris told the Los Angeles Times.

In Sunday’s interview, Harris reiterated the administration’s determination to pass the Build Back Better agenda, while also addressing the lack of progress on voting rights legislation and the contested withdrawal from Afghanistan earlier this year.