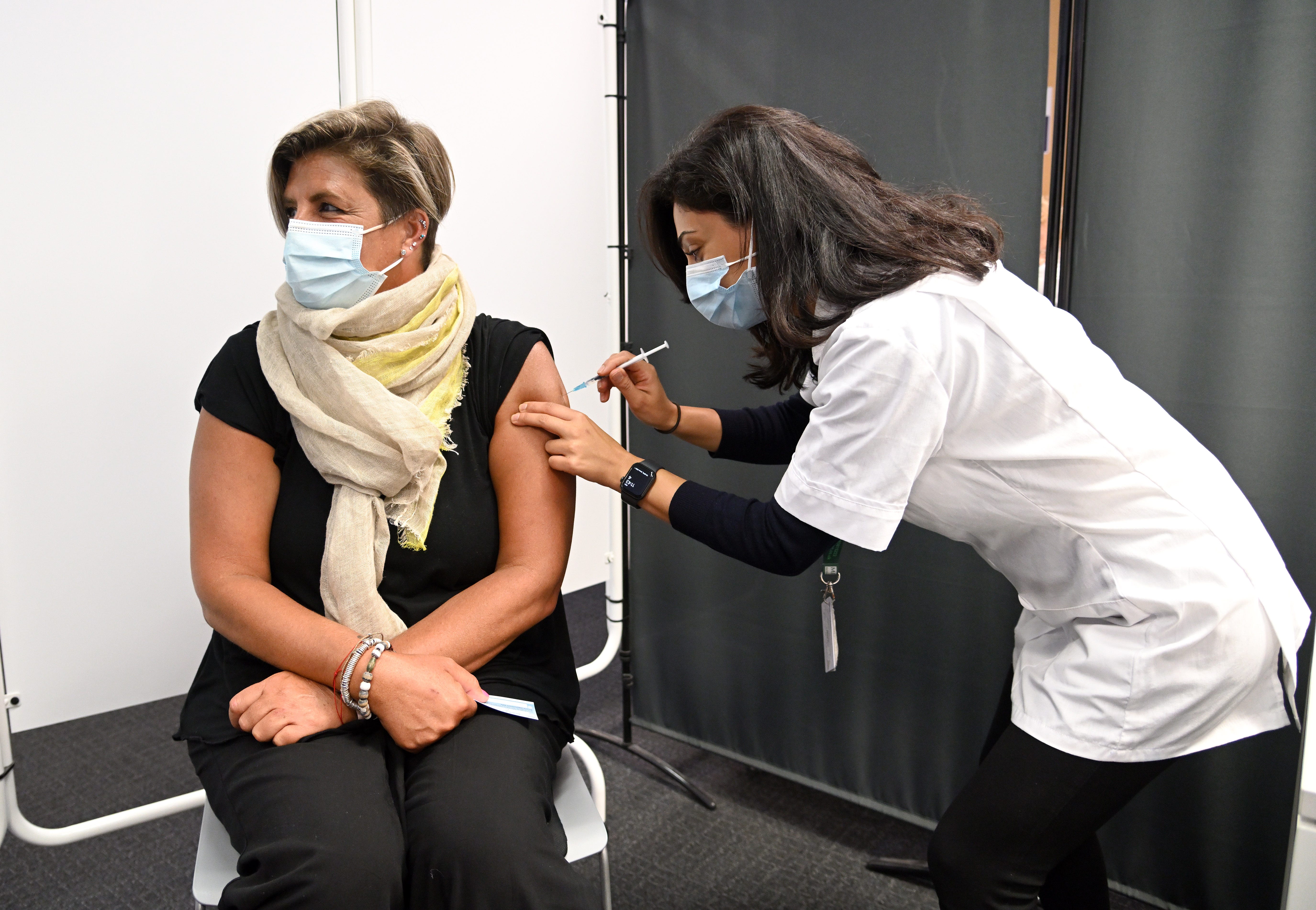 It’s the brightest spot in the pandemic right now: the Omicron variant doesn’t seem to be making people as sick as Delta once did.

South African doctors first noticed the trend in November, and the pattern seemed to hold as the variant spreads to Europe and North America.

The Centers for Disease Control and Prevention noted earlier this month that most Omicron cases in the US have produced relatively mild symptoms, including cough, fatigue, congestion, and runny nose. Headache, fatigue, runny nose, sore throat, and sneezing are also the top Omicron symptoms reported to the Zoe COVID-19 symptom tracker, a smartphone app that logs how hundreds of thousands of people are feeling across the UK.

On top of that, Omicron’s rapid spread doesn’t seem to be driving up COVID-19 hospitalizations as much as previous strains. A Wednesday report from Imperial College London found that people infected with Omicron had a 20-25% lower risk of being hospitalized than those infected with Delta.

But scientists are still puzzled over whether Omicron is inherently less virulent, or if vaccines and prior infections are simply preventing more people from getting severely ill.

“Truthfully, I think that the reason why the early reports that Omicron is not as severe has nothing to do with the virus having evolved to a less virulent state,” Vaughn Cooper, the director of the Center for Evolutionary Biology and Medicine at the University of Pittsburgh, recently told Insider.

“I actually think that’s nonsense,” he added. “I think it’s entirely because it’s infecting people that have already seen a coronavirus just like it before.”

Researchers at Imperial College London suggested last week that Omicron had “at most limited changes in severity compared with Delta.” They also found that Omicron was 11% less likely to produce severe disease than Delta after controlling for factors like age, underlying health conditions, previous infections, and vaccination status.

So unvaccinated people may face the same risk of severe disease from Omicron as they did from other variants.

A South African study found that, once people were hospitalized with COVID-19, their risk of severe outcomes didn’t change much based on whether they had Omicron or another variant. The study examined more than 160,000 COVID-19 cases from October to December but didn’t control for previous infections or vaccination status and hasn’t been peer reviewed yet.

“I’m still of the sense that our immunity is working really well,” Katelyn Jetelina, an epidemiologist at UTHealth School of Public Health, told Insider. “We still have yet to see solid evidence that Omicron is causing less severe disease” independent of vaccines or natural infection. Vaccines are still proving to be a powerful tool against Omicron, particularly for people who have received a booster shot.

A booster dose may raise that protection to 70%-75% against symptomatic disease, according to a recent report from the UK Health Security Agency.

A prior coronavirus infection may also confer some level of protection against Omicron, according to a small lab study published last week.

But Omicron seems to be better than other variants at evading antibodies — the virus-fighting proteins that play a key role in our immune response. Antibodies can help ward off infection when present in large amounts, but they’re not our only form of protection. Vaccines also activate other parts of the immune system, such as B cell and T cells, which can stop an infection from getting worse.

“Certainly from everything we know about T cells, this is what they do — control a virus once you’ve been infected. So this is their time to shine,” Wendy Burgers, a virologist at the University of Cape Town, told Science on Monday.

Burgers’ research suggests that two doses of Pfizer’s or Johnson & Johnson’s vaccine produced a 20-30% lower T cell response against Omicron than against the original strain. By contrast, lab studies have shown a much starker decline in antibody levels: In one Pfizer study, neutralizing antibodies against Omicron dropped 96% in blood samples from people who’d received two doses. Jetelina said there’s still a chance that Omicron will prove, in time, to be less virulent than other strains.

In a recent study that hasn’t been peer reviewed, UK researchers found that Omicron may be less efficient at infecting certain cells relative to Delta or other coronavirus strains — a possible explanation for the mild disease observed among most Omicron patients. Another study from the University of Hong Kong found that Omicron had a harder time replicating in the lungs than the original coronavirus strain.

“If it truly is less severe, then our organs may not be as overtaken with Omicron than, for example, with Delta,” Jetelina said.

But scientists warn that it’s too soon to dismiss Omicron cases as resembling the common cold, even if the variant winds up being milder on its own. Omicron is still highly transmissible — cases are doubling every two to three days in the US — and hospitalizations are bound to rise the more it spreads.

“Even if Omicron is ‘less severe,’ people still do end up at the hospital,” Jetelina said. “If a virus is moving through 330 million people, that small percentage can add up very quickly.”