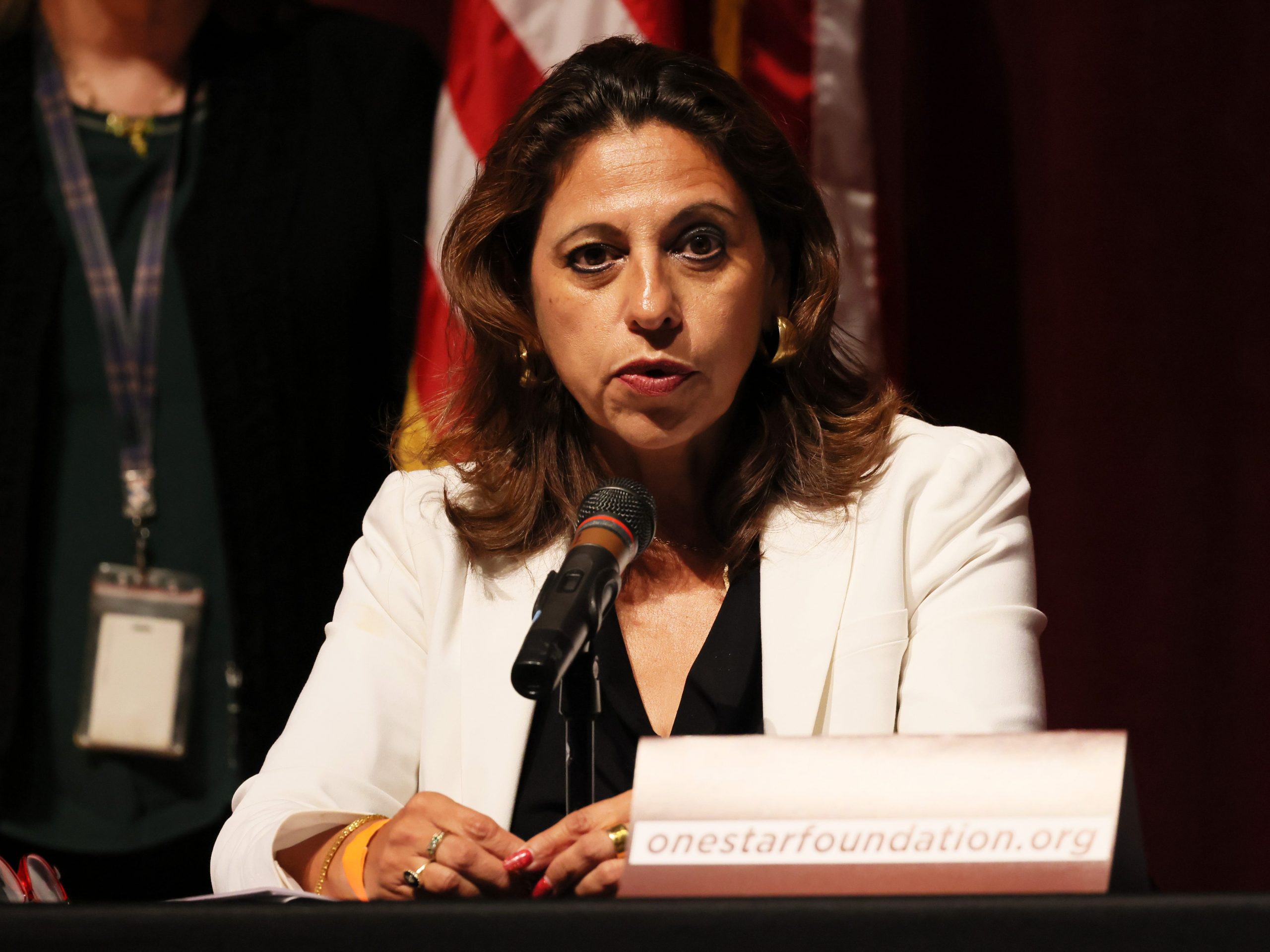 Christina Mitchell Busbee, 38th Judicial District Attorney, speaks during a press conference about the mass shooting at Uvalde High School on May 27, 2022 in Uvalde, Texas.

On Friday, Uvalde District Attorney Christina Mitchell Busbee said she is meeting with victims’ families and keeping them updated with information about the school shooting that killed two teachers and 19 students in the Texas town on May 24.

Her statement came after some community members criticized the DA and other public officials at a city council meeting on Thursday night for preventing them from having access to information about the shooting at Robb Elementary School.

According to the Texas Tribune, Irma Garcia, a sister of one of the two teachers who was killed, was in attendance and said, “nobody’s giving us any answers, it’s been over a month, you have no idea how frustrating that is. We’re sitting here, just listening to empty words.”

“We’re not here just to sit around, we are demanding answers. Show your face, answer our questions,” Quintanilla-Taylor said.

But in a Friday interview with ABC News, Busbee said the department is “trying to make sure that they’re [families] getting the resources that they need.”

She also told ABC News conversations with the families have been ongoing and she is updating them about where officials are in the investigation.

This isn’t the first time family members have pleaded with officials for information: At a city council meeting last month, families rallied to have the Uvalde School District Police Chief Pete Arrodondo removed from his city council position. Arrodondo stopped cooperating with the state’s investigation just days after the massacre occurred.

Many are concerned that authorities will be less forthcoming about releasing information on the shooting due to a Texas law nicknamed the “dead suspect loophole.” The loophole gives police discretion when releasing investigative records if the accused was not convicted of a crime.

Reports show police failed to respond quickly to the shooting, waiting over an hour to stop the rampage while the attack unfolded.

ABC News reported Busbee will be putting out a statement “at some point” in response to accusations from victims’ families who say she is covering up the police response to the shooting.

Busbee’s office did not immediately return Insider’s request for comment.